I think I mentioned that someone dumped a box full of kittens and their mother at the end of farm buddy's driveway a while ago?  We found homes for those kittens and made an appointment to have the mother spayed. The weather interfered with her appointment and as the days went by, Miss Marigold started getting suspiciously large.  Three weeks ago, these showed up... 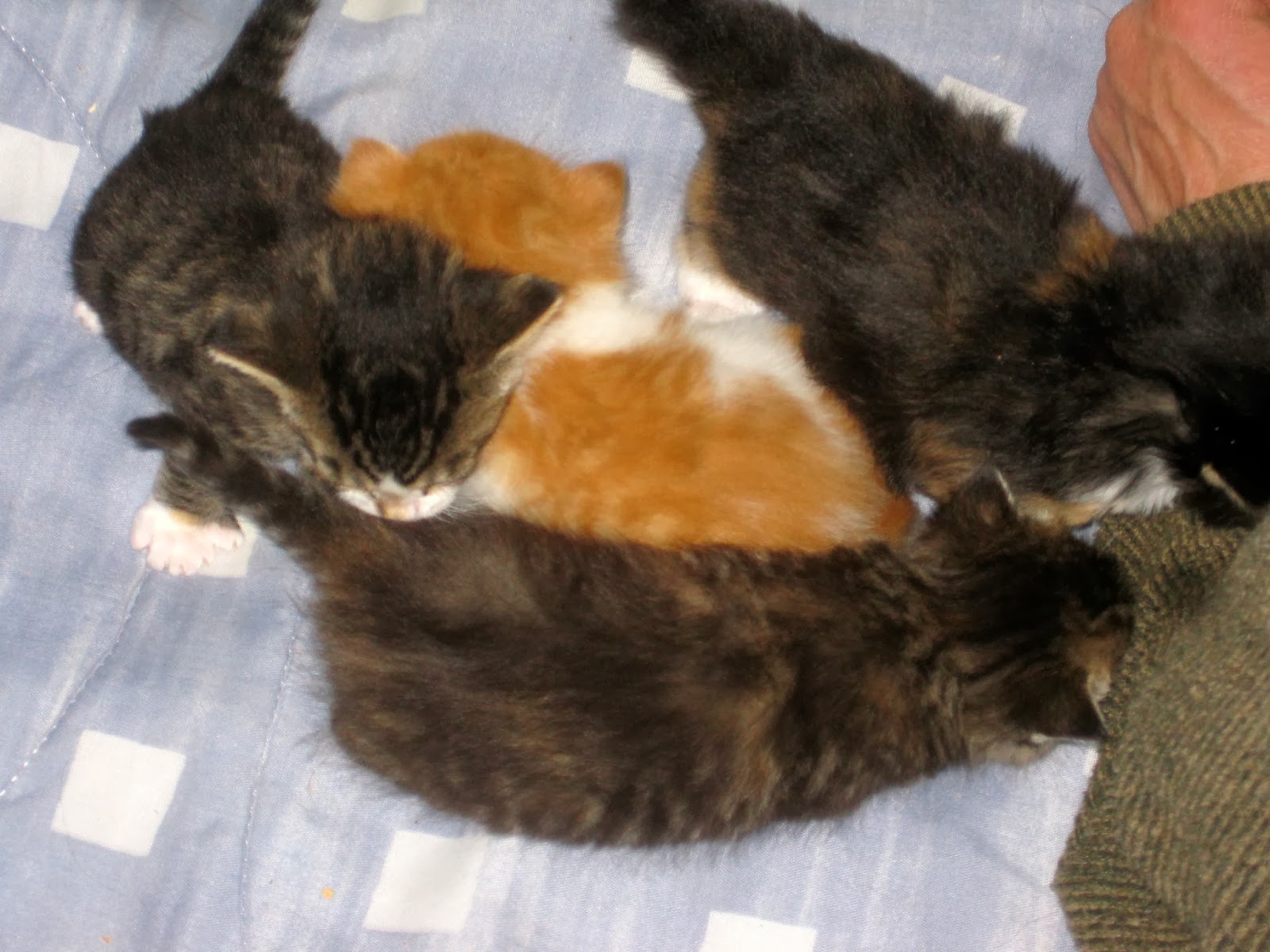 Nothing like having a box of kittens dumped off with the added bonus of another litter on the way.  I am not going to get into how I feel about people who dump cardboard boxes full of kittens on the side of the road.  Nor am I going to go into the stupidity inherent in the idea that "all farms want more cats".  If I get started down that route, I'll be typing all night. 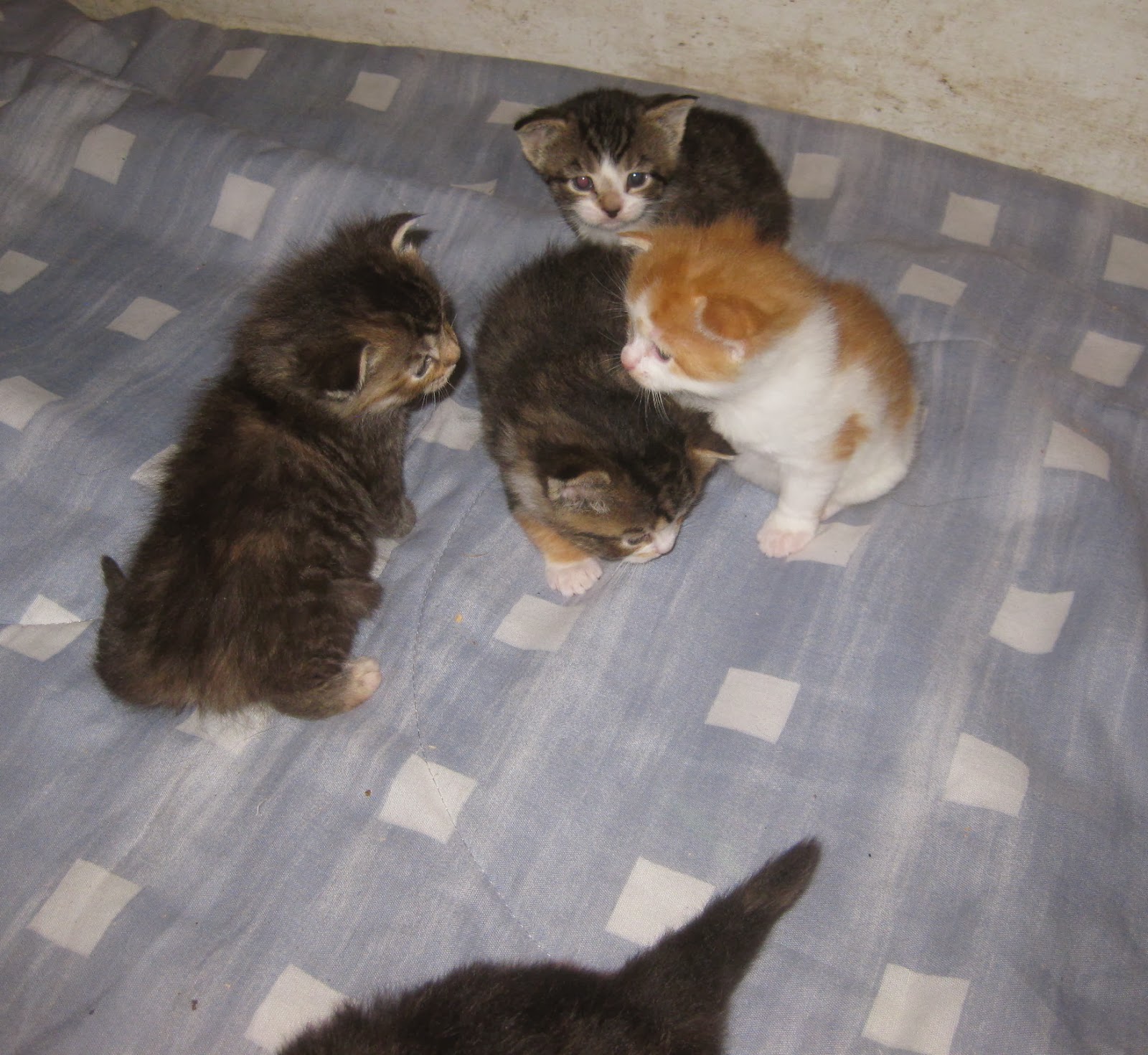 Suffice it to say that I am not impressed with people who throw away animals with the same uncaring disregard that goes into throwing a bag of garbage out the car window. 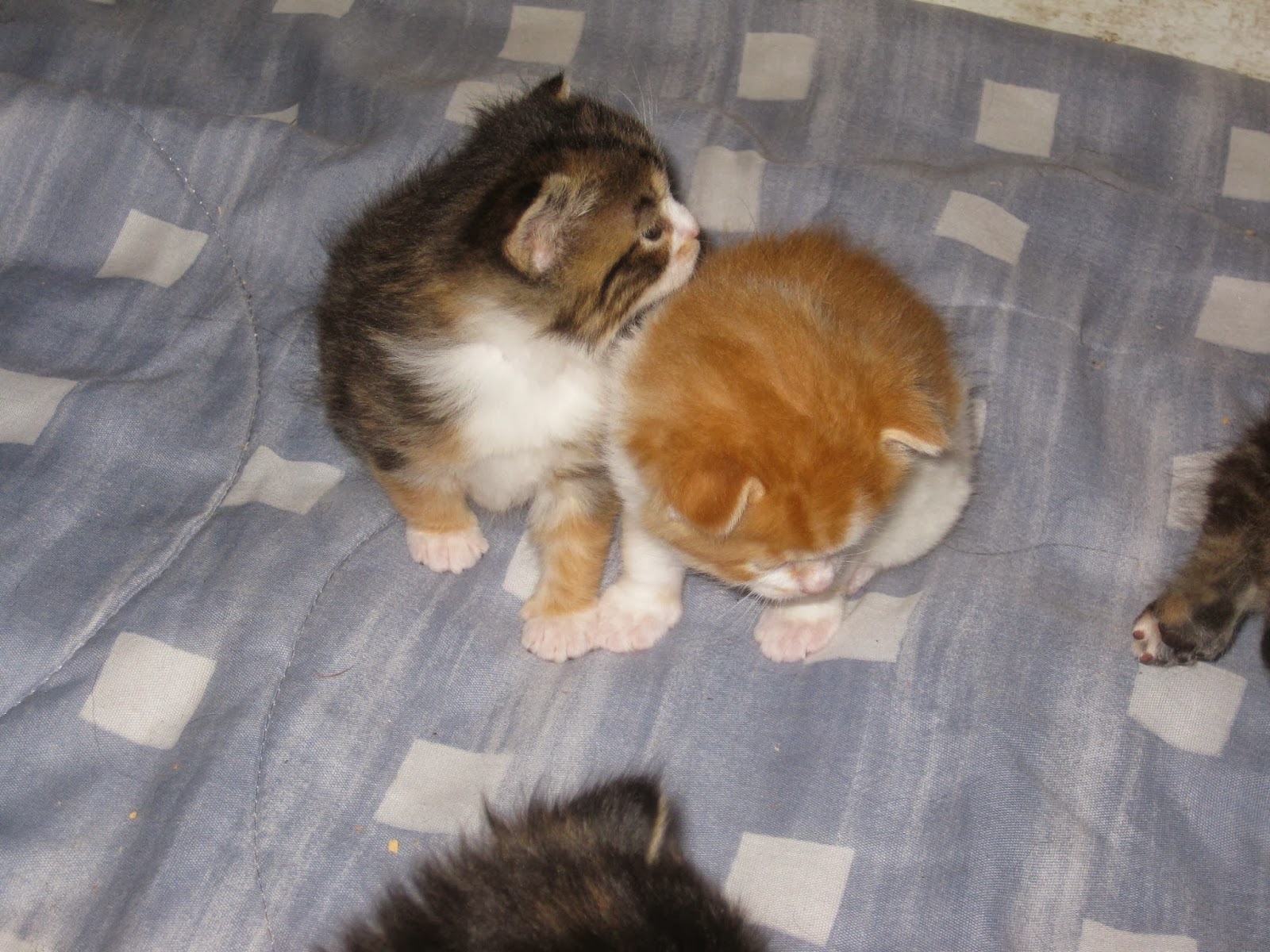 With all of that left unsaid, we just need to find homes for another bunch of throw-aways.  They will be ready to go in about 5 weeks. All that is required is a promise to take care of them, get them neutered and not throw them away again. Marigold, the mother, has a home waiting for her with Farm buddy's sister when the kittens are weaned.  She is an excellent mother, but these will be her last kittens as she will be spayed as soon as possible. 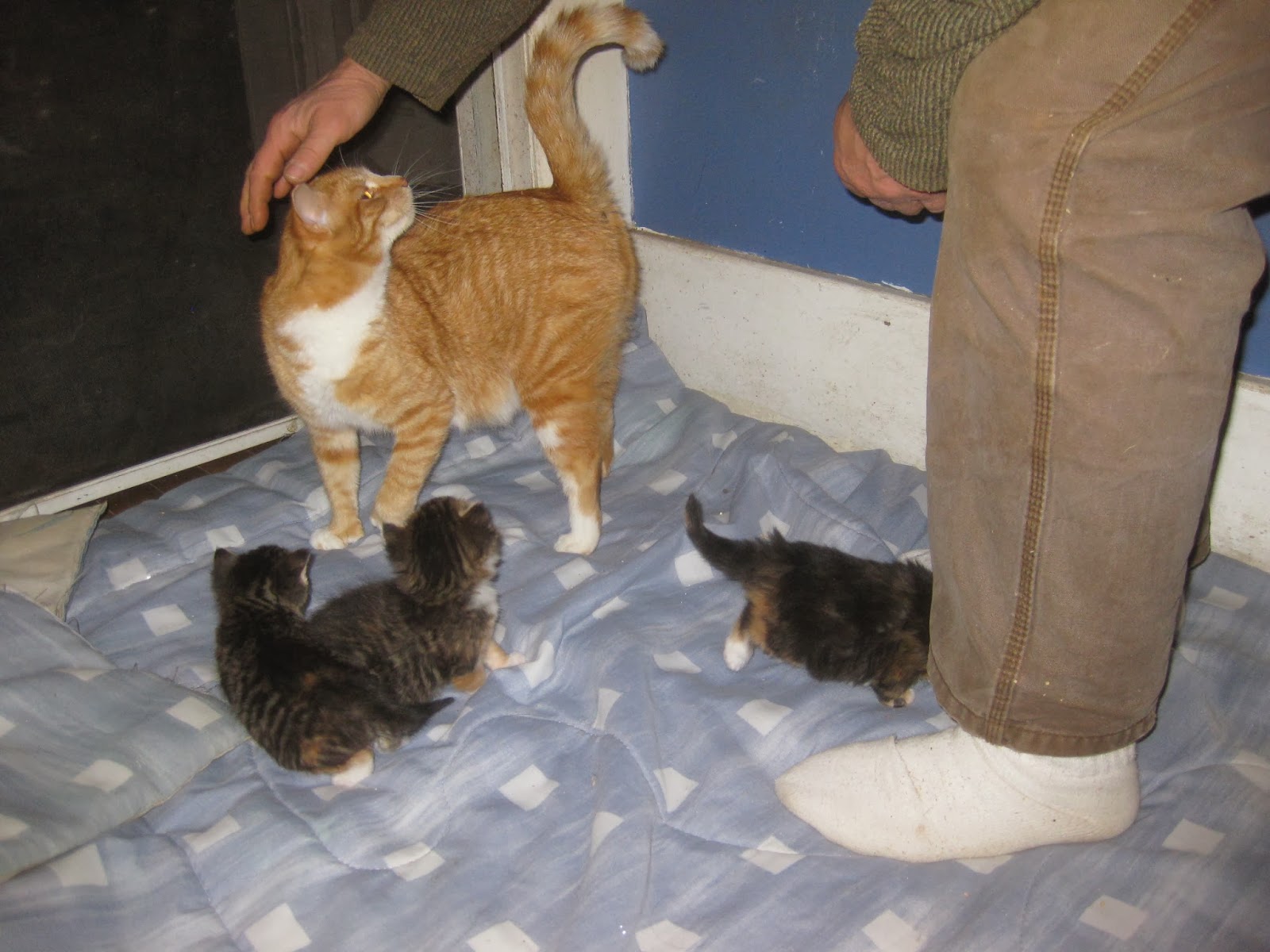 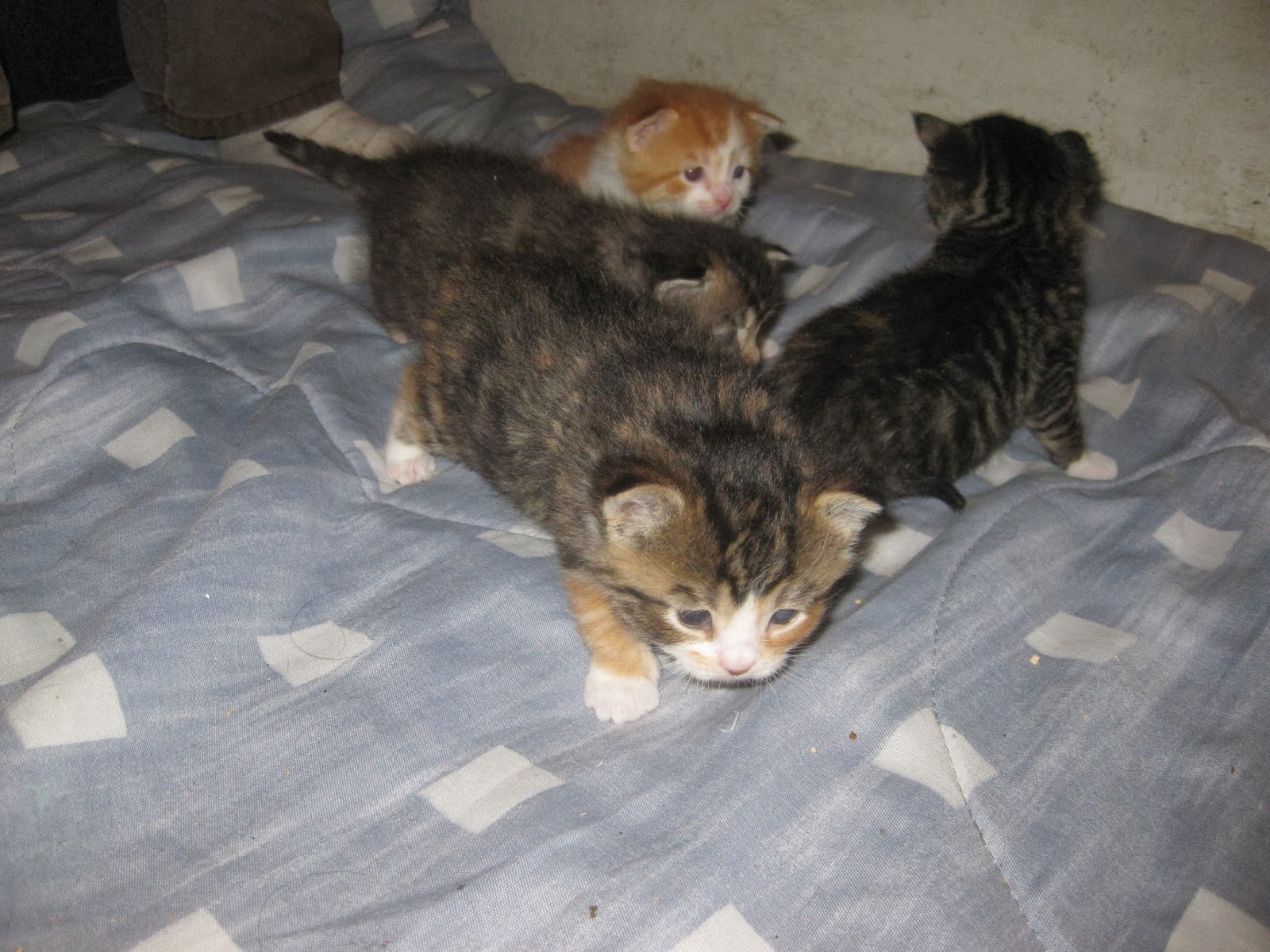 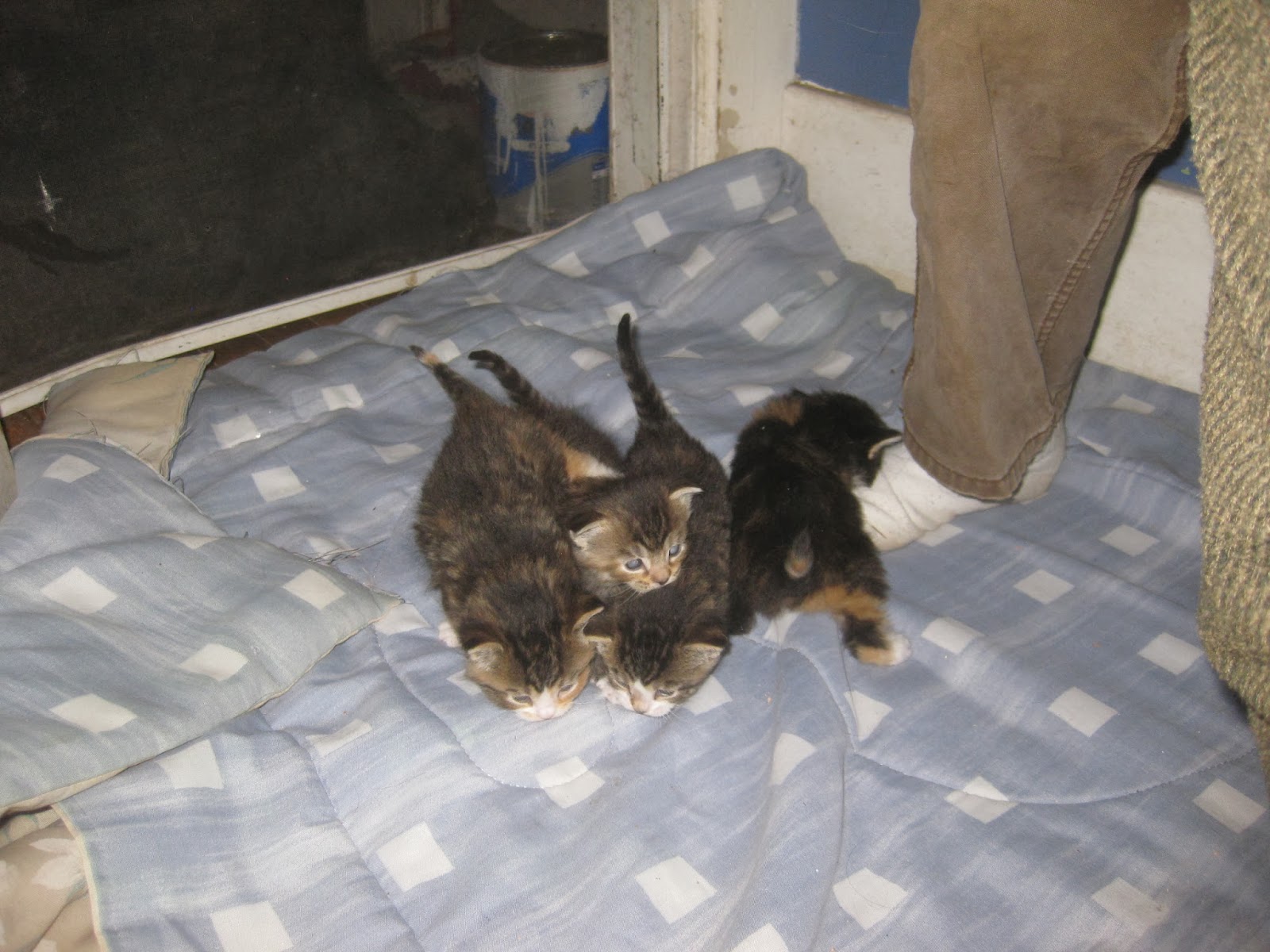 Posted by The Dancing Donkey at 11:27 PM