Tessa is about the same today, just a little lame on her foot, but not worse.  I don't think we will be in the clear for at least a week though.  I will let you all know what happens, hopefully it will be very boring.  Meanwhile...a couple of pictures taken just before the Attack of the Evil Golden Rod, while we were still having fun 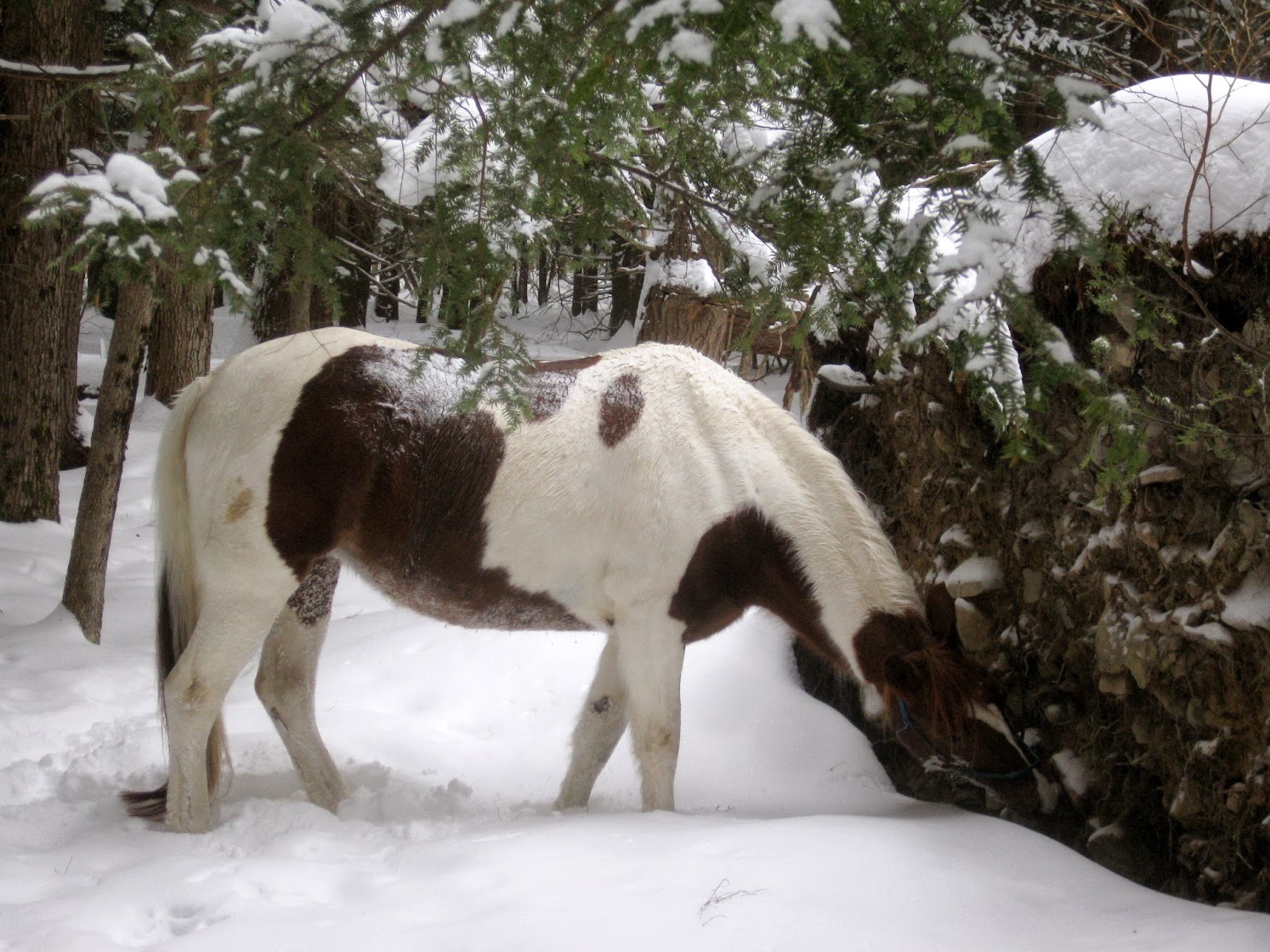 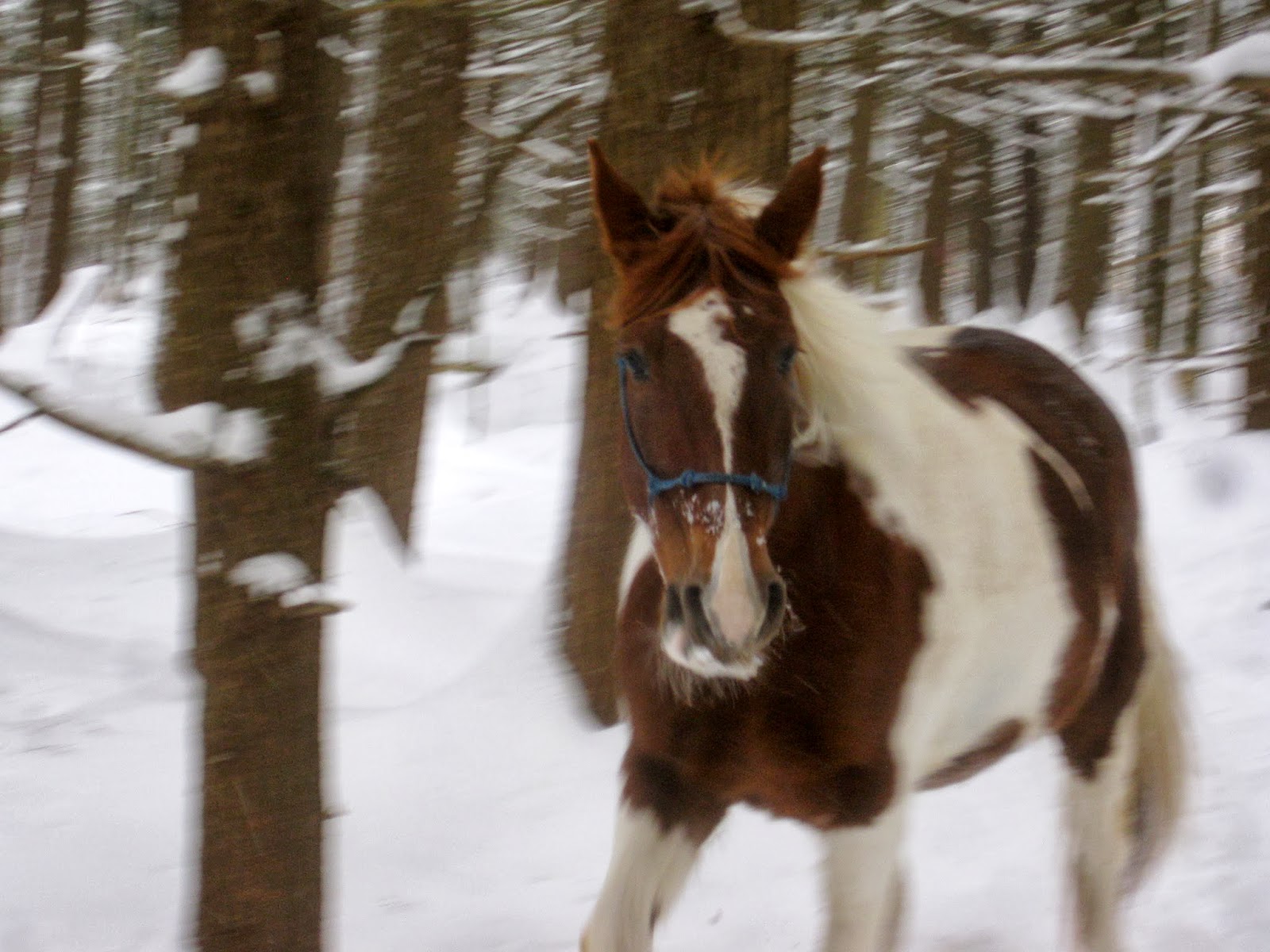 We actually had a sunny day today.  It only got to be about 15 degrees, but the sun finally had a hint of warmth to it and the air was still.  I think it's the first nice day we've had all winter, we all did some much needed sunbathing. 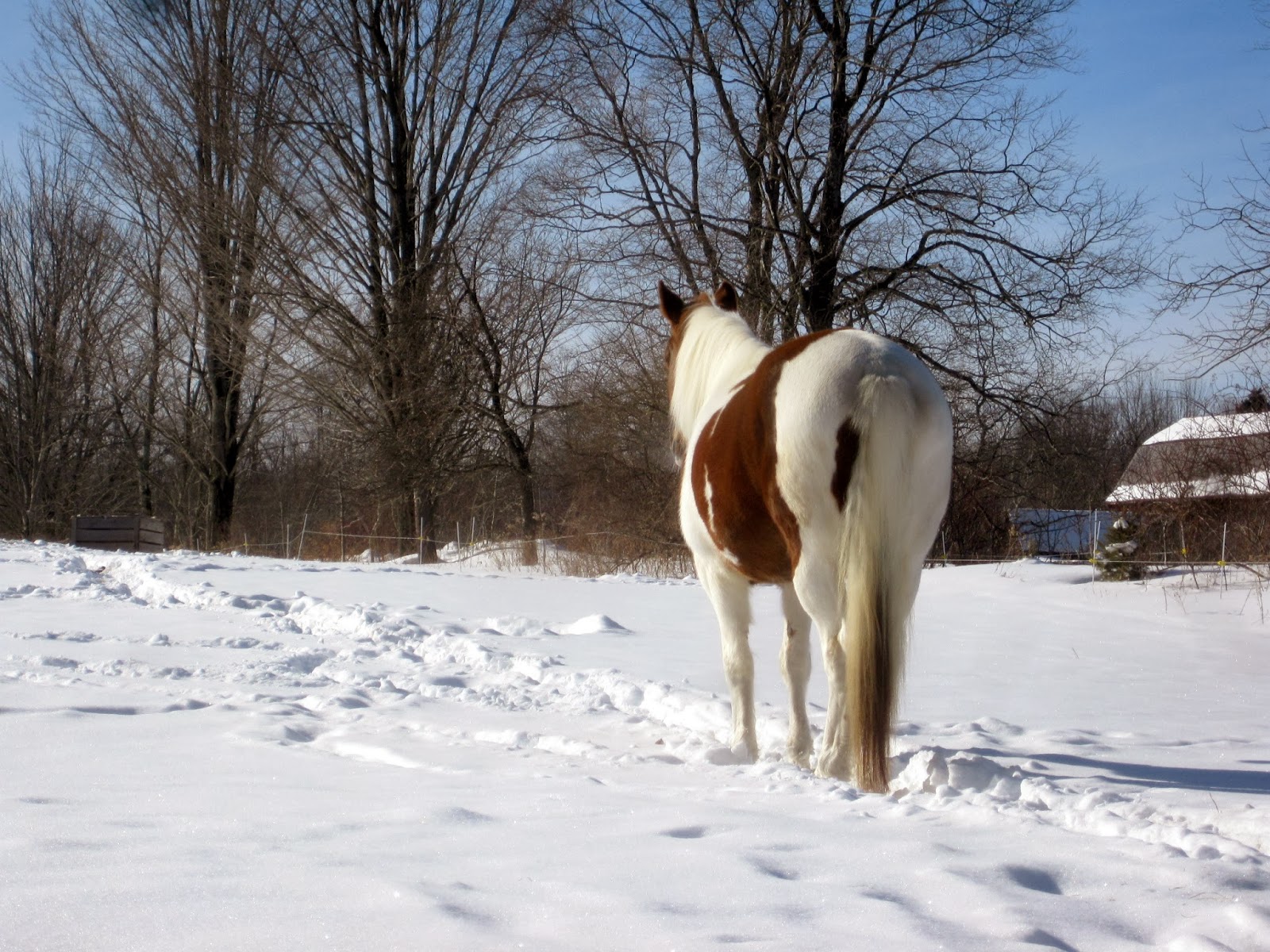 On a side note, looking at this picture, it always amazes me how fast horses gain muscle.  Even the short walks we have been doing have buffed Tessa up a wee bit.  The snow adds to the workout a little as it's much deeper than it appears here (she is standing on a packed trail, it's over her knees in most places).  I walk with Tanner every day AND take the herd out as often as I can, not to mention waiting on them hand and foot, but I sure don't buff up like that.  The injustice of the world. sigh.
Posted by The Dancing Donkey at 1:05 AM