This weeks Sunday Stills challenge was trees, a subject near and dear to me.  I have always loved trees, probably no real surprise since I was born in a tiny logging town in Washington state.  Those old-growth forests had a big impact on my young mind and I miss them a great deal.  One of the things that I find very difficult about living in NY is that the woods around here are horribly poor.  They have suffered the effects of irresponsible logging practices for so long that there are very few healthy woodlots left anywhere in the area.  The mature beech have all died; something is killing off the maple trees and large swaths of them are dieing off; the ash are being cut down as fast as they can grow in order to harvest them before the Emerald Ash Borer gets here; the massive deer population kills off the oak and cherry saplings before they get knee high.

Just about the only relatively healthy woodlots left are those on state land.  Whatever anyone thinks of the state government, and Lord knows it has its problems, at least they haven't messed this up yet.  Timber is harvested off all of the state land, but it is done well, with strict management rules.  The results of good management are painfully obvious, I can tell whether I am on private or public land just by the way the woods look.  Often the boundaries between are as blatant as pavement versus lawn.  The private land is covered by spindly, weedy saplings growing so close that ultimately, none of them do well.  There are no young, healthy trees coming up because all of the good mature seed stock has been removed leaving only the poor, unfit and worthless behind to reproduce.  The state land still has mature, healthy trees and nice young tress coming up from below, there is diversity, both in age and species.

Regardless, I love being in the woods and I spend a considerable amount of time there, walking with Tanner.  I do miss those old forests though I wonder if any are left now.  Would walking the woods of my old hometown be the same now as they are here?  The woods here often sadden me, not just for their own lose, but because the damage done to them is so self-defeating.  The money earned from poor logging practices is so much lower than what can be gained form proper timber management, the senselessness of it is somewhat overwhelming at times.

Still, even poor trees have much to offer.  I took entirely too many photos of them, trying to capture some of what they are.  Most of those photos, I deleted because they just didn't get the job done.  I find it difficult to get good pictures of trees.  Up close, you can't see all that they are.  Get some distance and they blend into the background.  These are the few that I liked well enough to post.  I think the first is my favorite. 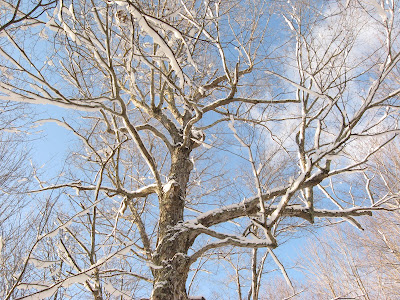 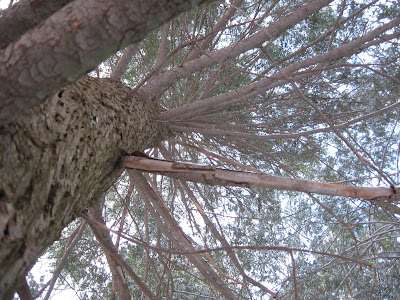 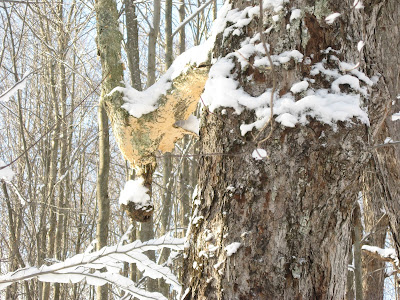 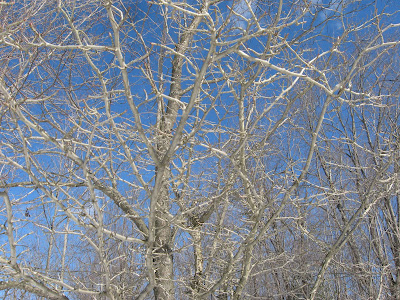 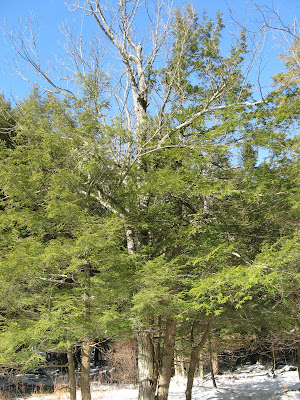 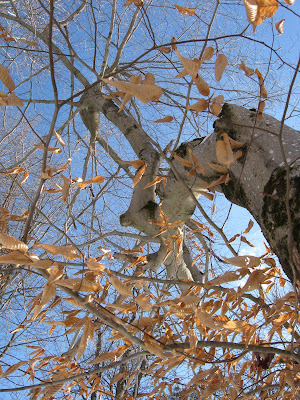 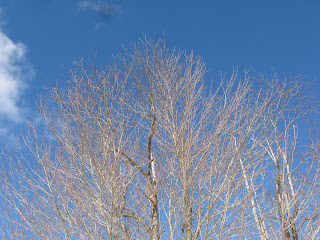 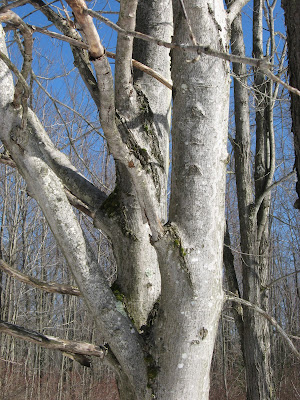 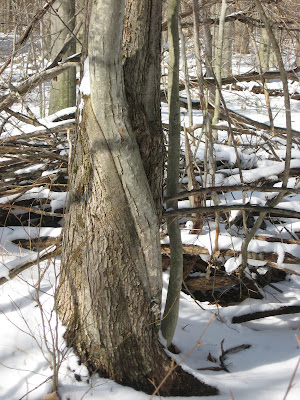 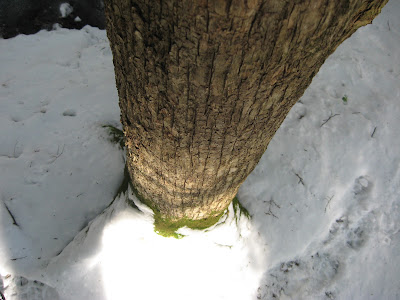 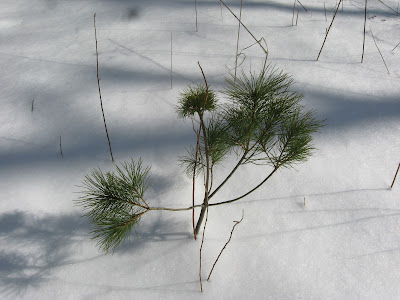 Posted by The Dancing Donkey at 3:38 PM