We had our first real snow here last night.  We have been enjoying unseasonably nice weather the last few weeks and really, I wish it would stay that way all year.  I hate snow.  The snow we had last night was just about enough.  After all, it's obvious that it did snow.  It just didn't amount to much and it won't last long if we don't get anymore.  It's that "if" that's the problem.  It is only wishful thinking on my part that we won't get more, lots more, of the stuff.   Last year we had so much snow and then more and more on top of that......well lets not talk about that, I haven't fully recovered from the trauma of it.

This snow is about what snow ought to be; fairly innocuous, not deep, picturesque and followed  by a nice, calm, sunny day (where lots of it melts).  I went out and did what everybody does, I tried to take pictures of the pretty snow trees (what else would you do with a tree covered in snow?).  Tanner does enjoy the snow just as long as it isn't too deep.  Actually, he loves snow, even the deep stuff, but he gets bogged down in it and struggling through it makes him very lame. 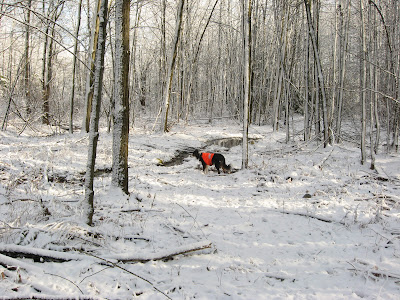 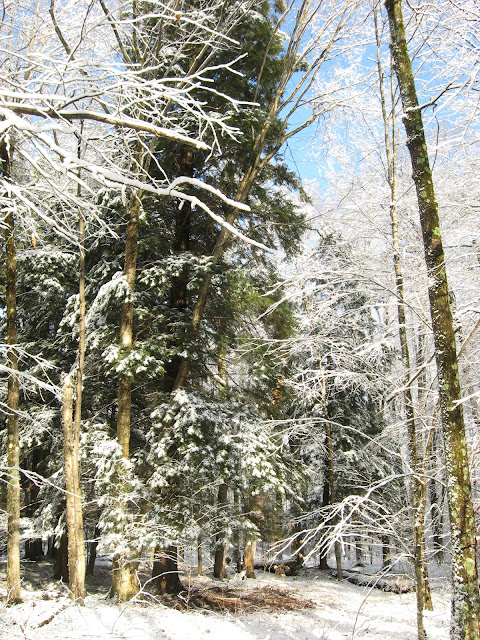 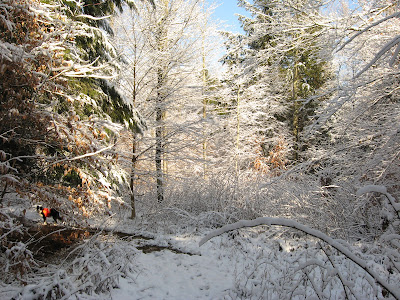 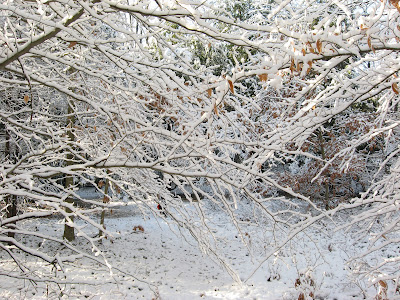 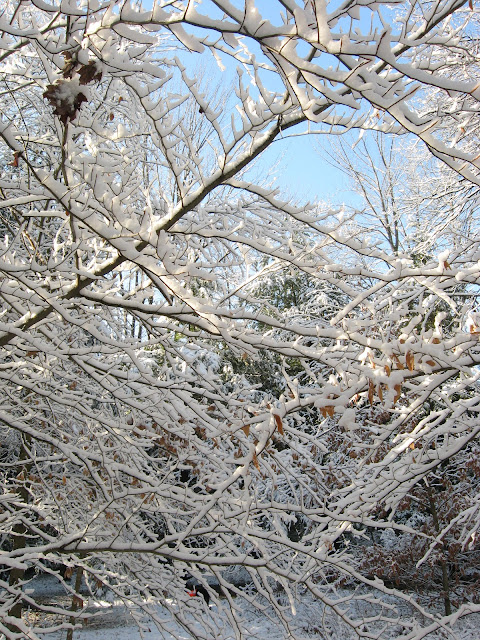 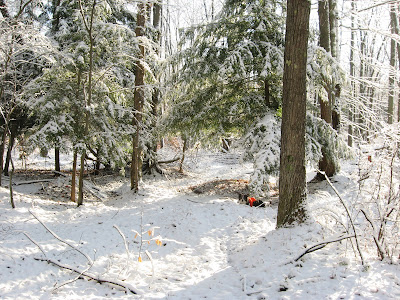 Tessa also likes snow but, Emma, I think she is on my side.  She would have been so small last winter that not even her ears would have cleared the drifts.  I am guessing that she doesn't have fond memories of last years trauma  er, um winter either.  She spent all afternoon wandering around rather dejectedly, looking for bits of grass.  They did both came over to pose for some photos (although Emma just wanted to go somewhere warmer and if that wasn't going to happen would I, "please just get the white stuff off the pasture".  She is a desert animal after all) 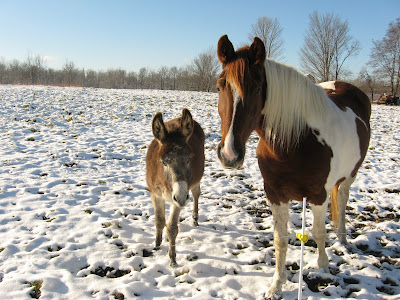 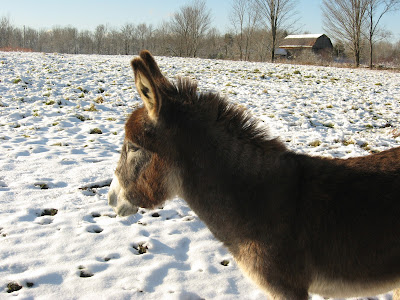 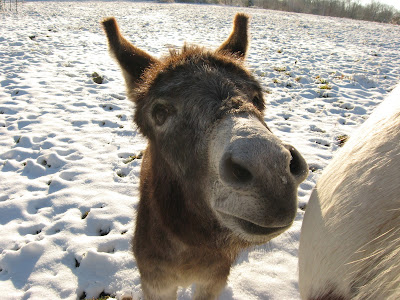 Posted by The Dancing Donkey at 8:41 PM