Part B of the gravel project was to level out the floor in the tack/feed room so that I can put down some rubber mats that another friend gave me when they sold their farm recently.  This is a big, messy job that I have been putting off for some time.  Having the mats and being able to bring in gravel finally pushed me into action.

It's a big job because I first have to take everything out of the tack room before I can even start on the hard work.  Of course, I did have help for this endeavor, lots of help.... 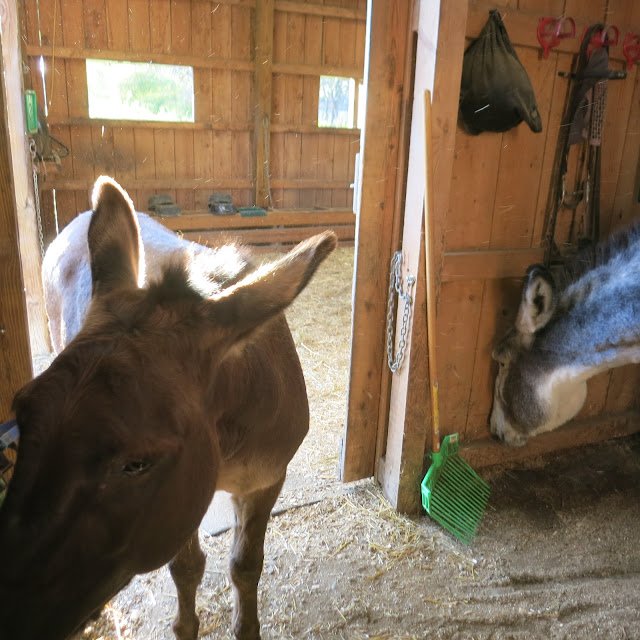 Oddly enough, Ben was the first inspector to show up.  I don't know how he did it, but he managed to sneak right by Ramsey and then tip-toe past my shoulder when my back was turned for a second.  I turned around and there he was. 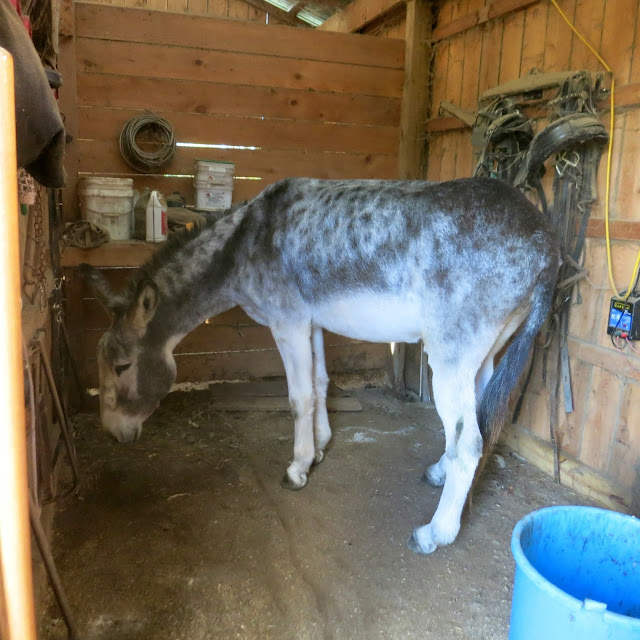 Don't let those innocent looks deceive you, Ben can be a very sly, sneaky devil when the mood, and the opportunity, strikes. 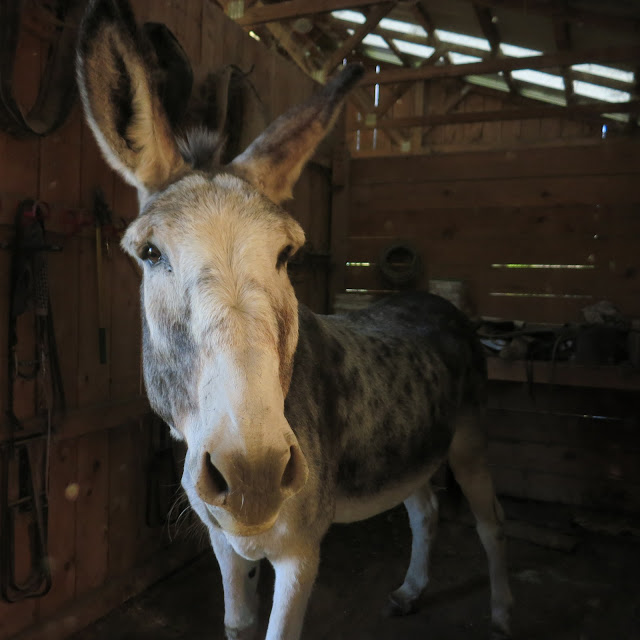 Of course, Ramsey was not far behind.  I think he was a bit embarrassed that Ben had beat him inside.  I generally have to take elaborate measures to keep the Little Brown Brat out of here and to have been caught napping when the Gates of Heaven suddenly opened all by themselves....how utterly mortifying. 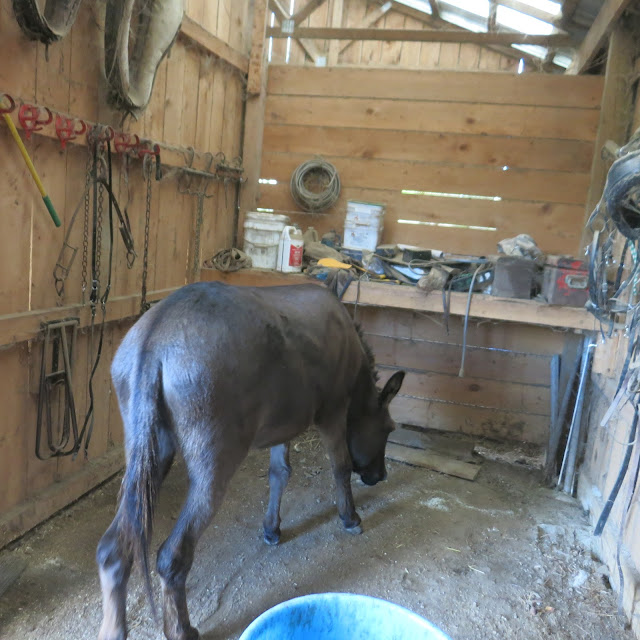 Ramsey knows where every particle of food is kept in here and he knows how to open the door and all the containers.  If I leave the door open even a quarter of an inch, he'll have his nose deep in the feed and I have to pry him out - literally - pry his nose out of the bucket.

Since all the goodies had been removed, I let them in to explore all they wanted.  Ramsey was further disappointed and disgusted to find no gold inside Fort Knox.  Imagine all the hours he has spent scheming and dreaming of ways to break in only to find nothing but dust and cobwebs once his greatest goal had been reached.

Poor little Ramsey, he has been sulking just a bit. 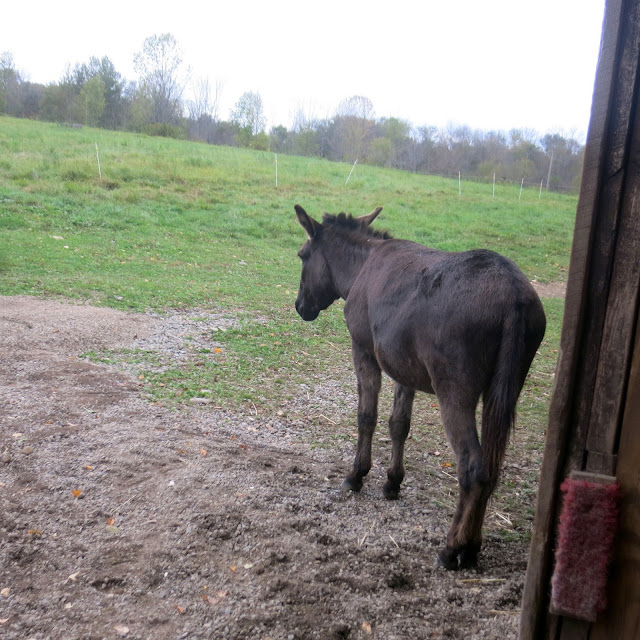 Apparently, breaking into Fort Knox is something only the boys have been dreaming of.  Neither Emma or Tessa were much interested in this project.  They both came by, peeked in and left with a disinterested shrug.  I guess this is a job that only appeals to the Why Chromosome.

Now that the new floor is in, it's time to bring all the goodies back and always remember to double check that the door is locked.  You really have to keep a careful watch on those Why Chromosomes. 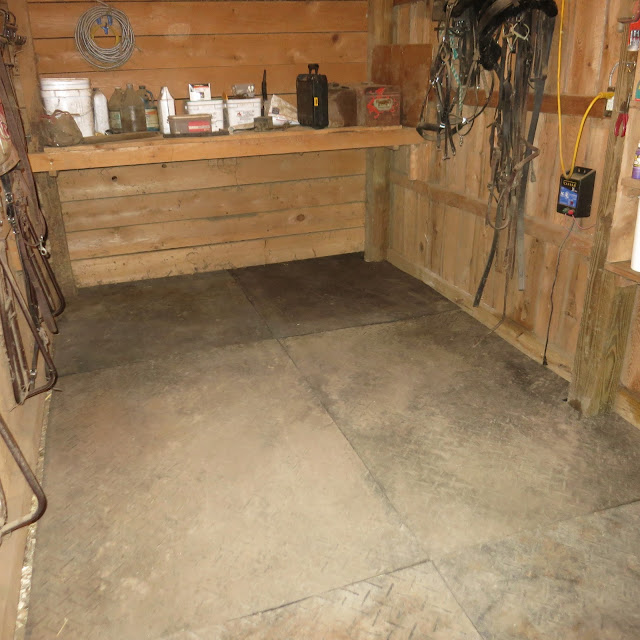 Posted by The Dancing Donkey at 2:44 AM