Donkey treats come in a wide variety of sizes and shapes. 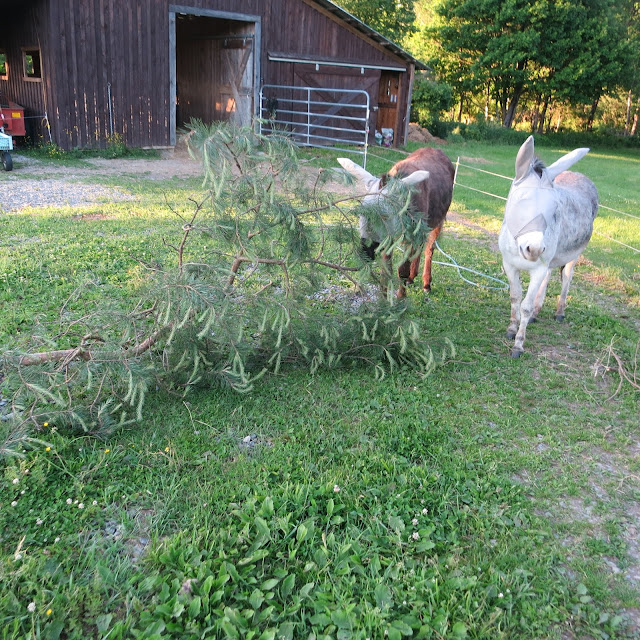 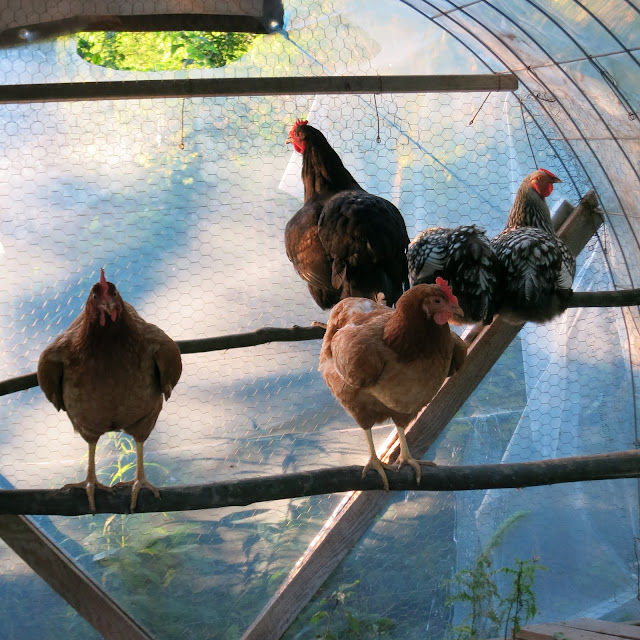 They settled right in and are busy trying to take over the farm in their little clucky way.  Chickens are like that. 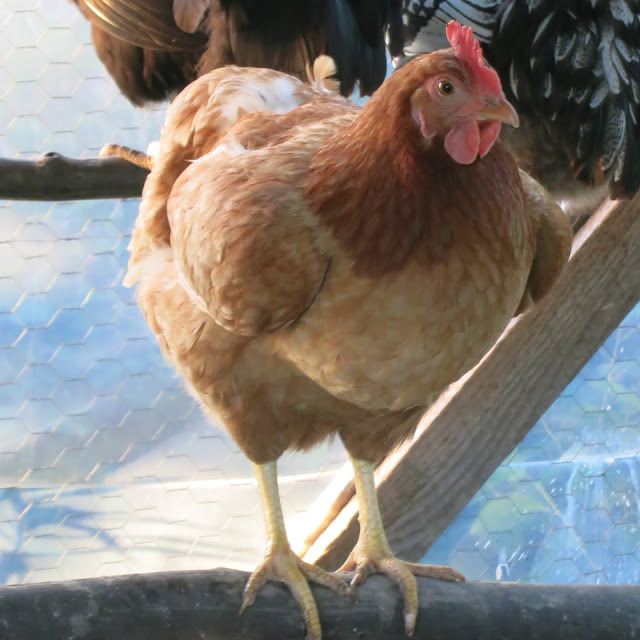 I'm generally getting 3-5 eggs a day from five hens, which is more than I can eat, but eggs are never hard to find homes for. 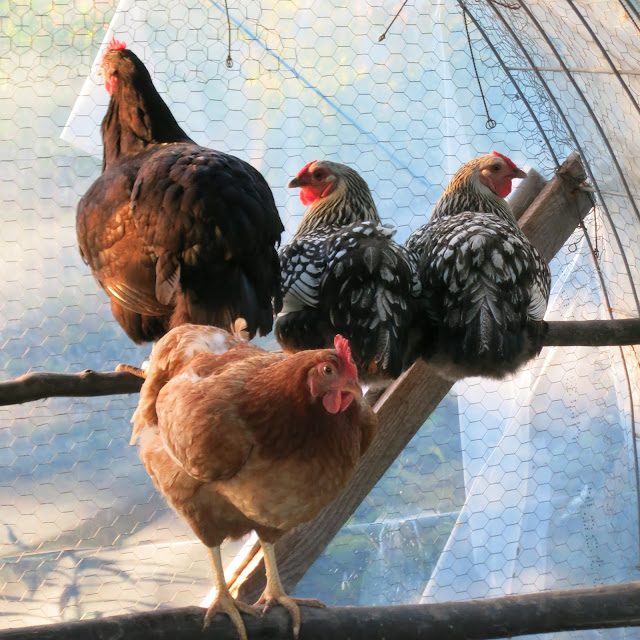 I've been giving them treats to train them to go in their coop each evening.  Now they follow me all over trying to "help" with everything.  Donkeys yelling at me on one side of the fence, chickens clucking on the other - the best laid plans.... 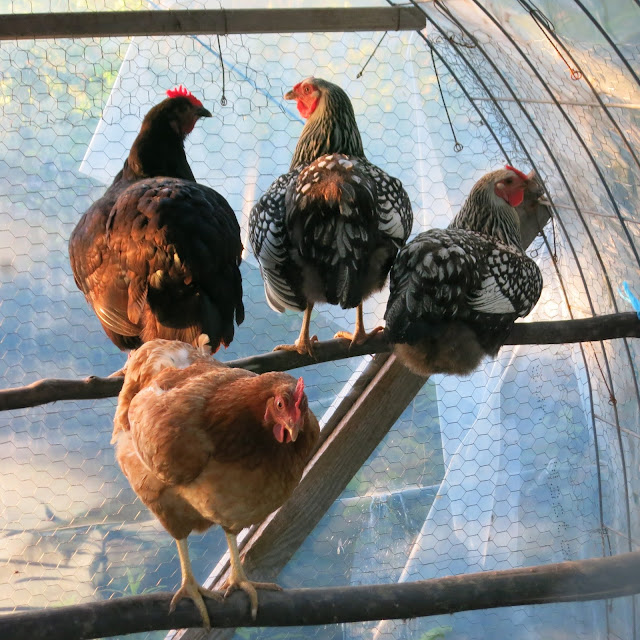 ***
It was too hot to do anything useful outside on Sunday so I finally did something with the huge bag a rhubarb I had cut the week before - wild blueberry/rhubarb jam.  Best jam ever.  Although, this batch did suffer through several last minute changes of plan and maybe has a bit more rhubarb than blueberries.  Still, pretty darn good. 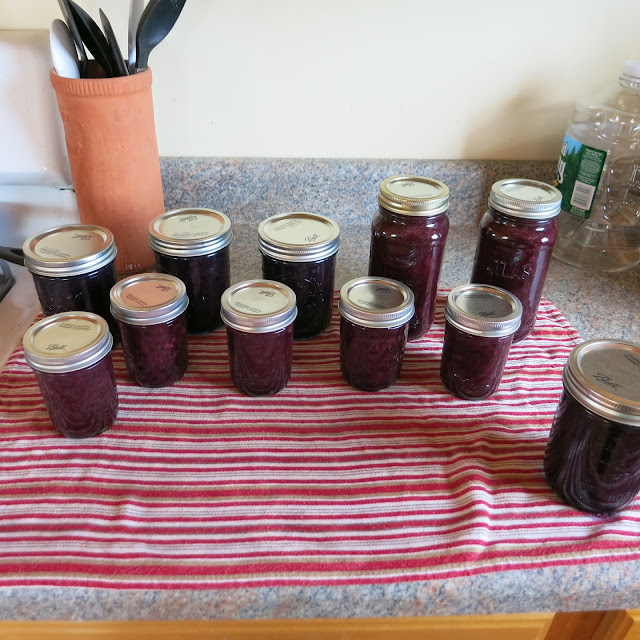 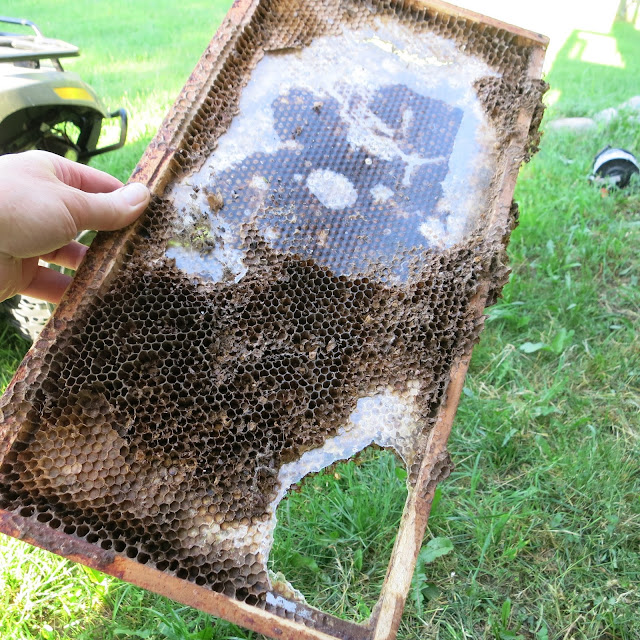 ***
Several people wondered about the big rock with the iris' and dratted cat.  This was one of the "little" stones that we dug up when I had the excavation work done for my house.  The clean out for the septic tank is directly under the pale colored flowers next to the rock.  Unglamorous, but necessary.

The contractor told me not to let anyone drive over it so I told him to put the rock just next to it.  Like I'd ever remember where it is without a marker, right?

The rock is right in the center of my backyard and I had envisioned a small flower and rock garden with a bird feeding station and the bird bath.  I've planted umpteen flowers around it, but the iris' are the only thing that has ever survived.  As for the bird feeding.... 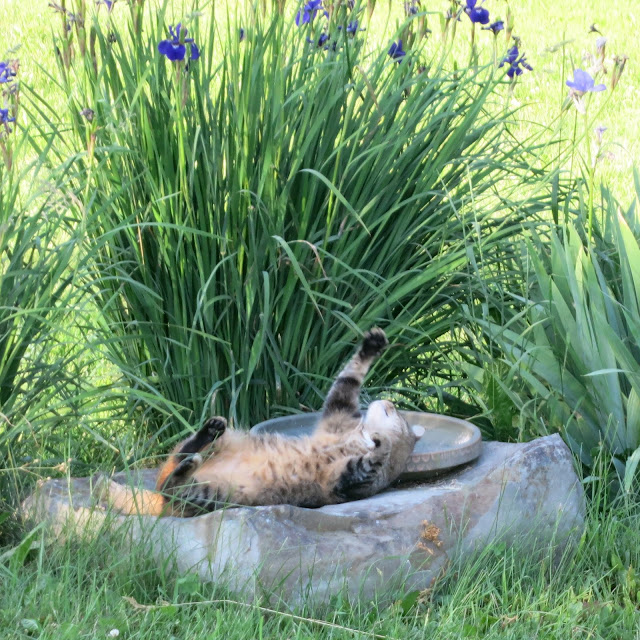 Posted by The Dancing Donkey at 12:18 AM