The Makings of a Feast

I'm letting FB tell the rest of the Thanksgiving tale....

Happy Thanksgiving to everyone!

Okay, today I am going to share this great recipe that I made for your Dancing Donkey writer, along with friends.

Now, I think I mentioned how the whole raising the turkeys did not turn out so well last year, right? For one thing, those turkeys became too friendly and followed me around the farm. They would then hang out on the porch or in the mudroom while I was in the house, and they were not exactly housebroken. The worst thing about them was that, as they matured, they started harassing my older border collie, Scout, which I did not like one bit.

(I have to inject a comment here...that one damn turkey was so mean I wanted to sell raffle tickets to see just who got to eat him.  We could have made a fortune!  He attacked cars, people, dogs, shadows...He went after my Tanner when he was so sick and knocked him right over.  If I could've caught the bugger that day, he wouldn't have made it to the dinner table. Even the vegetarians among us were lining up to buy a ticket, he was really that awful.)

So anyway, we had no turkey this Thanksgiving. However, one thing I have a lot of is BEEF!!!

What makes for a special holiday meal?

Amazingly, although I have eaten this in restaurants with great enthusiasm (especially when someone else was paying for it), I have never made this at home! Well guess what? It is EASY!!! I found this great recipe online called Chef John’s prime rib. Here is how it is done.
To go with this roast, I put a bunch of sweet potatoes in the oven when I first turned the oven on to preheat. Then I just left them in there with the beef for two hours, and they were delicious!

I also made some Delicata squash on top of the woodstove. Here is where things got a little exciting. I cut the squash in half, put them in a Pyrex casserole dish, and covered them with foil. When we came back from the hike with the dogs, I lifted the foil to check on the squash, and the dish exploded into a million pieces!

Glass all OVER the place!! Out came the broom, out came the vacuum, but soon the mess was cleaned up, and the brave ones of us still ate the squash! The lesson learned here is, don’t put the squash in a glass dish and put it directly on the woodstove. Use cast iron for this job.

Those are my pearls of wisdom for this Thanksgiving Day!

Now let’s hope that Kris adds some pictures of Bess, Kelsey, and Scout.

Or some donkey pictures instead, since we did puppy pictures yesterday.  Happy thanksgiving! 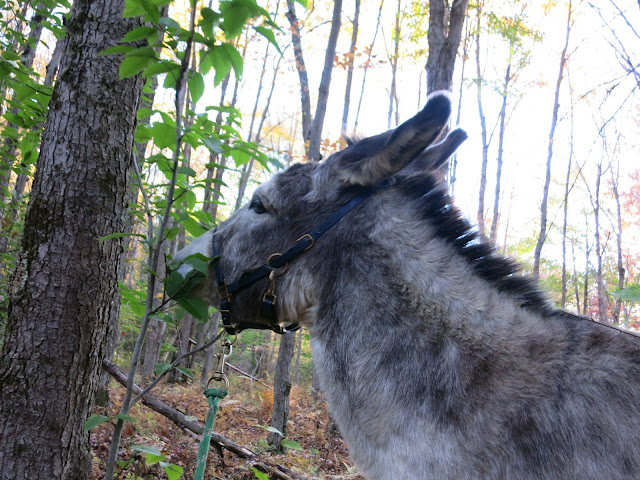 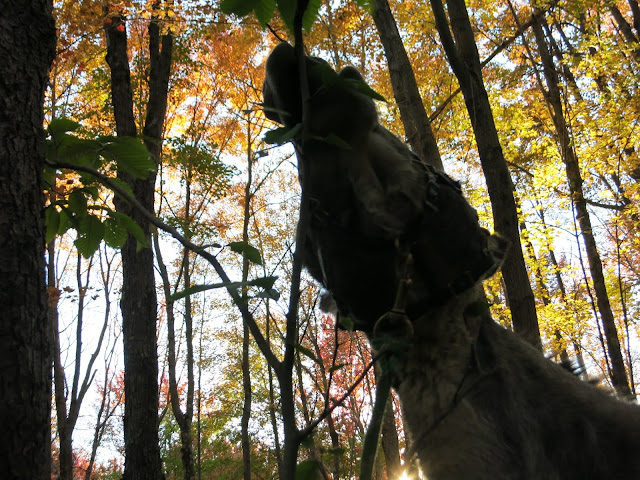 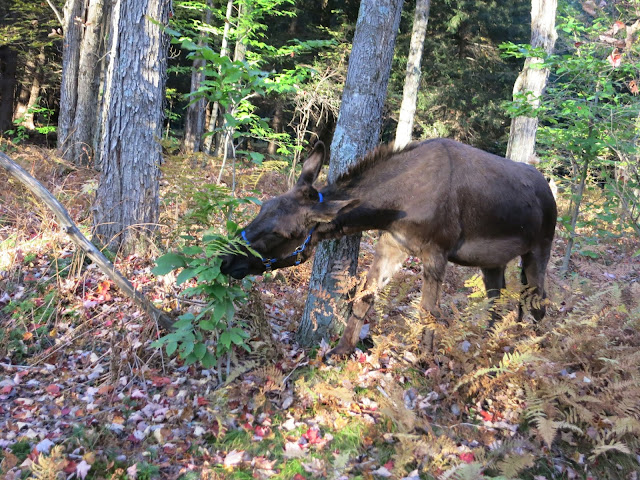 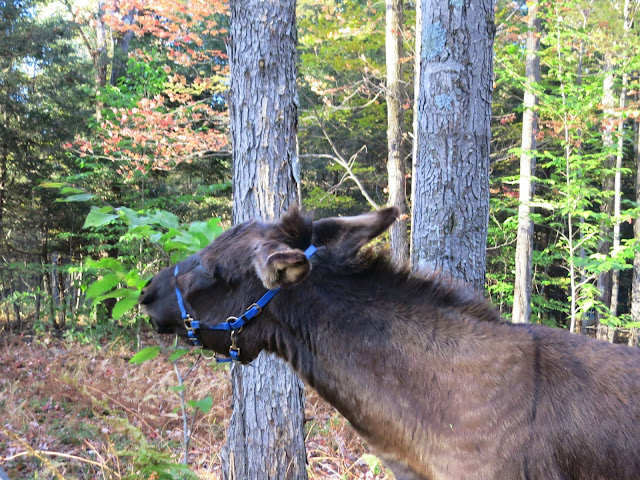 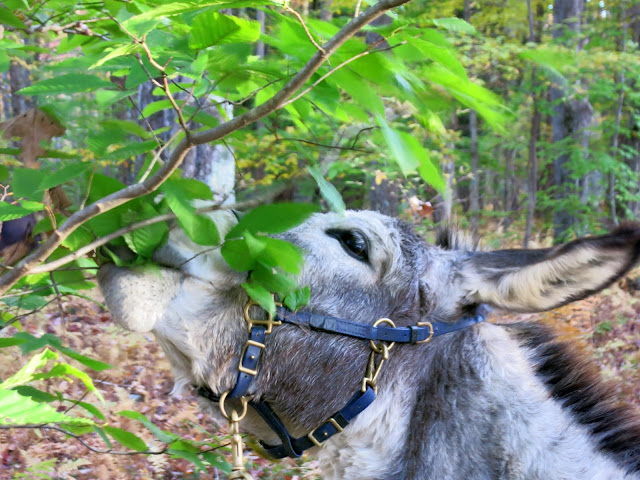 Posted by The Dancing Donkey at 8:35 PM