Of Contract Killers and Brush Piles

Sorry to disappear for a few days, there is just so much to do in the Spring and such a small window of opportunity to get it all done.  One of the jobs I've been working on is clearing the brush along my stone walls. 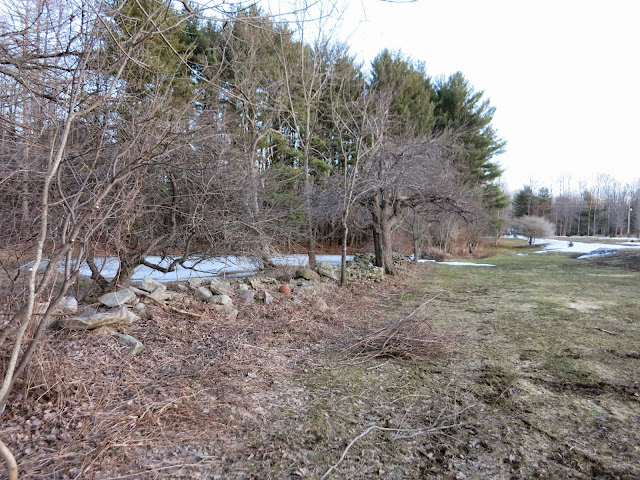 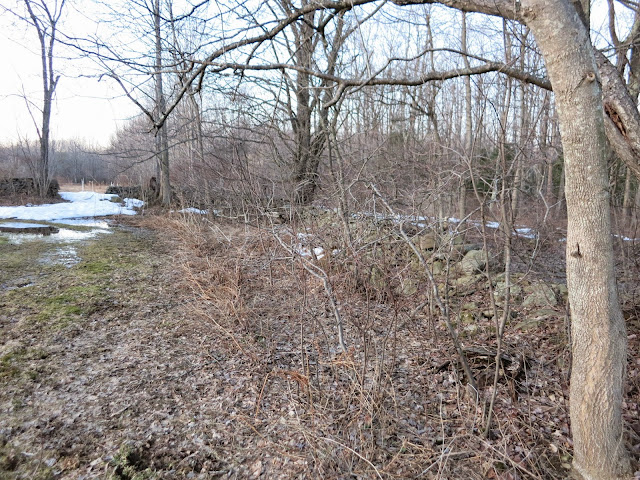 It started out in April when I was just going to clear around some of the flowers I planted a few years ago and somehow, it just morphed into a month long project.  And I still haven't gotten to the flowers. 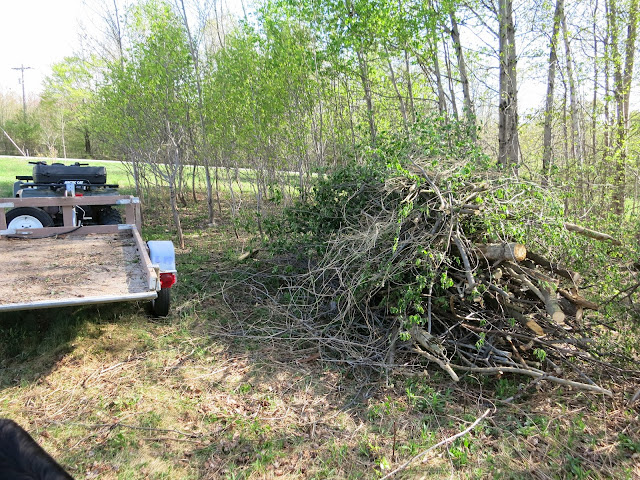 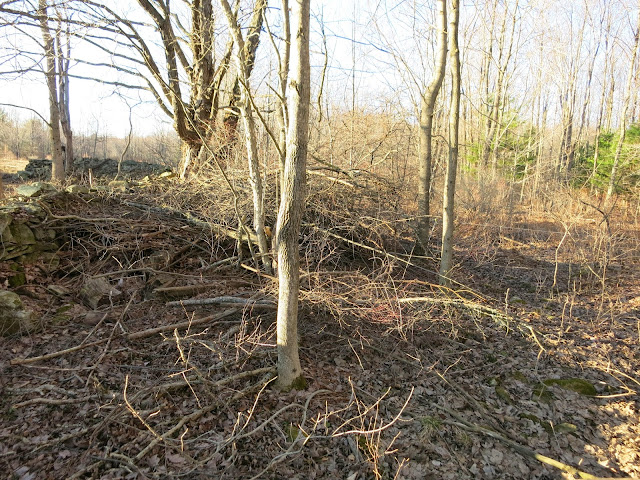 ...and ran into more of this nasty stuff.  Will I ever find the last of it? 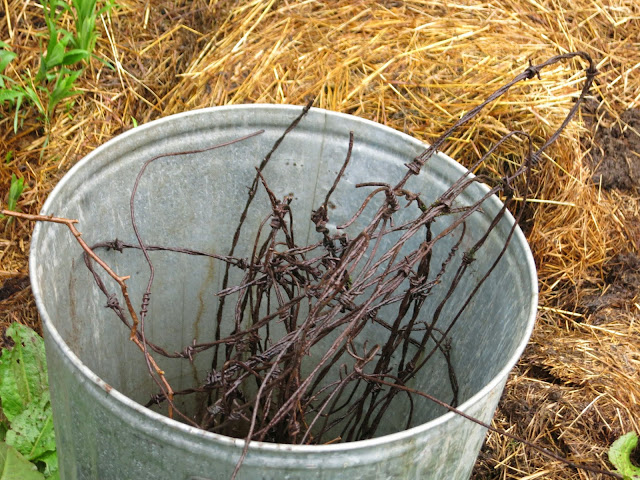 The 4-wheeler and its little trailer have been earning their keep. 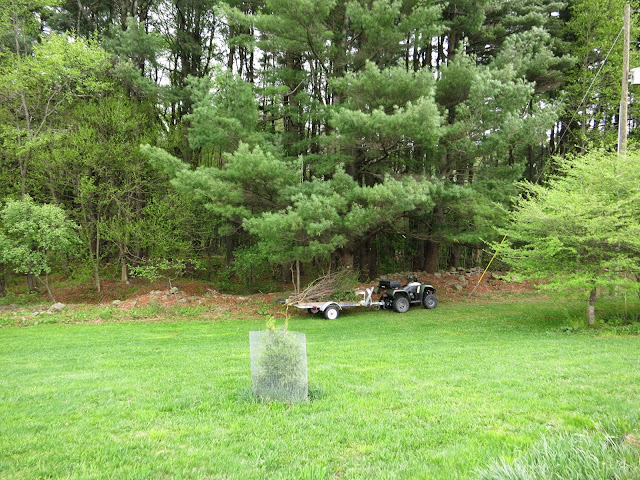 And the Farm Hand has been a big help.  Just think how useful it is having a 50 pound, psycho puppy furiously attacking every. single. stick. Good thing he stops now and then to nurse on his teddy so he can get recharged for the next load (yes, he does have the bear's entire face in his mouth, sucking on it). 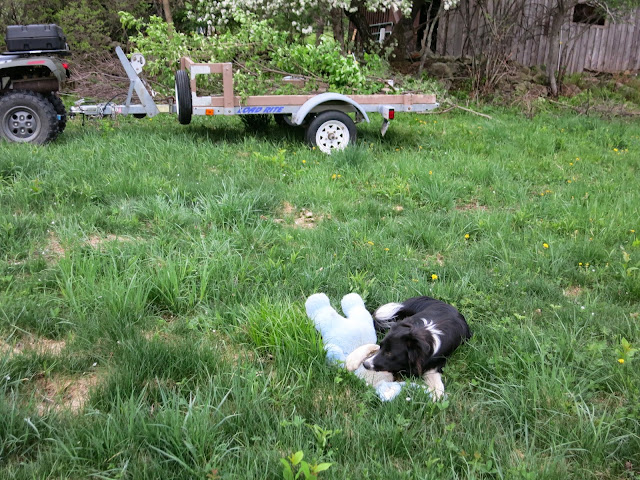 The Contract Killer thinks this is the greatest project ever. 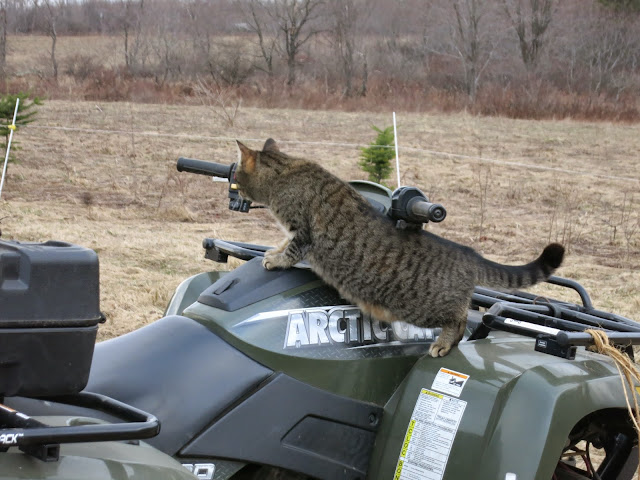 In true cat nature, she is certain that the entire endeavor is for her alone. 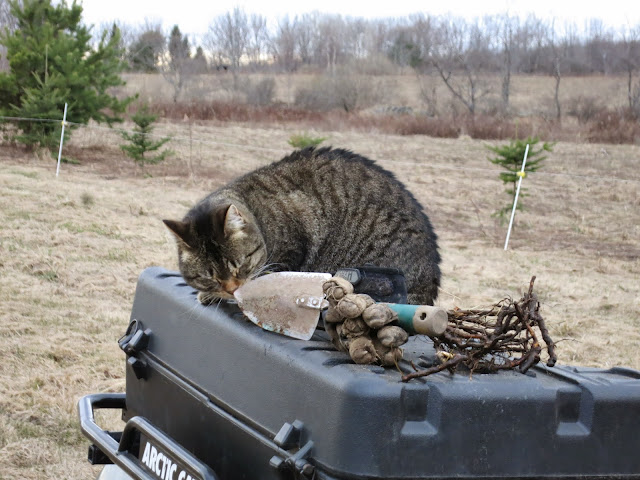 She loves these stone walls and sees them as her personal highway... 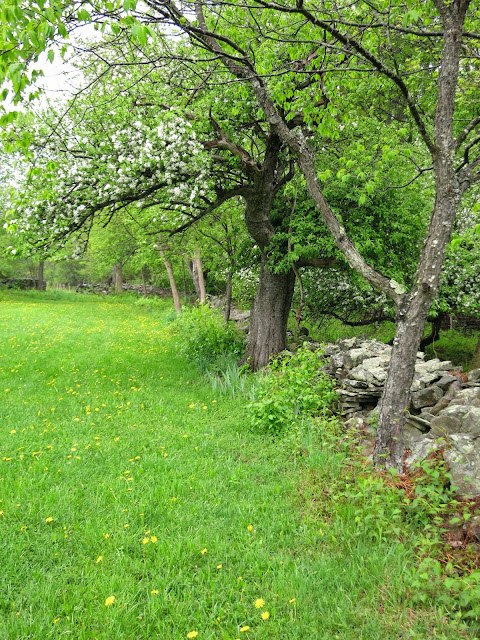 ...an expressway of murder and mayhem. 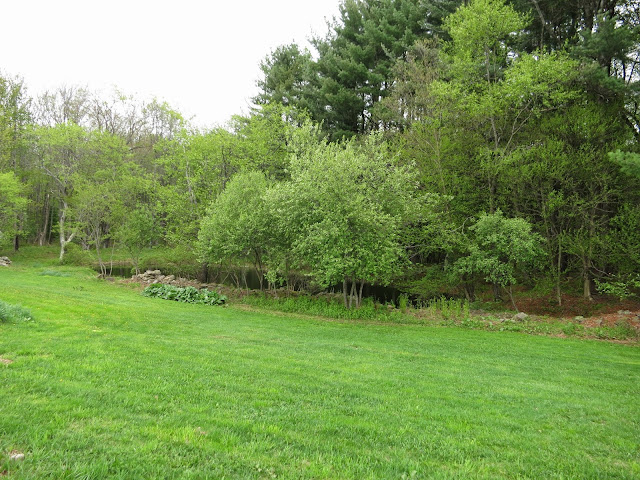 She has supervised every step of the way, doing her best to torment the dog.... 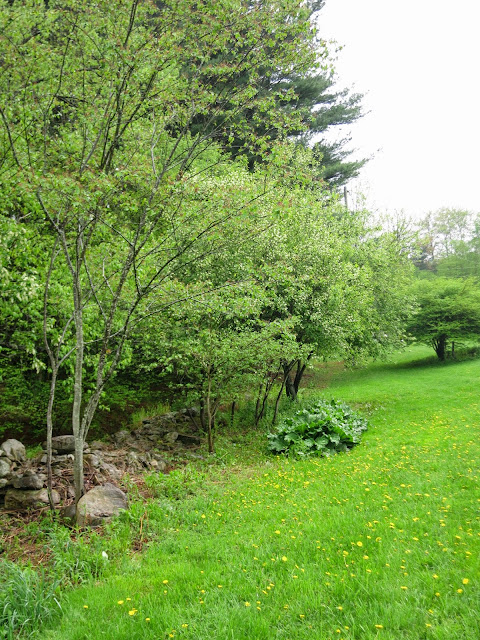 ....and instill fear in rodent hearts. 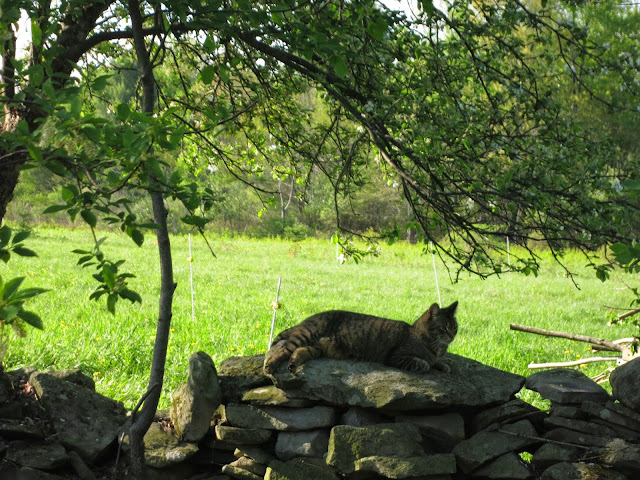 Posted by The Dancing Donkey at 12:36 AM