And I'm not talking about more donkeys!  I've had a massive invasion of wild rabbits this year.  Don't get me wrong, I like rabbits.  Watership Down is still one of my all time favorite books.  However, I am not the only one who is fond of rabbits, fleas and mites also love them and go wherever they go.  The rabbits have completely invaded my hay sheds and with them has come an awful infestation of mites and fleas.

I was very annoyed to be finding 50-60 rabbit pellets on every bale of hay, but the situation really became problematic when I noticed an odd spot on Emma's side about a month ago.  When I looked close, I saw that she had developed a nasty, weeping rash and was losing a large patch of hair - the rabbits had left behind some invisible mites that are attacking everyone including Connor and me.

The bites on Emma turned into a staff infection and I have been battling the problem for the past month.  Battling mites in sub-zero temperatures when baths are out of the question and my only feed and bedding have been infested has been, um, interesting.  I have the situation under control (I think) and Emma is better after much treatment and two weeks of antibiotics, but the rabbits have got to go.

I mentioned to FB that I'd even get another cat if it could keep the rabbits at bay and that was all the opening she needed.  FB has a never ending surplus of cats as they are constantly being dumped off at her farm.  One of these dumpees is now a two year old spayed female who was abandoned along with her littermate as a kitten and never found another home.  She grew up as a house cat, but was not happy and did not like sharing her space with the other cats.  She has been living in FBs milk house in the barn for the past year.  No sooner had the words left my mouth that I found myself in possession of a new barn cat.  Say hello to Kipper... 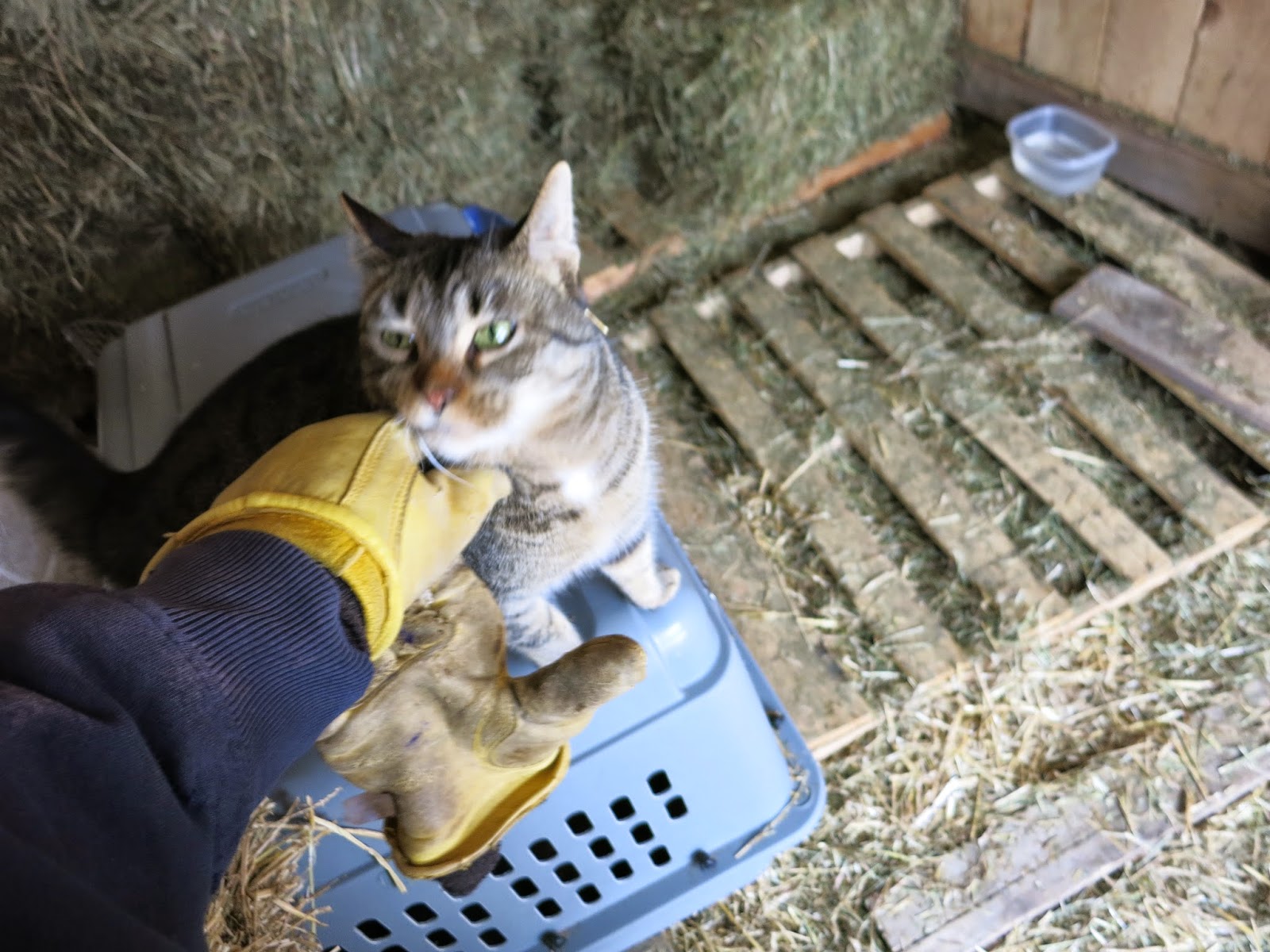 Kipper came over with her favorite blankie, her personal cat hotel, Connor's crate with her other favorite blankie (just in case she needed extra accommodation) and her own water and food supply as my water is not good enough.  She has, in true cat fashion, shunned all of these and taken up immediate residence in the hay.  She is quite happy to have a barn all of her own.  The very first thing I did when she got here is treat her with Advantage Multi so SHE won't get mites and fleas. 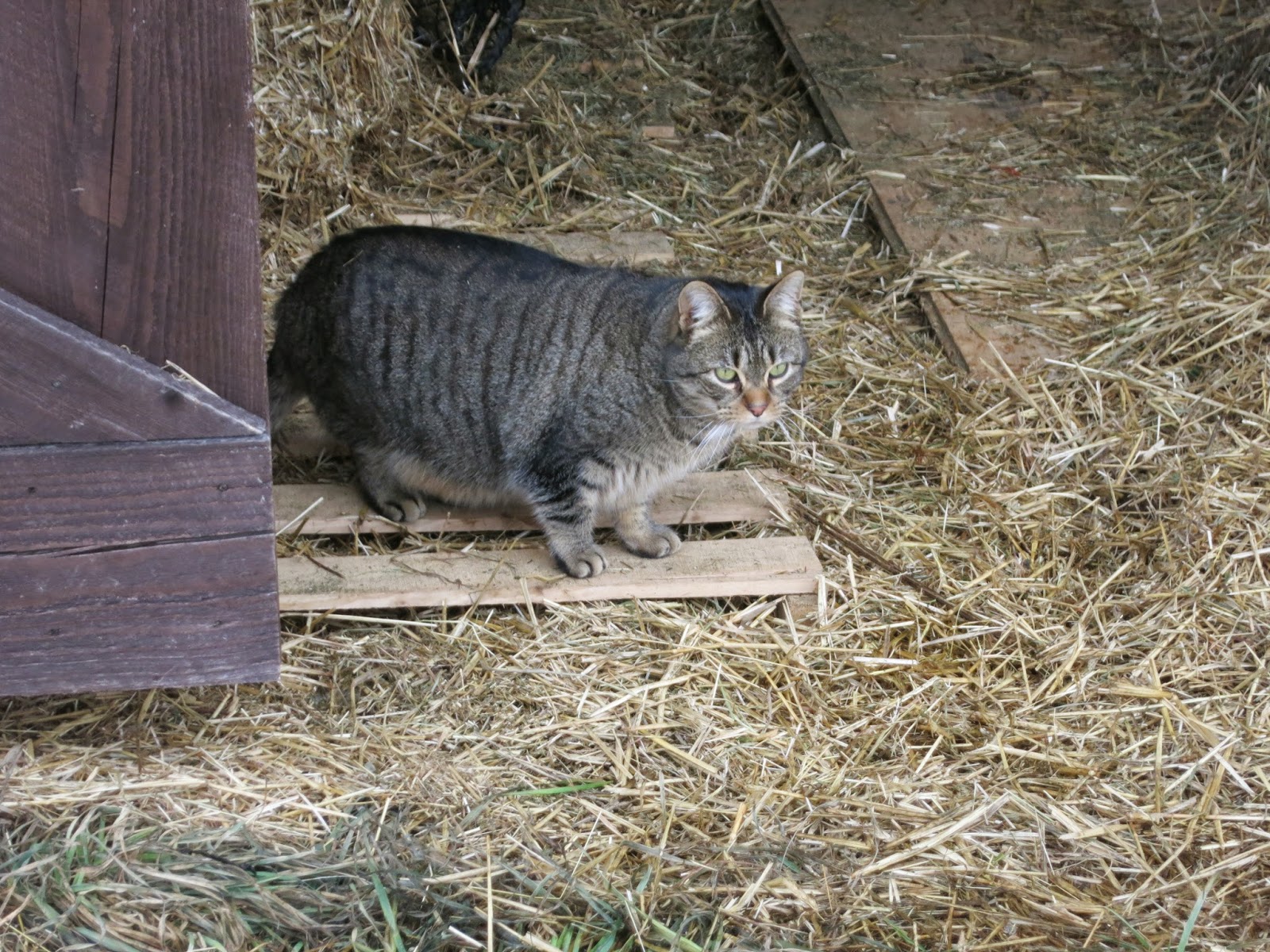 I was also informed that Kipper would not want to have anything to do with donkeys.... 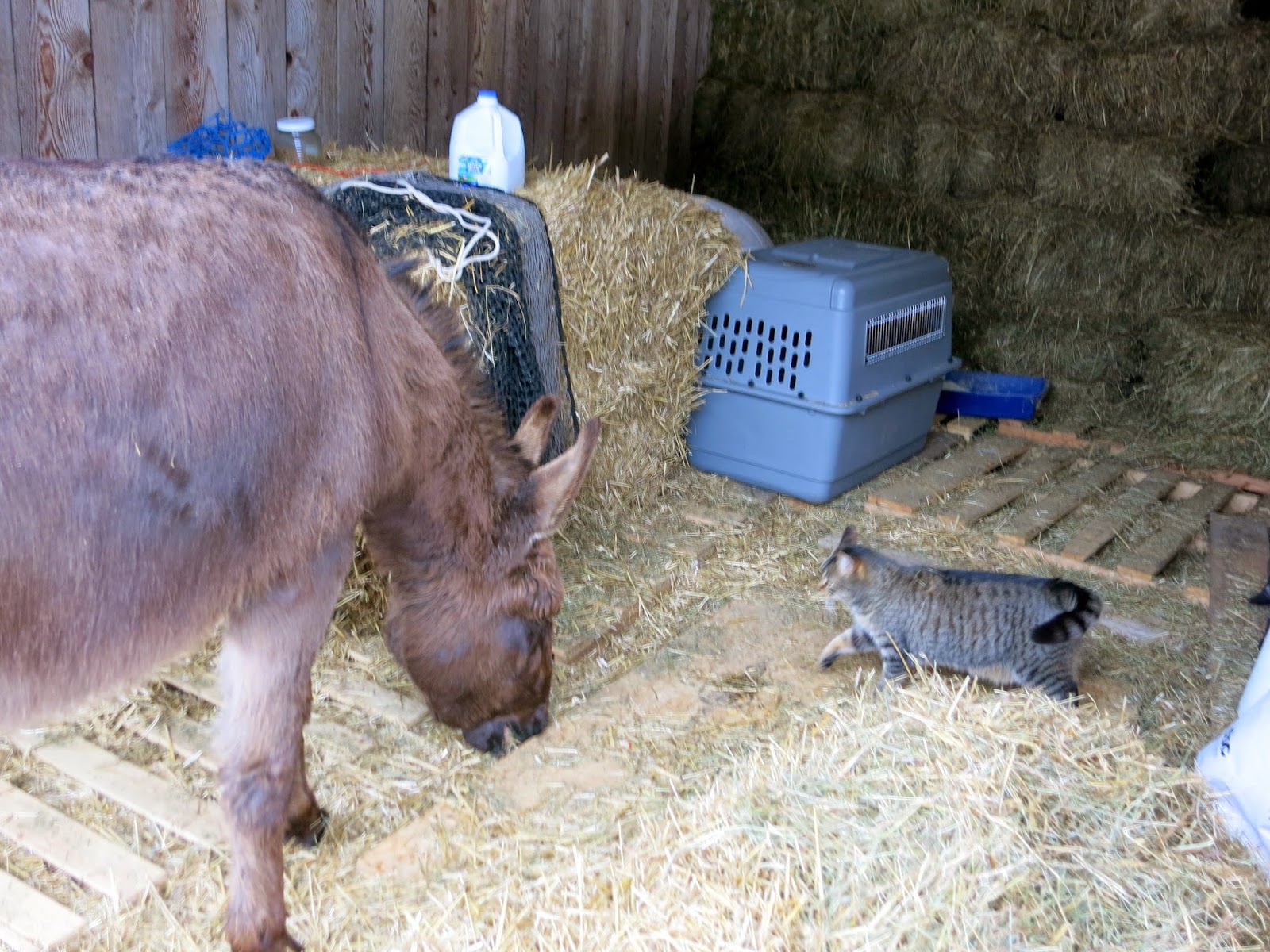 It took Ramsey about 12 seconds to change her mind. 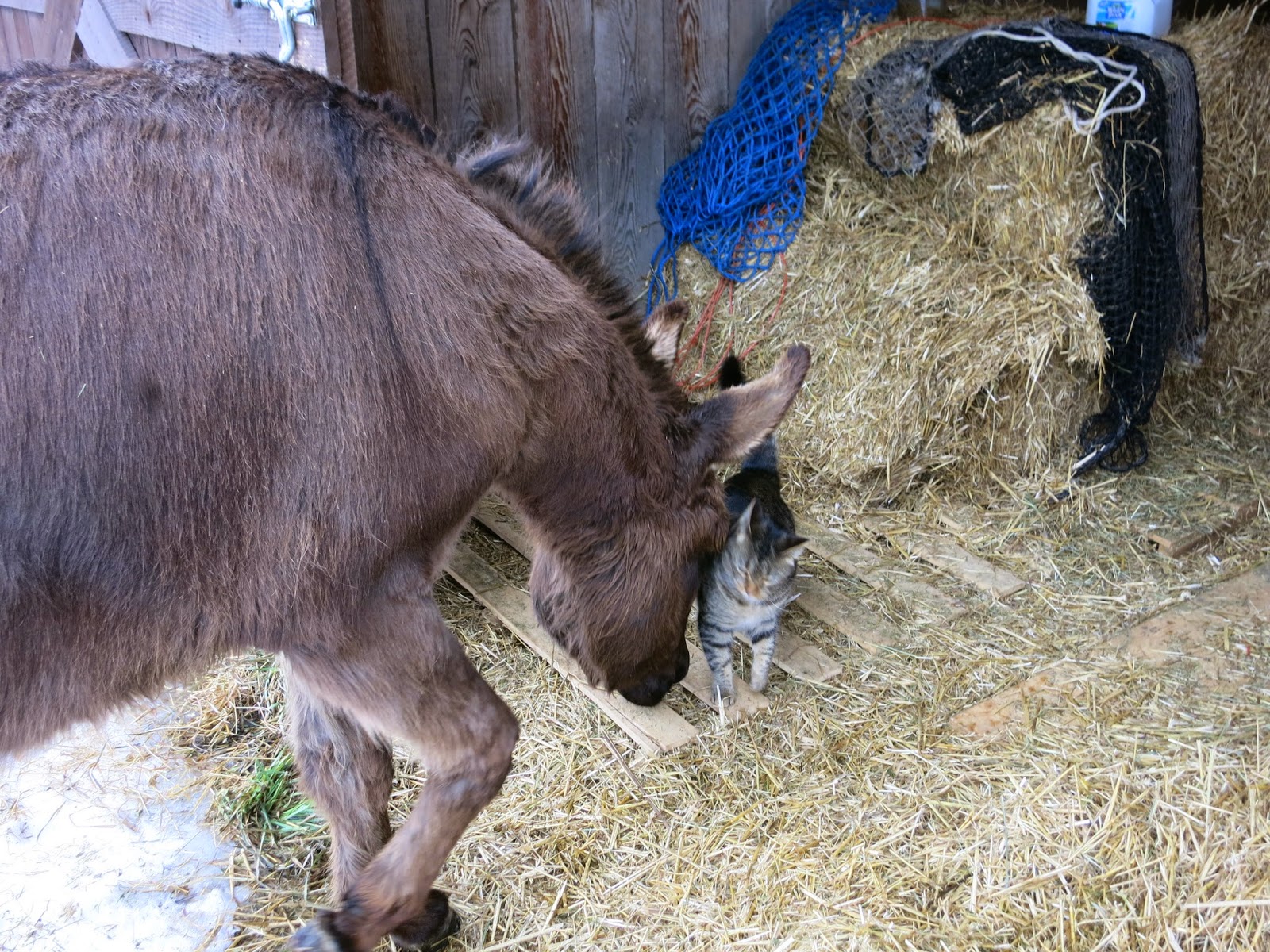 The real question is whether she keeps the rabbits away. 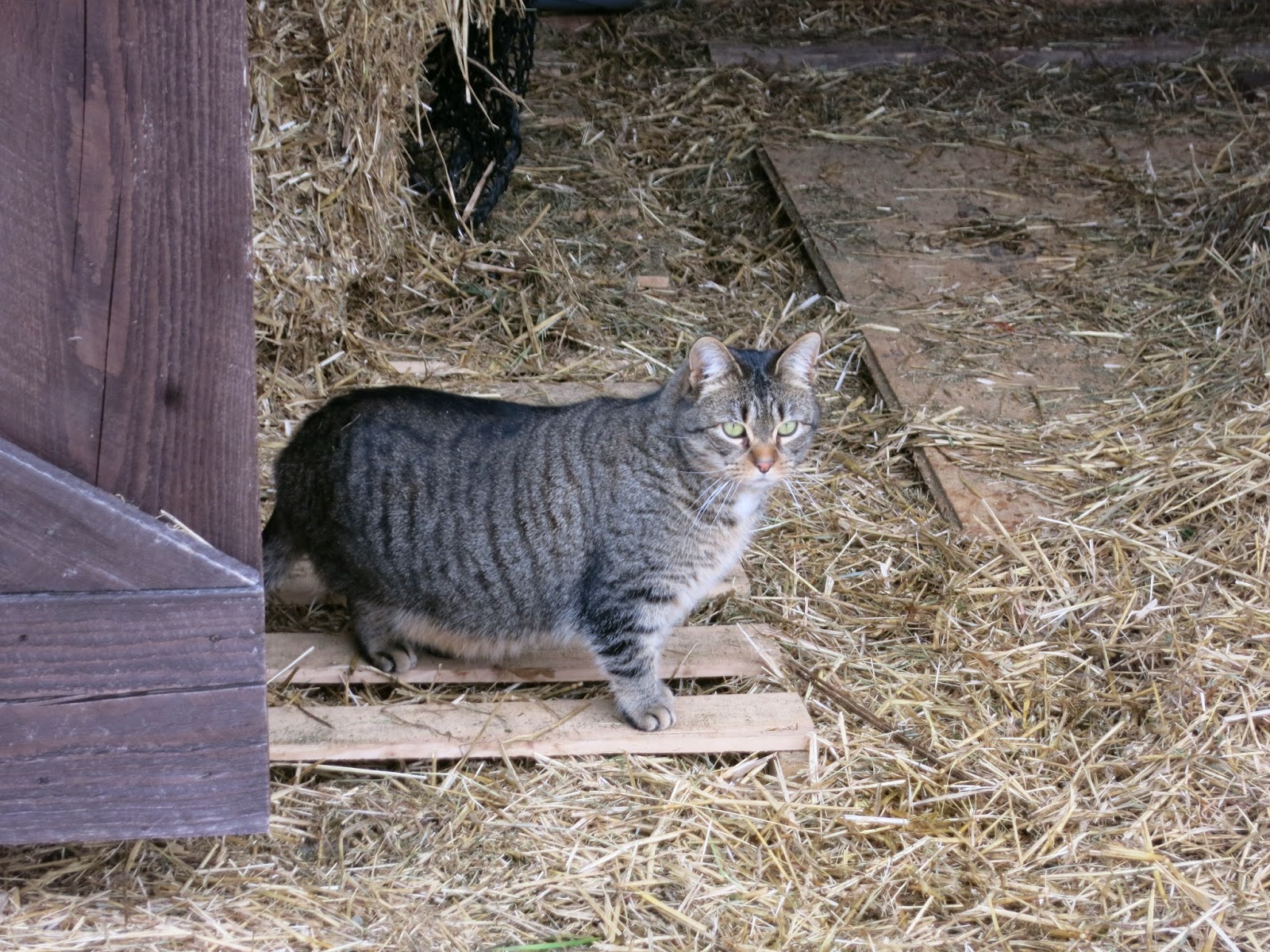 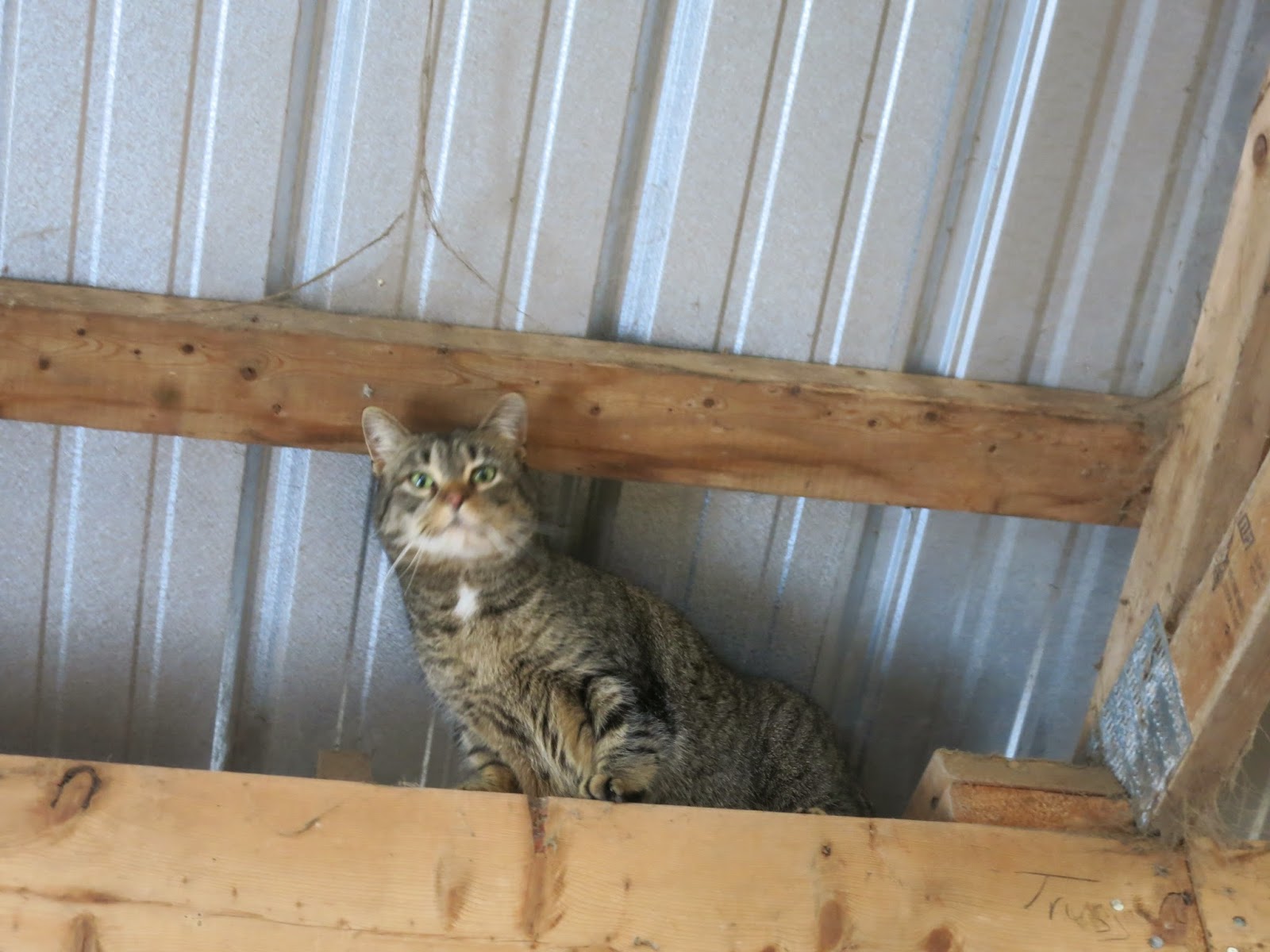 She's pretty good at keeping the dog out anyway. 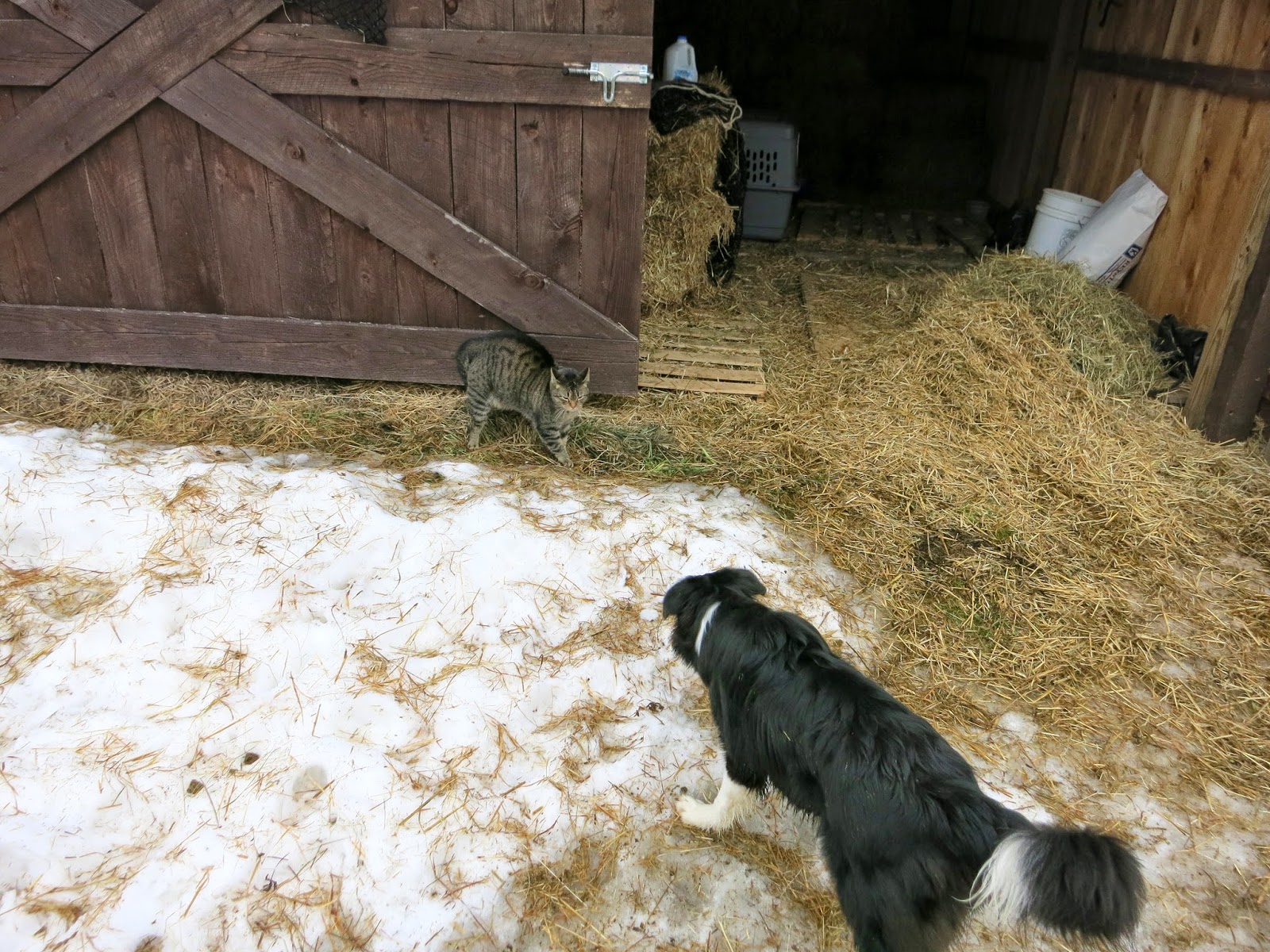