Riding Buddy found a new horse.  Actually, this horse shopping experience ended up being the easiest  I've ever seen.  I'm still kind of waiting for the other shoe to drop, but little Bailey has been here over a week now with only minimal drama the first few days and all of that because her old mare got herself worked into a hormone induced hysteria.  The new girl has been quite good.

She is a four year old QH/mustang cross.  A bit of an accident whose owner didn't know quite what to do with.  When they finally realized they were out of their depth, they sold her this spring to a trainer who has worked with her all summer.  The trainer also owns a horse-campground up at Brookfield and hosts numerous clinics.  In addition to lots of trail miles, Bailey has gotten to be in all of the clinics including police-horse obstacle training and cowboy-mounted-shooting.  That last is a rather new bit of crazy equestrian gaming where people race around on horseback shooting balloons with a pistol at a gallop.  I don't think they are actually trying to shoot the mounted cowboys, despite the unfortunate nomenclature.  I'm told they use blanks.  Not quite my cup of tea, but sure is great experience for a young horse. 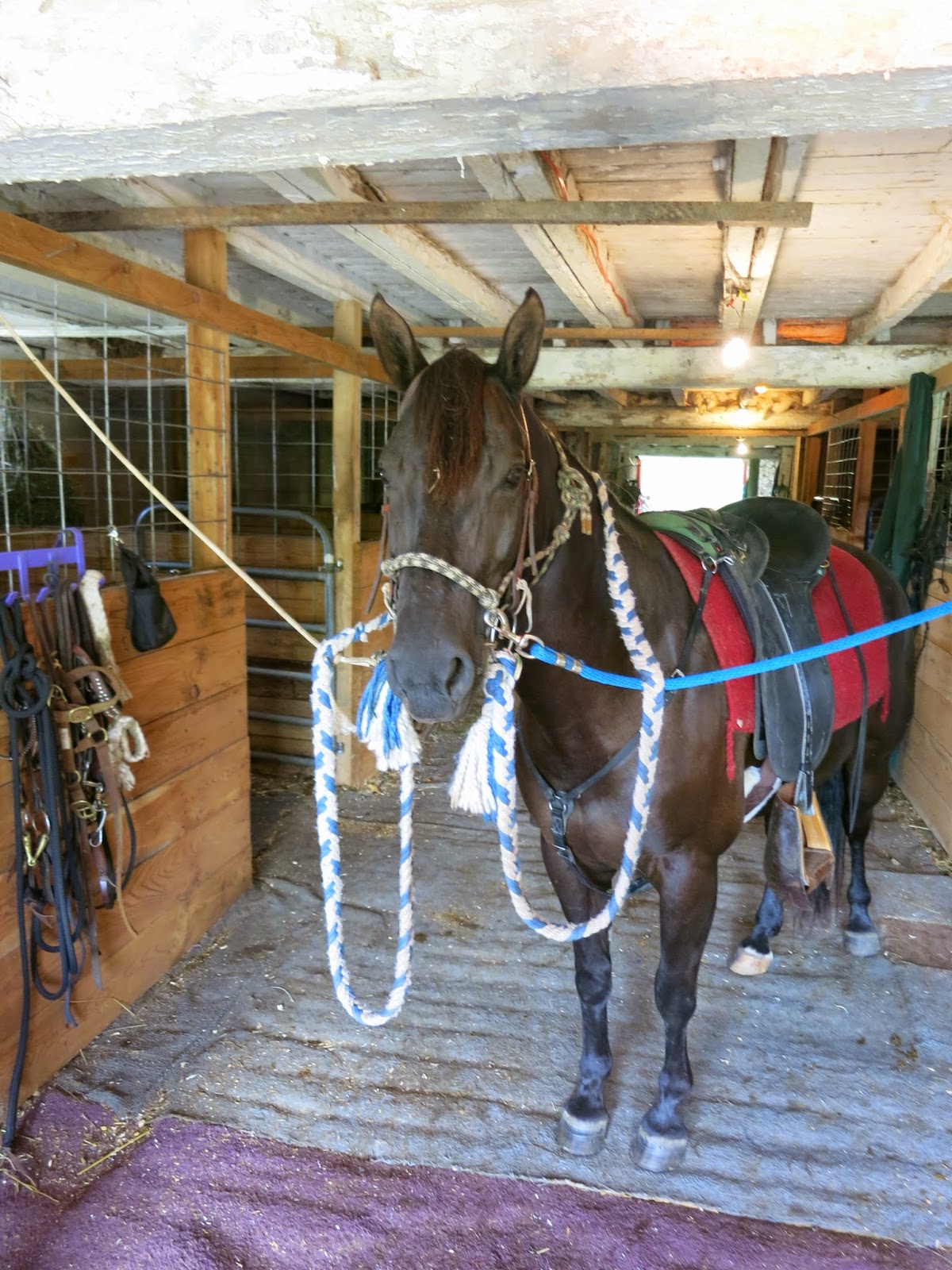 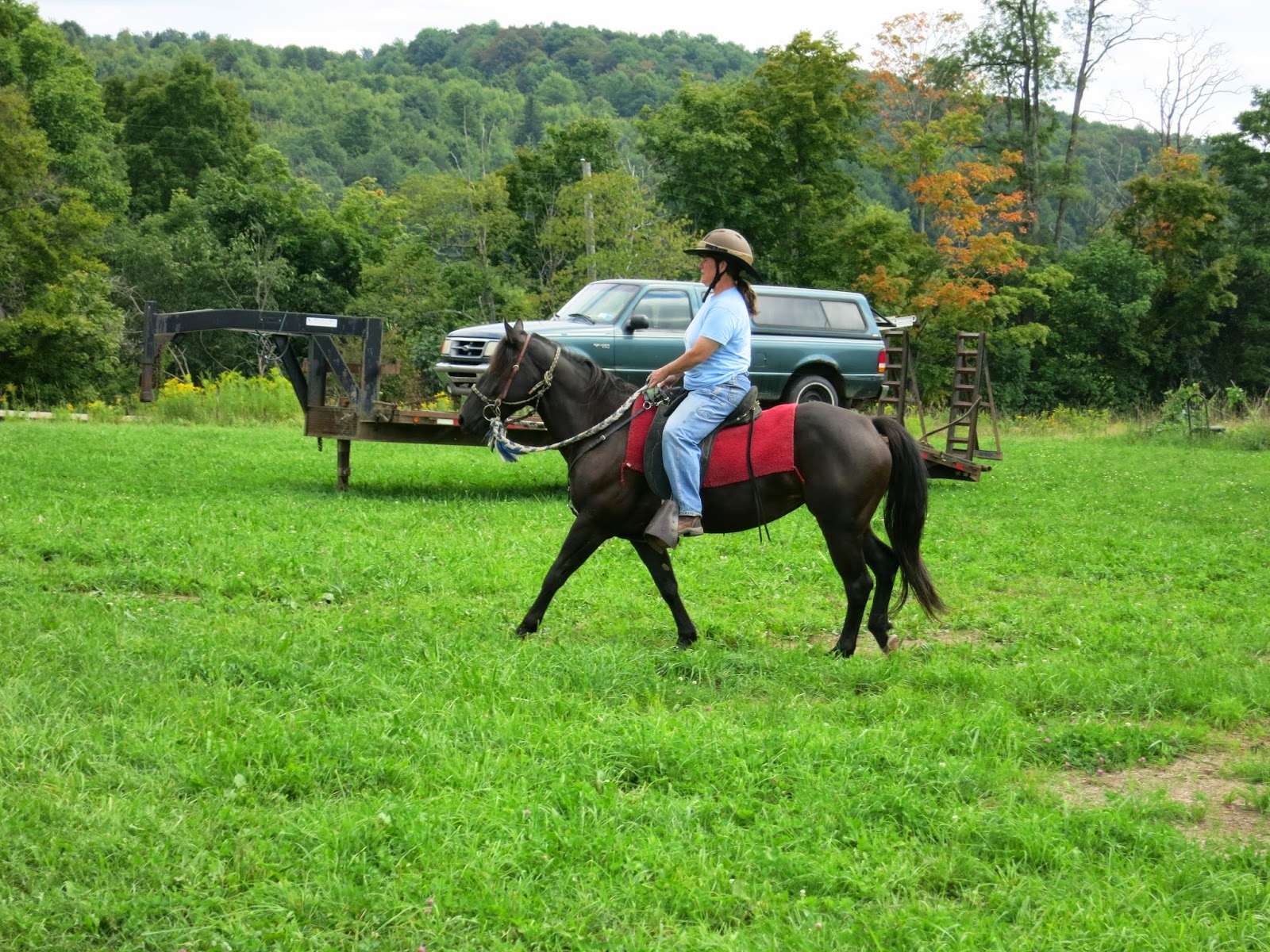 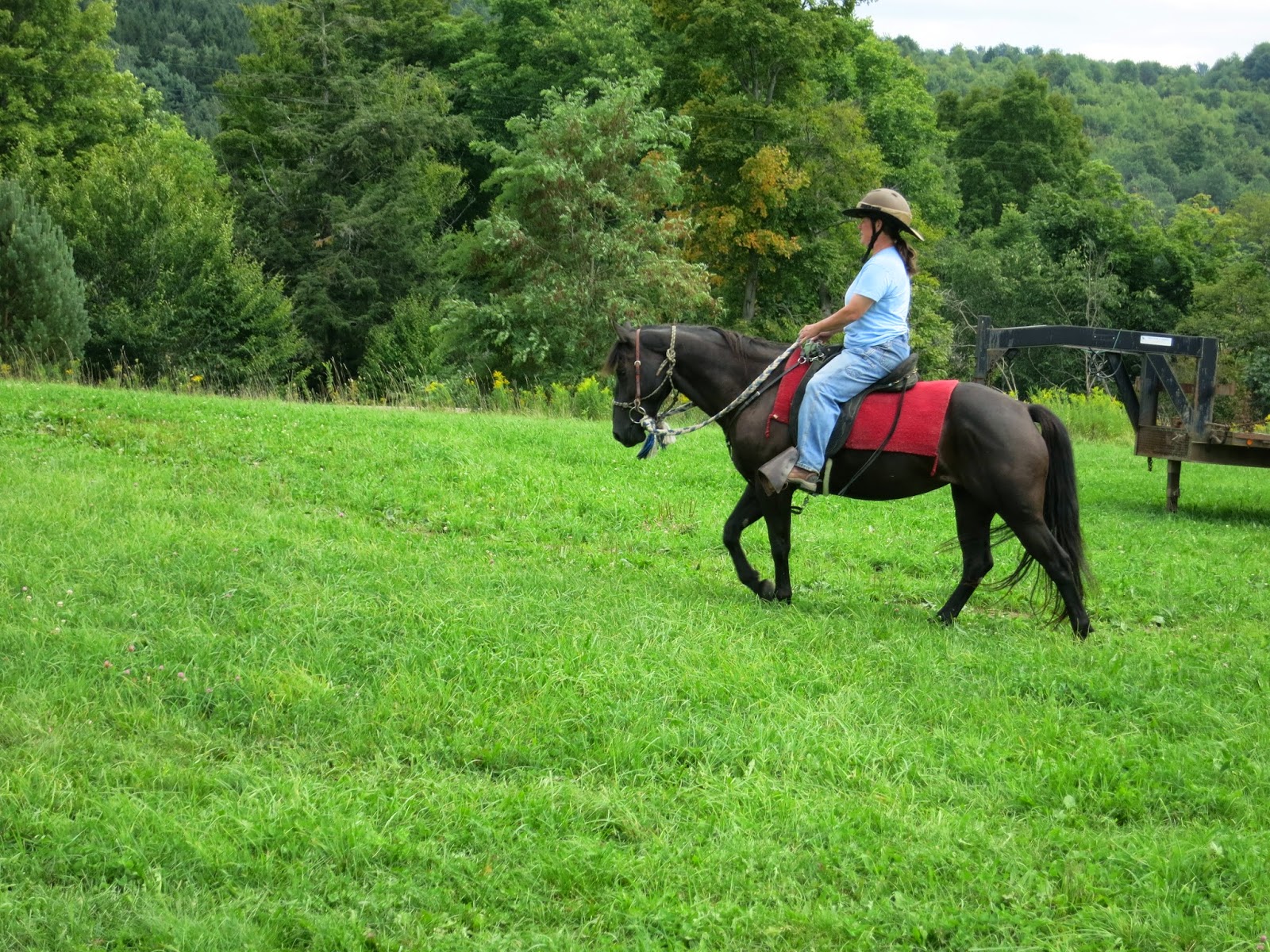 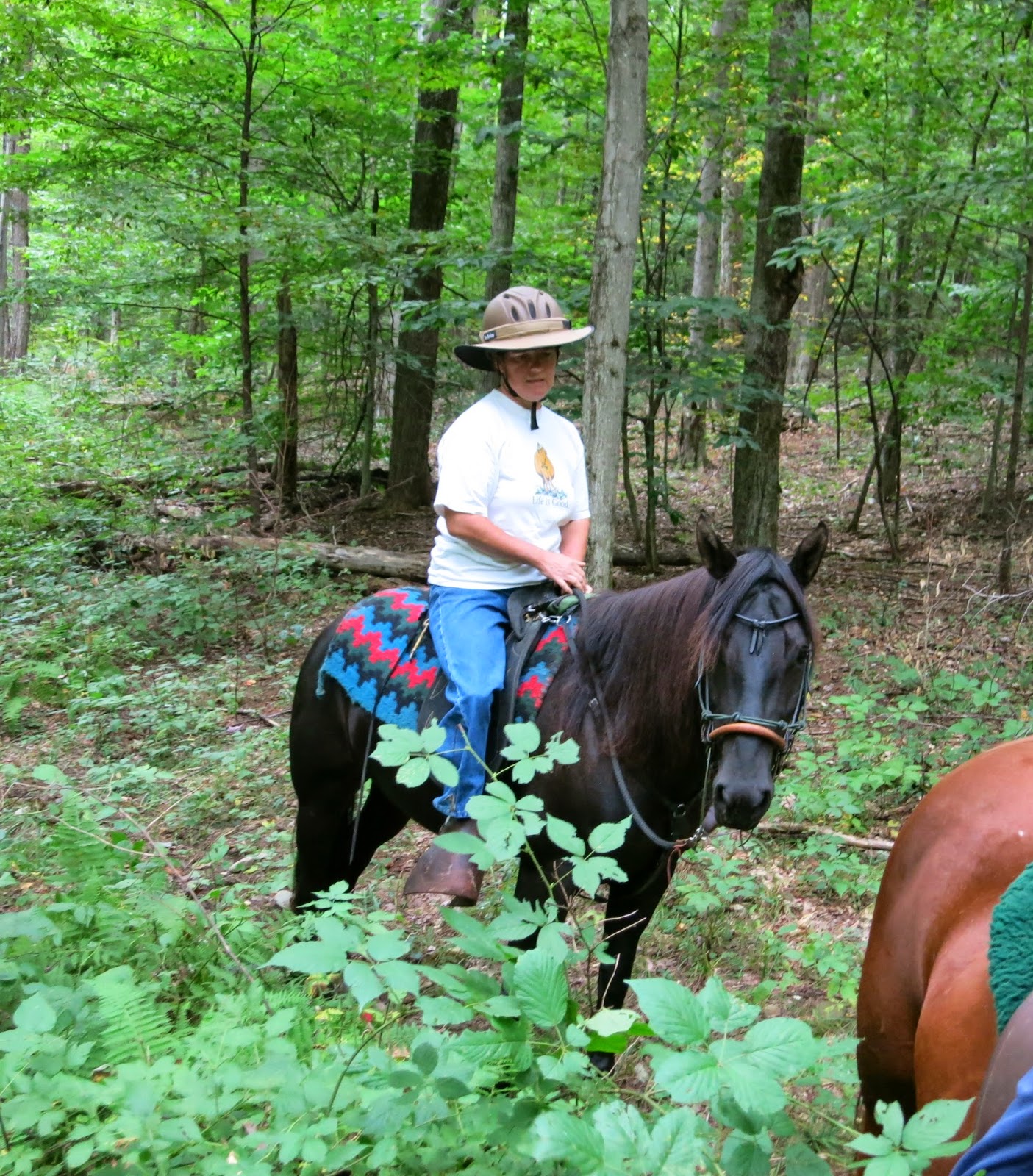 One of the things that RB fell in love with right off are her tough, rock-crunching bare feet.  They are self trimming and tough as nails right now.  We are both going to be VERY interested to see if they maintain in our environment. 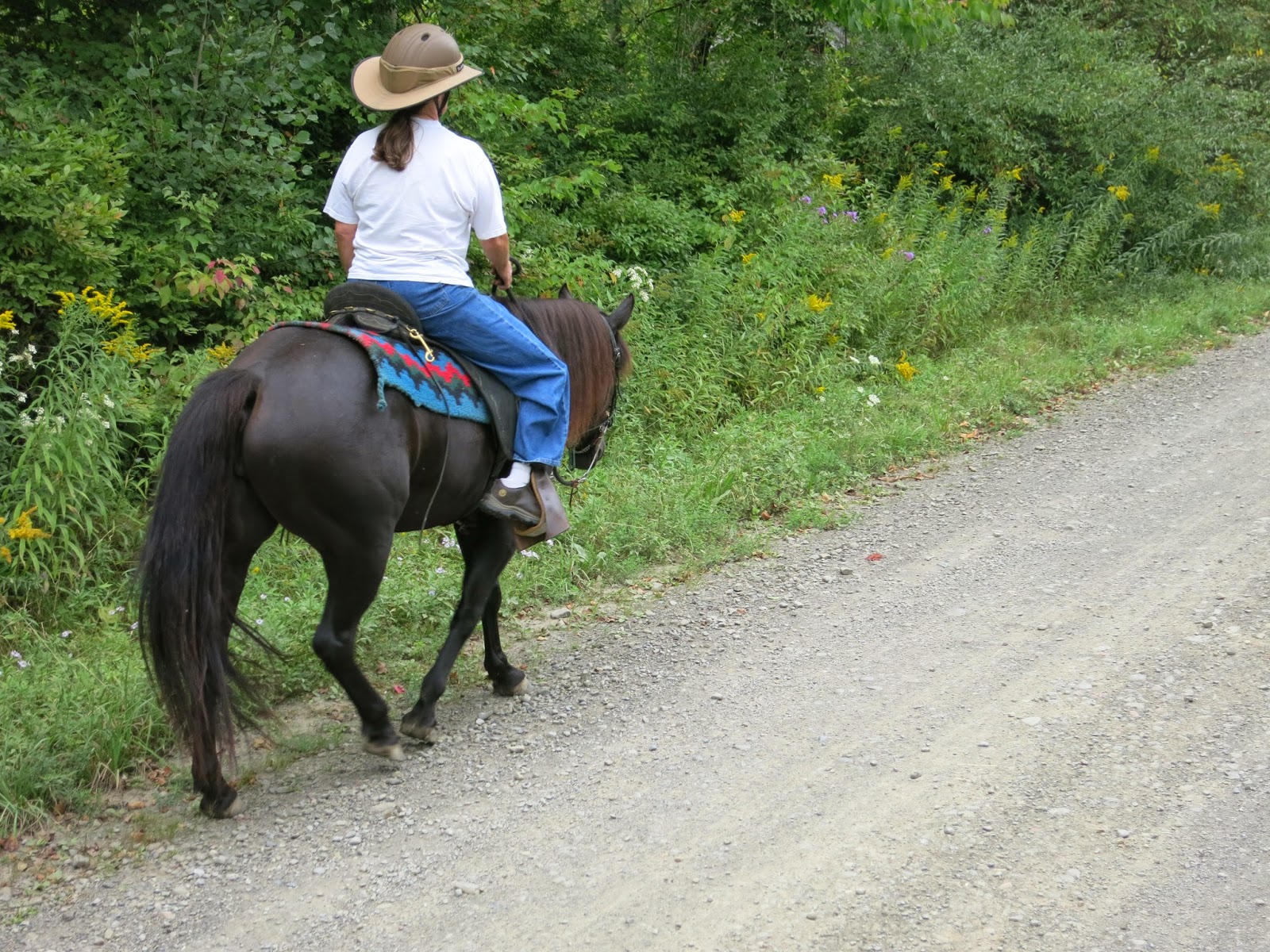 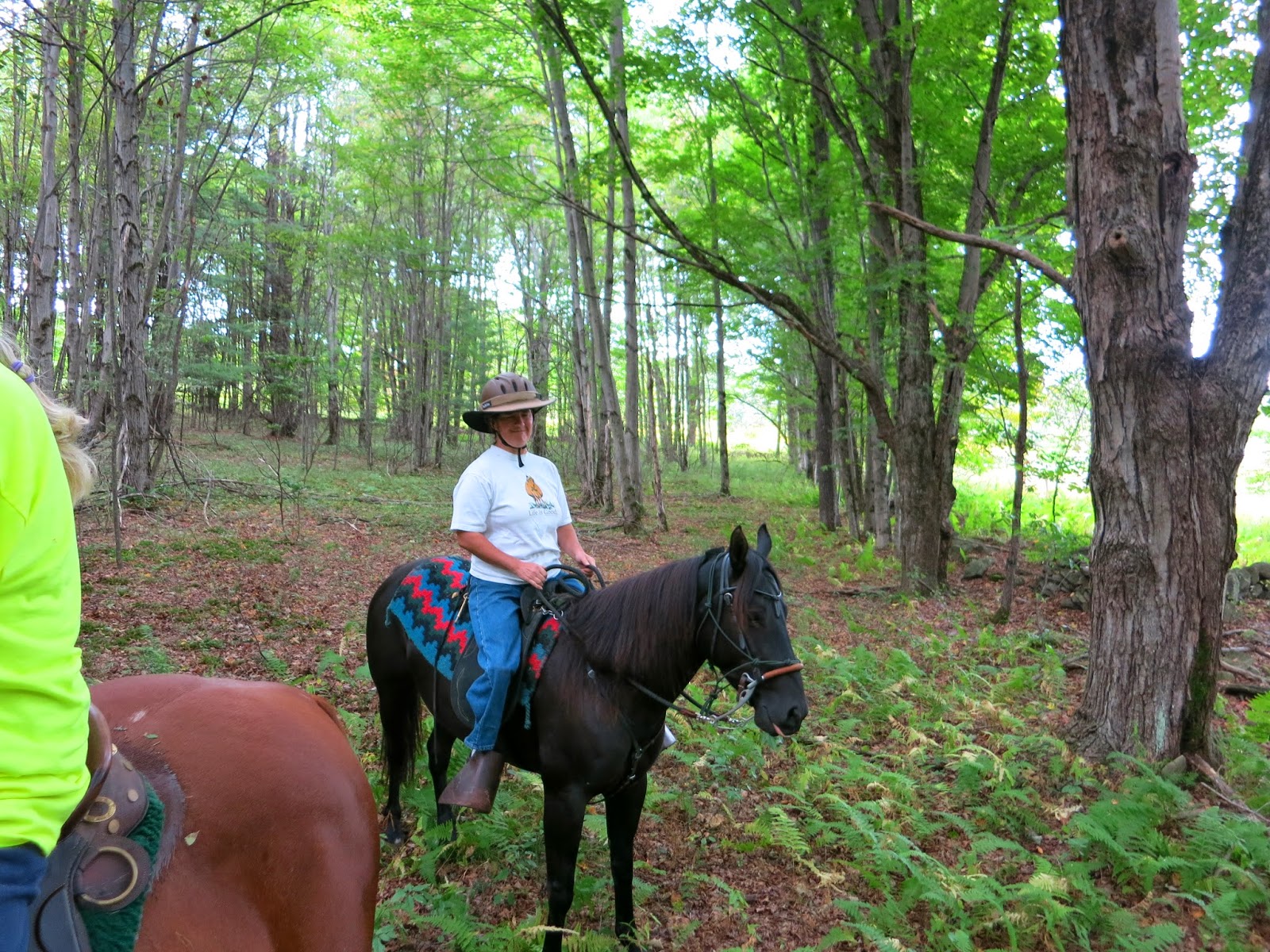 We had a lovely trail ride yesterday afternoon.  We were out for about two hours, we crossed a stony creek, bulldozed through brush, ducked under branches and climbed over logs.  Bailey didn't put a foot wrong.  She still needs work and a lot of maturity, but this little mare is sweet as can be and has a good brain.  I think she'll do just fine.  Welcome Bailey Girl. 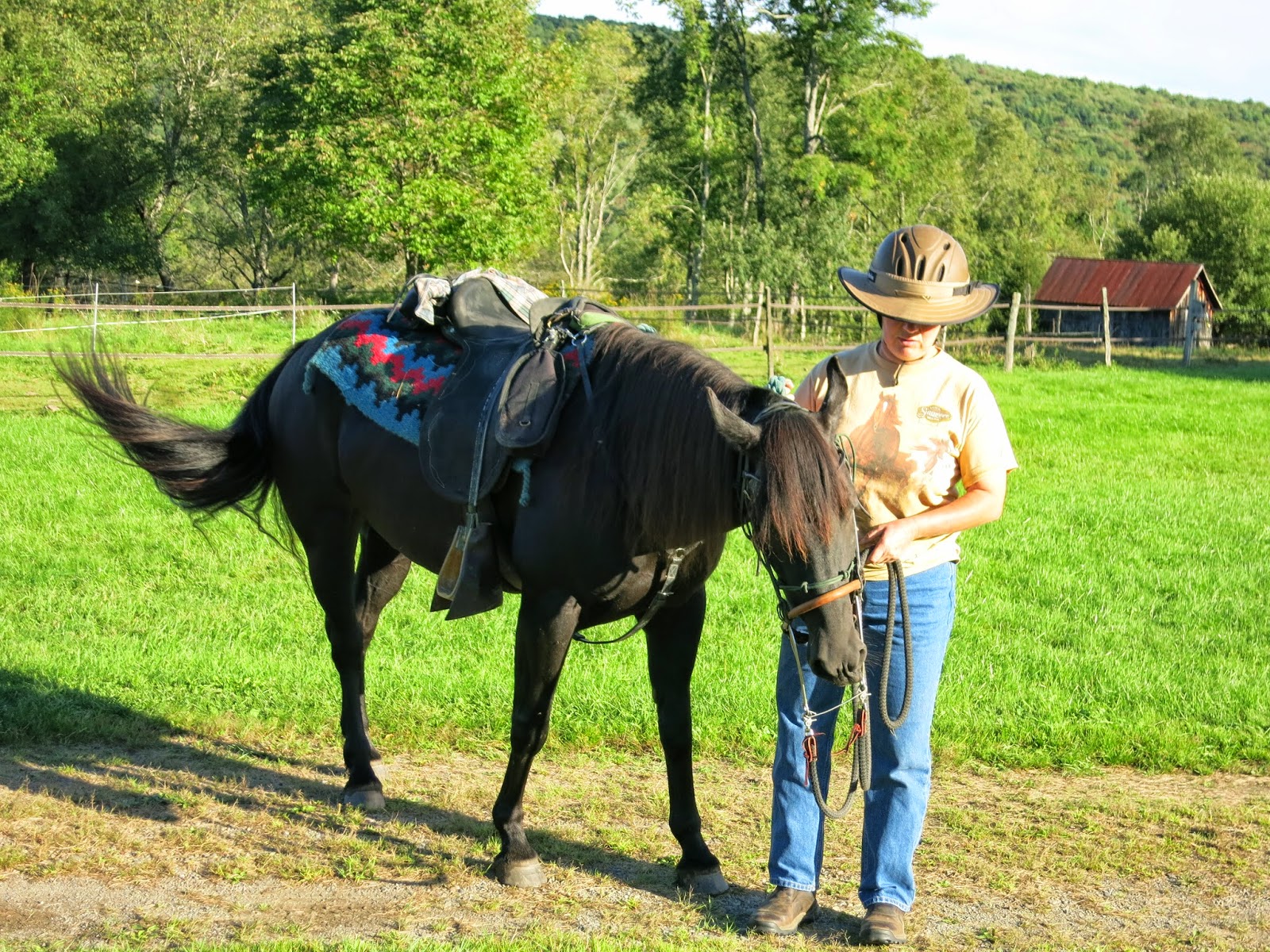 Posted by The Dancing Donkey at 1:10 AM