I've been trying to do some driving lessons with Emma again.  We hadn't been making much progress due to a combination of lack of time and Emma being convinced that driving is a waste of time.  The big difference in driving horses and driving donkeys that I see is that horses will always move forward.  As long as you have forward motion, it can eventually be directed.

Emma is pretty darned sure she doesn't need any direction.  She is also quite convinced that forward motion should be used to go from one bit of yumminess to another.  I can see why all the donkey driving advice I have seen starts out with, "start in an arena where there are no distractions".  We were both getting a bit frustrated so I set it aside for a while to ponder the situation.

I decided that my two biggest issues were food distraction and lack of forward motion and finally came up with a plan to address both.  To address the issue of forward motion, I took the donkeys for a walk in the woods which is their favorite activity. Once we were out on the trail, I attached my lines to Emma's halter and "drove" her down the trail.  She loves being out in the woods and is always eager to head out so I had plenty of forward to work with.  At first, I just followed along and tried to anticipate her direction.  I would then "ask" her to turn that way.  Eventually, I started asking for real and she finally got the idea.

My second solution is a bit of "terrible awfulness" according to Emma.... 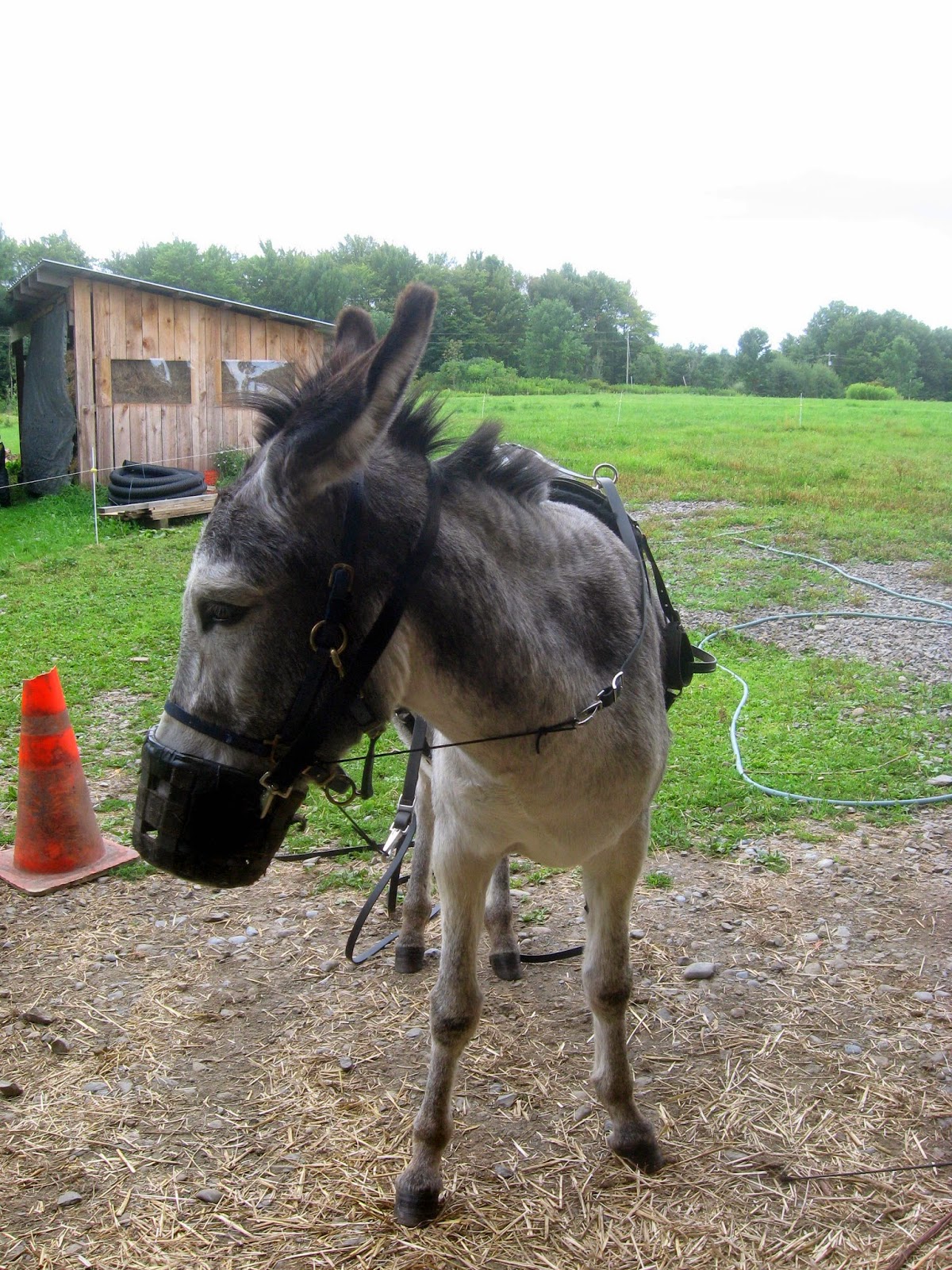 I took her out ground driving with a grazing muzzle on. 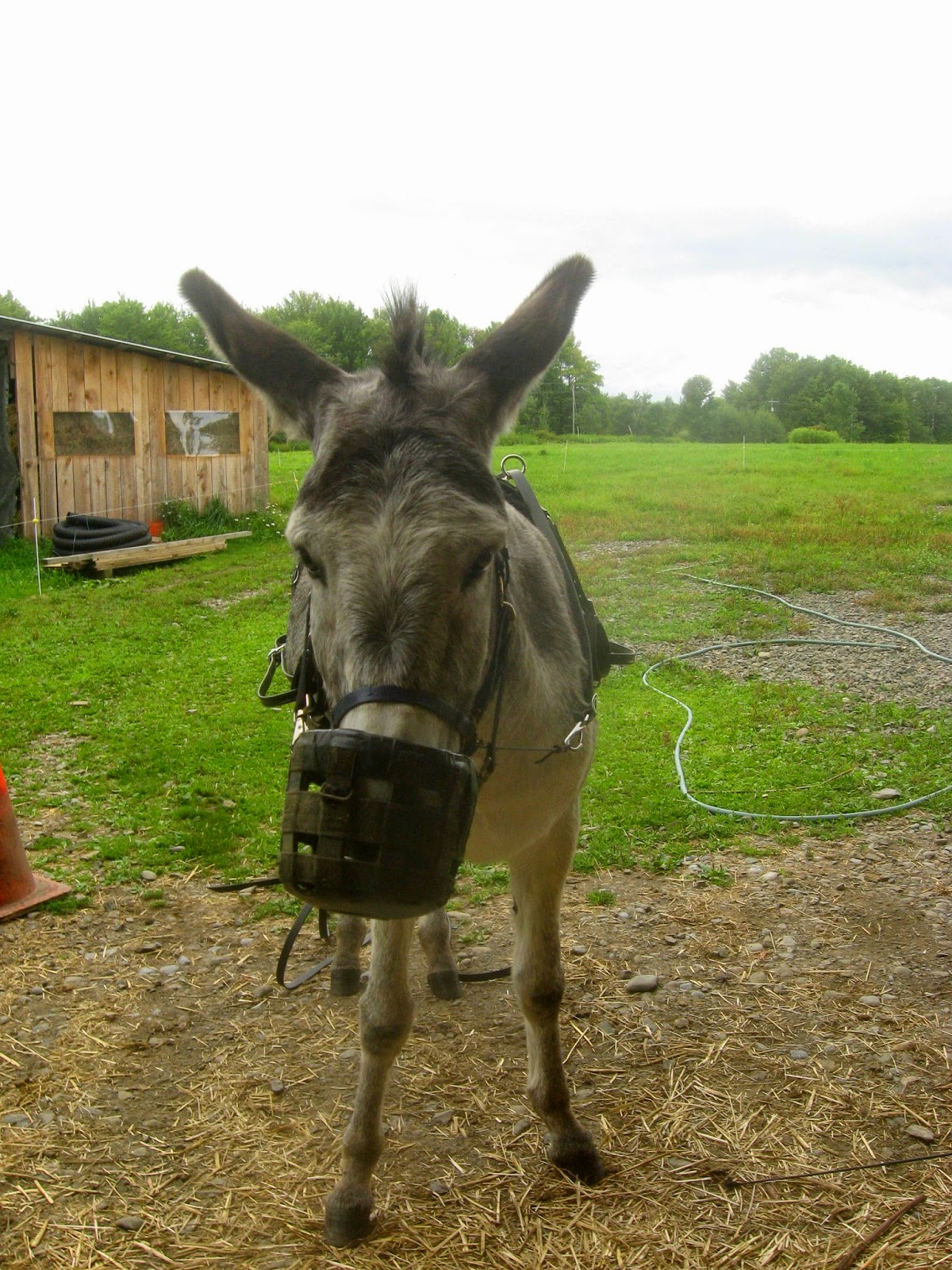 We still have a long way to go, but we are making progress and Emma is still taking to me despite the injustice. 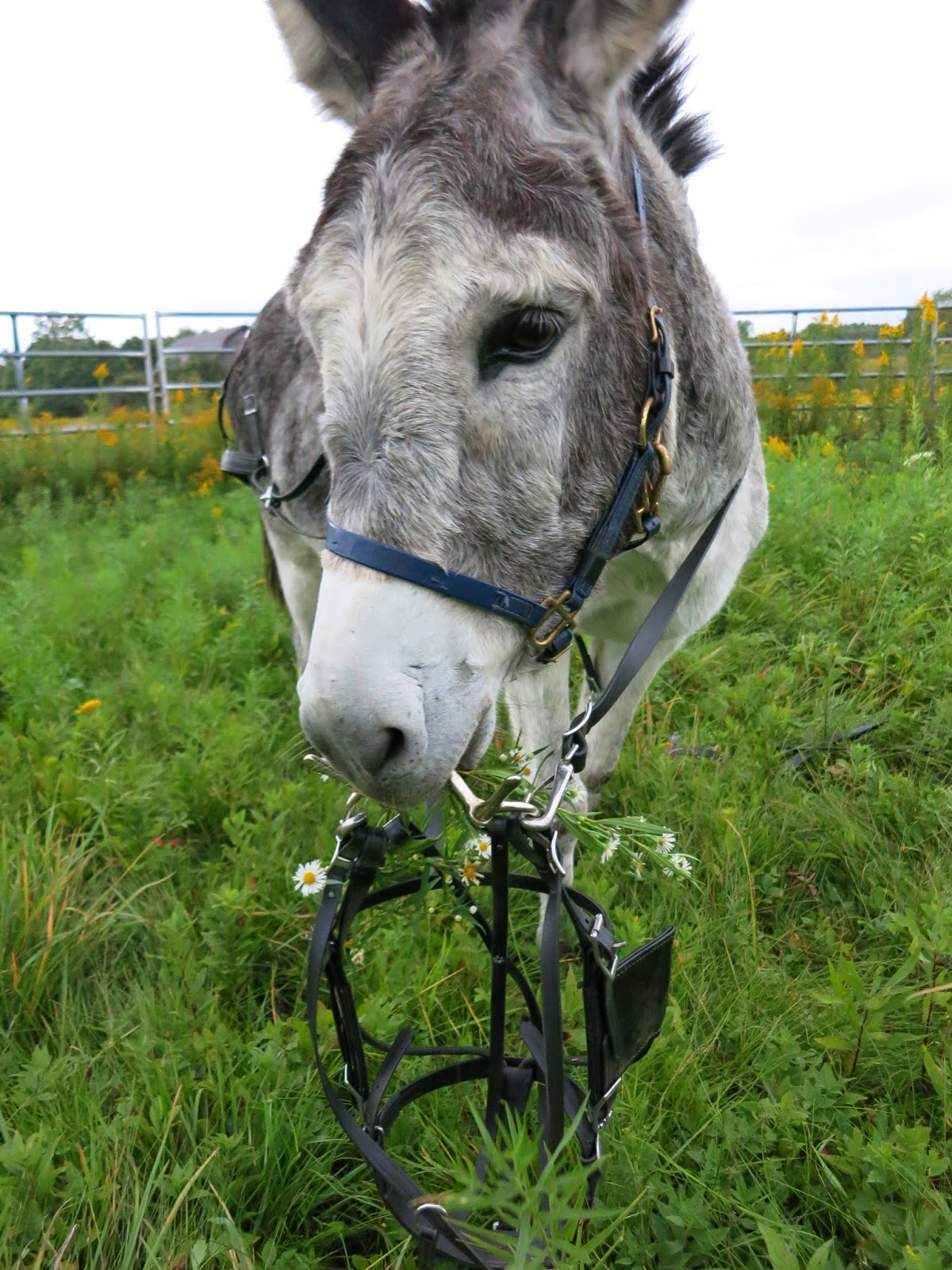 By the way, for those of you who were impressed with my "sunflowers" and my superwoman gardening ability.....I do hate to disillusion you, but, um, those aren't sunflowers and I am so not superwoman.  In fact, most days I am SO not superwoman that I feel like I might actually be made out of kryptonite.  (Did I spell that right?)

The goldenrod and Asters are in full bloom at the moment.  Around here they completely take over every bit of poor soil and or untended ground and are considered a semi-noxious weed.  When i bought this 20 acres of land, the only portion not completely covered in goldenrod was the 3 acres of woods.  I've been trying to kill it off ever since.  The stuff is great for honey bees and generally means the difference between life and death for them so I do appreciate it and it is pretty for a while.... 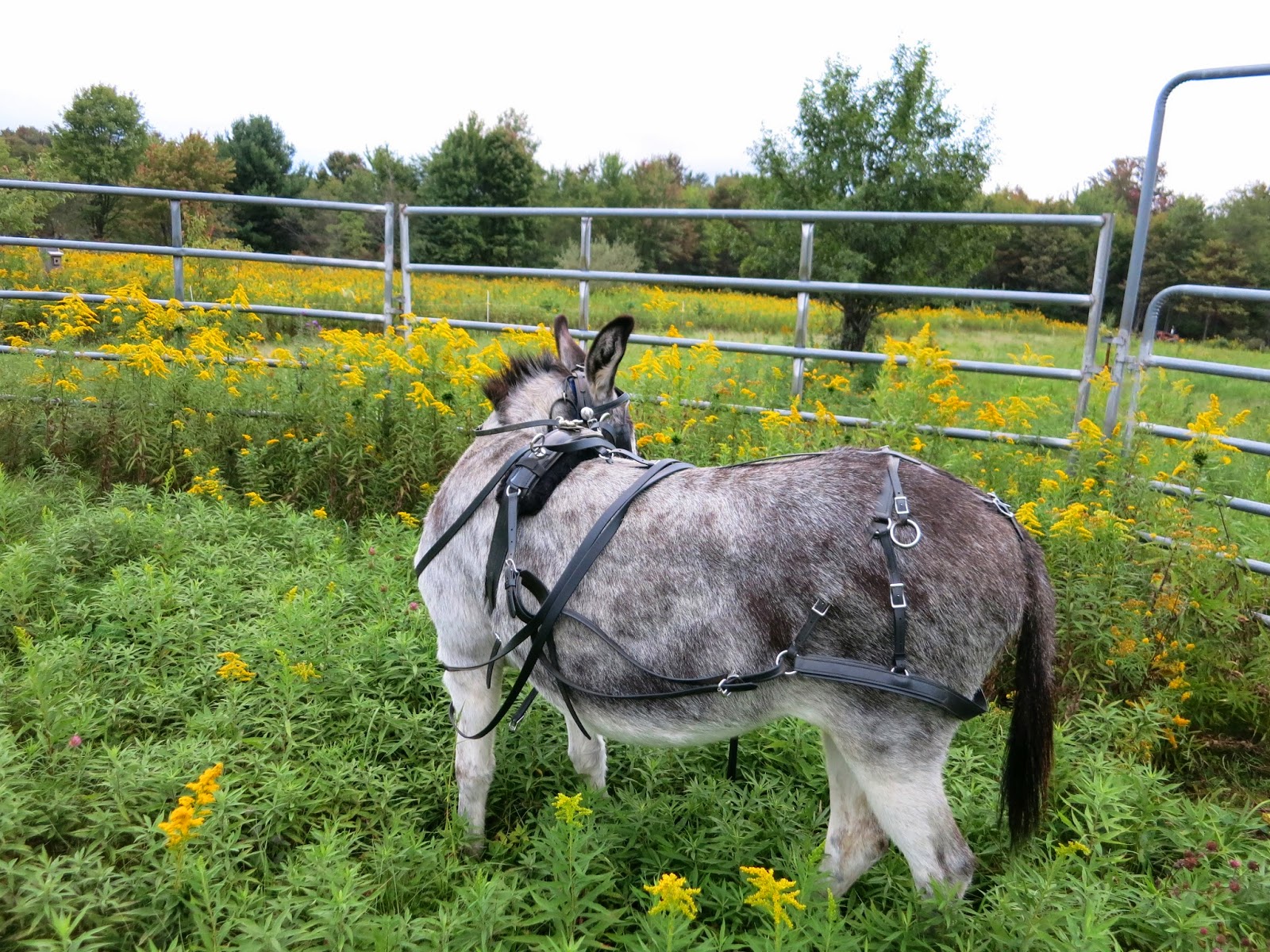 ...but I would dearly love to mow it all down.  The stuff Emma is wading through was mowed down twice this year.  The shear abundance of the stuff all around me is the byproduct of continued tractor issues and lack of weed-eating.  Definitely not superwoman, but thanks for the thought:) 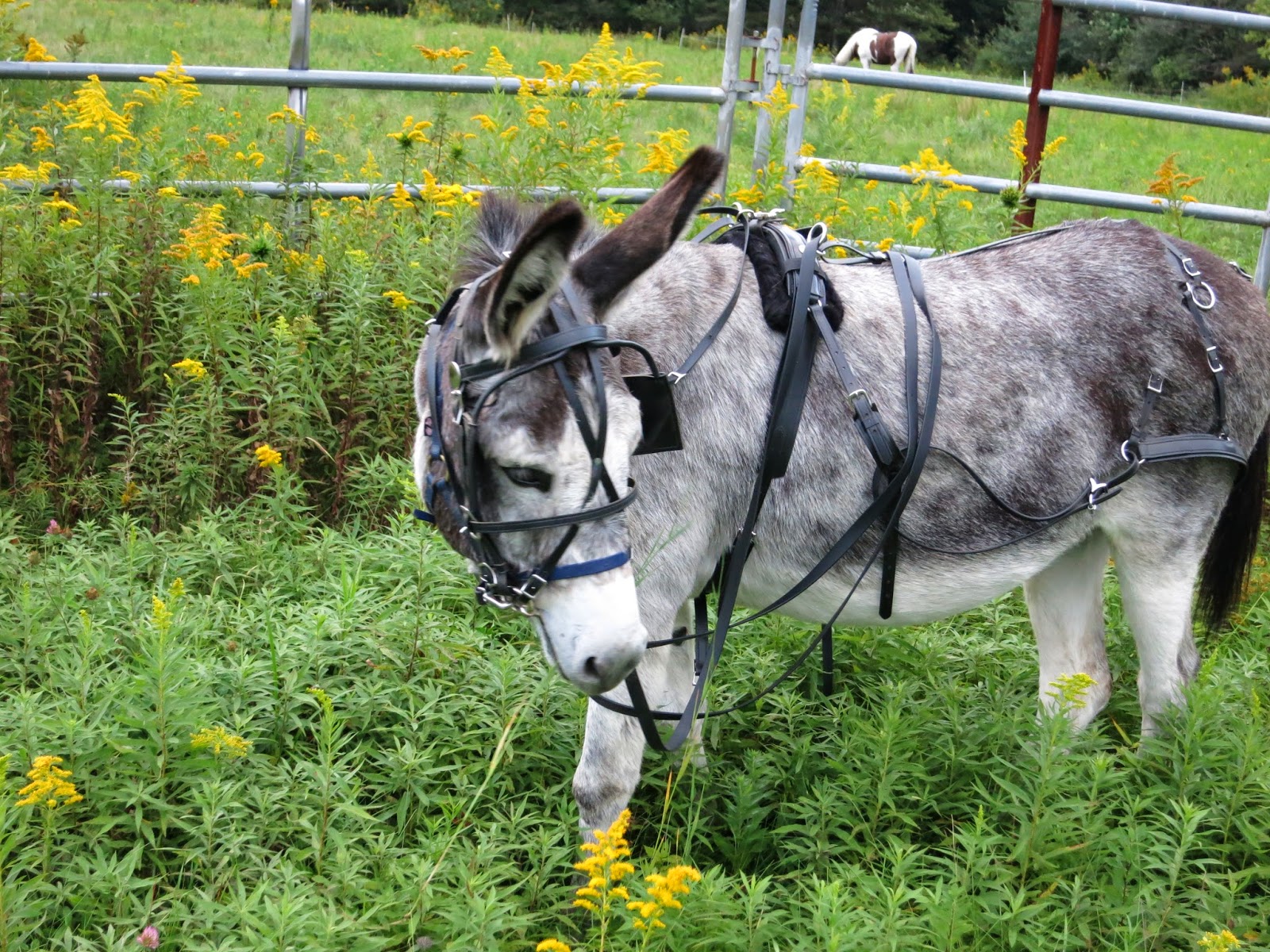 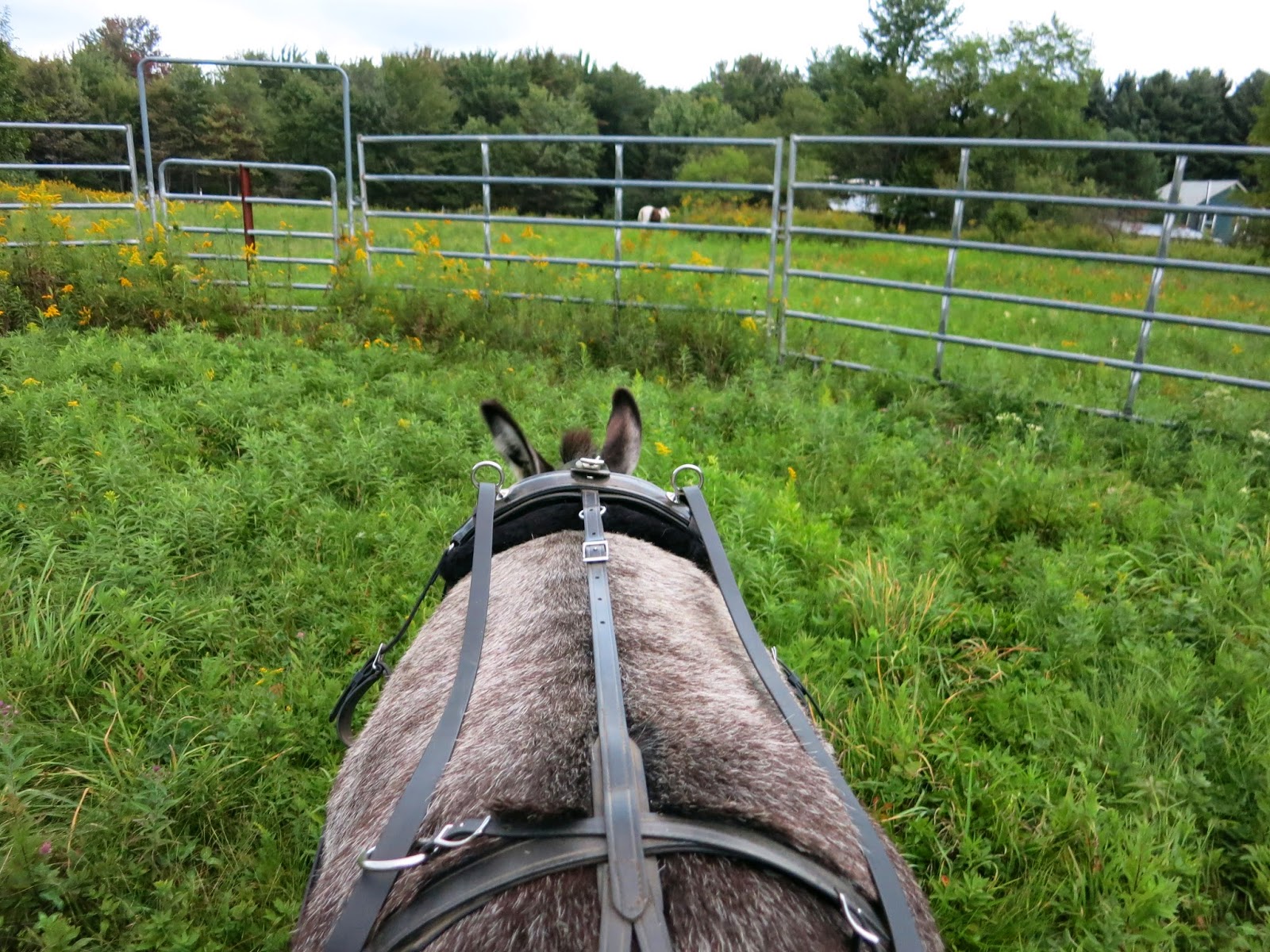 "Don't listen to Ma bloggy peoples, I rather like a nice fresh goldenrod blossom now and then." 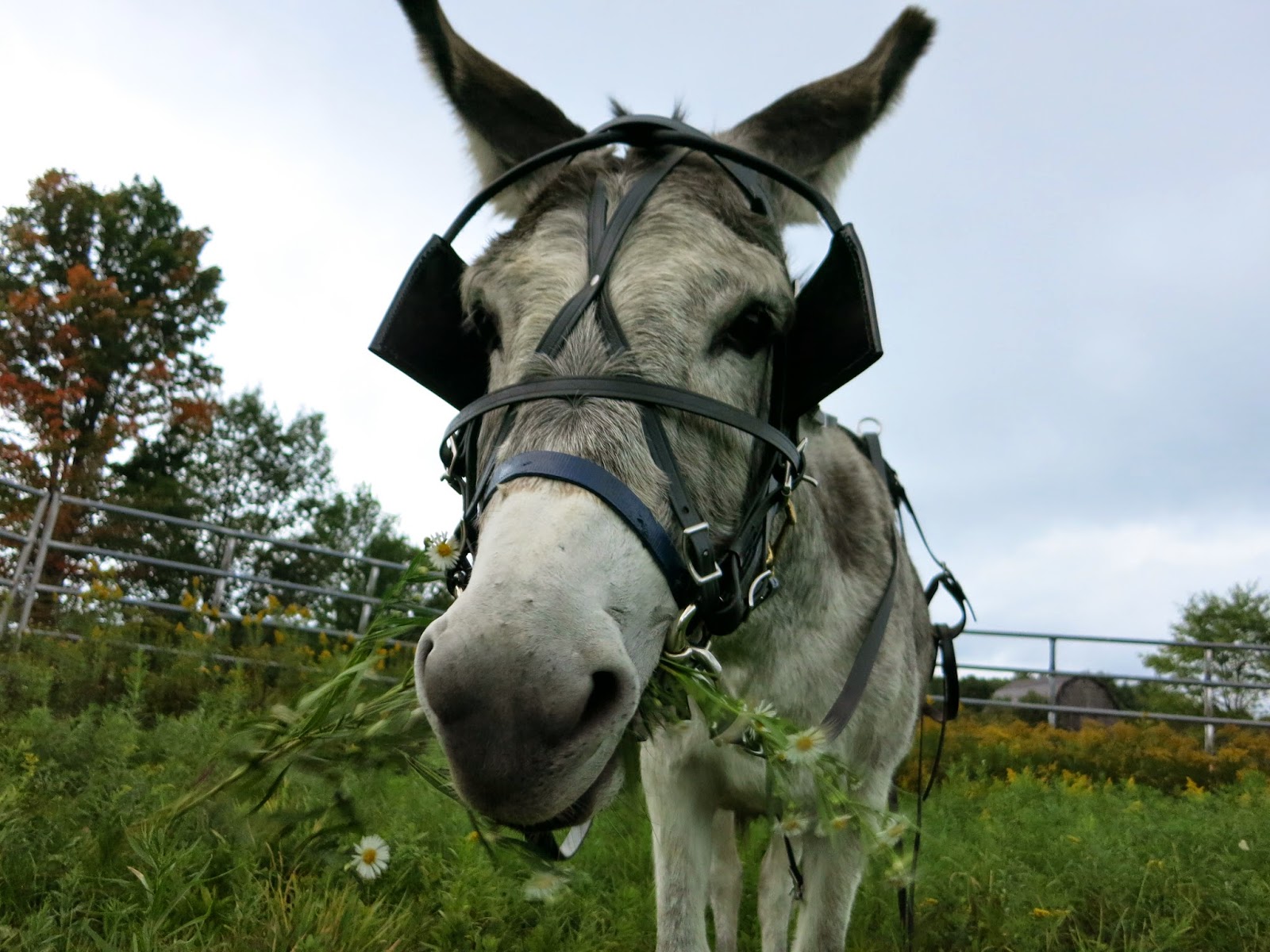 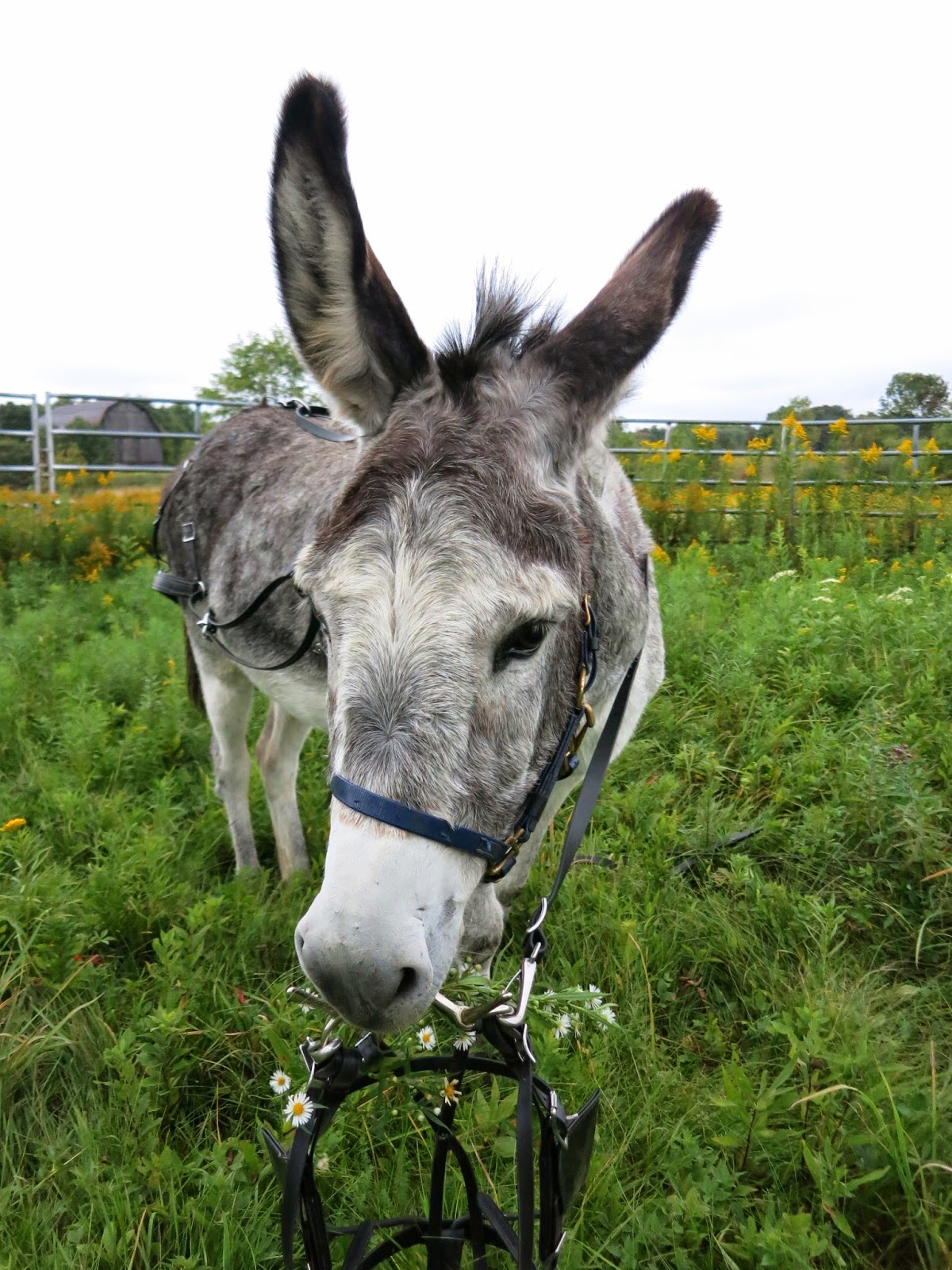 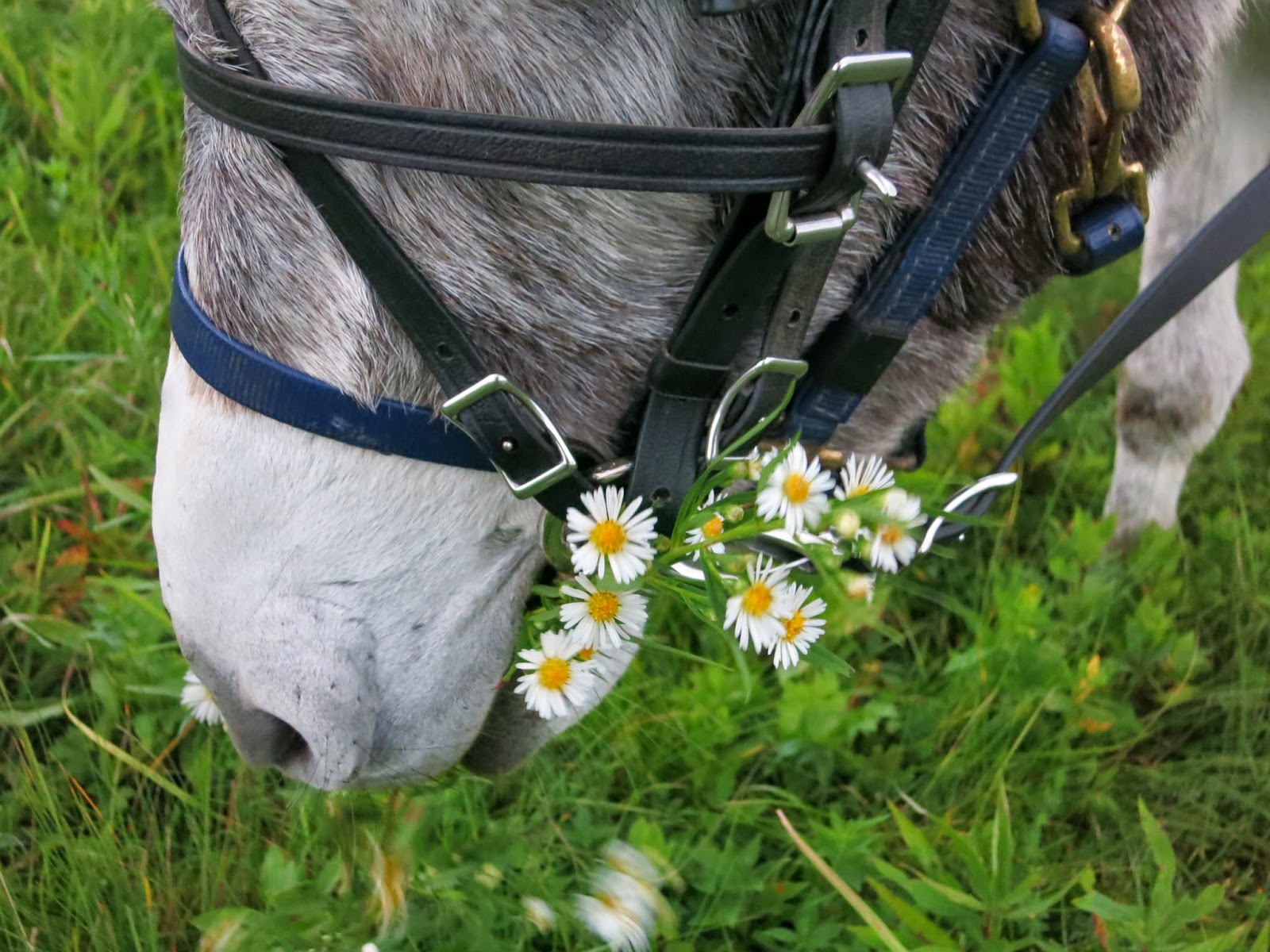 Posted by The Dancing Donkey at 12:50 AM