Say hello to the newest farm addition, Buster, the livestock guardian dog.  He is a 5 year old Meremma.  He came from the same farm as Kelsy did last year.  When Farm Buddy asked them for advice about a predator dog, they said they might have just the answer and this is it... 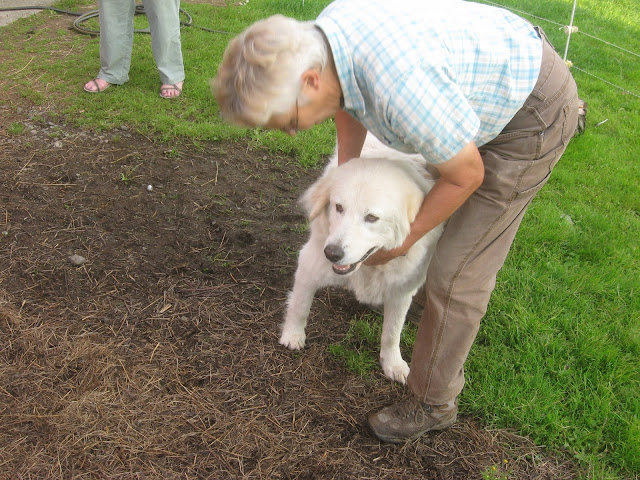 He was doing his job well at their farm with one exception.  He was great when his sheep were on the farm, but when they were moved to a pasture across the road, Buster would leave them and come back to the farm, which is where he wanted to be.  It was worrisome for the sheep and for Buster who was crossing the road by himself.  On the other hand, that is exactly what FB needs, a dog who will stay at the farm protecting everybody, not just the sheep.  It seemed like a good fit so he has been here for about 3 weeks on a trial basis. 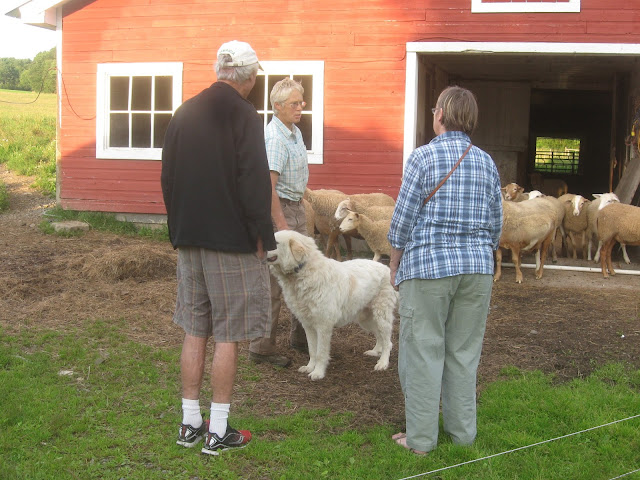 Something tells me the trial is over. 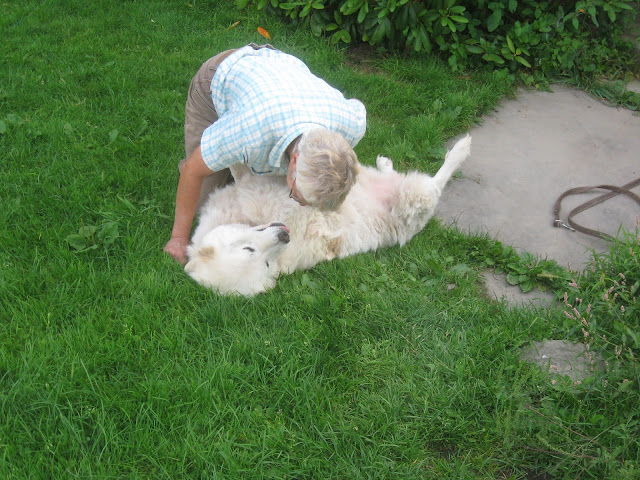 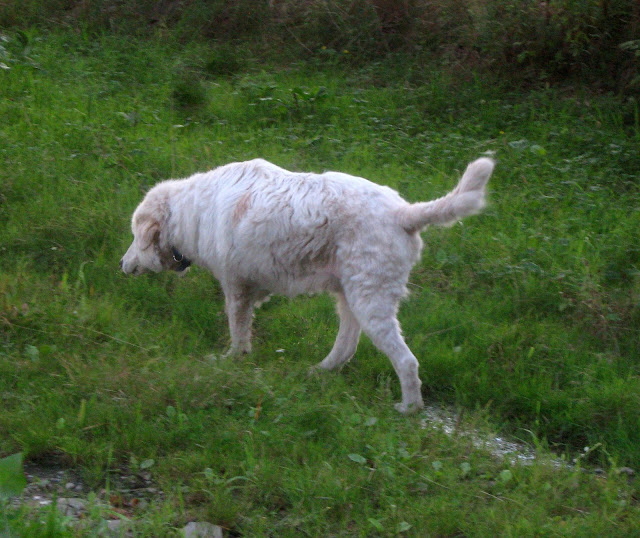 He did suffer a rather brutal haircut because he had some terrible mats.  It's only hair though, it will grow back and then his tail won't look quite so goofy. 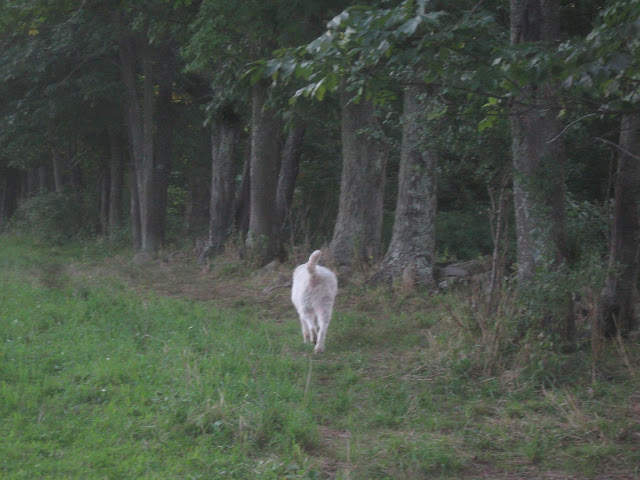 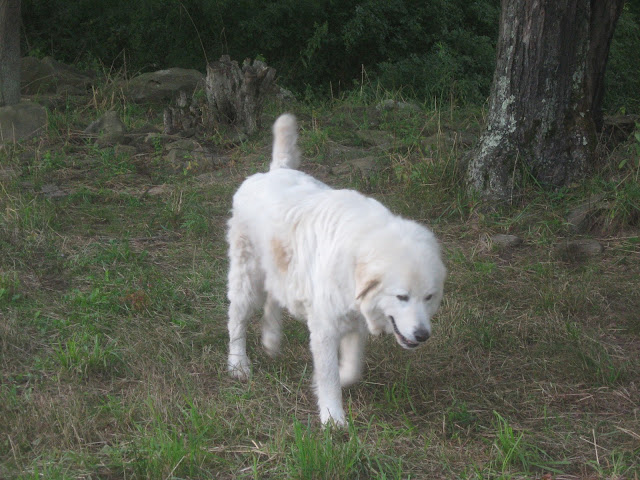 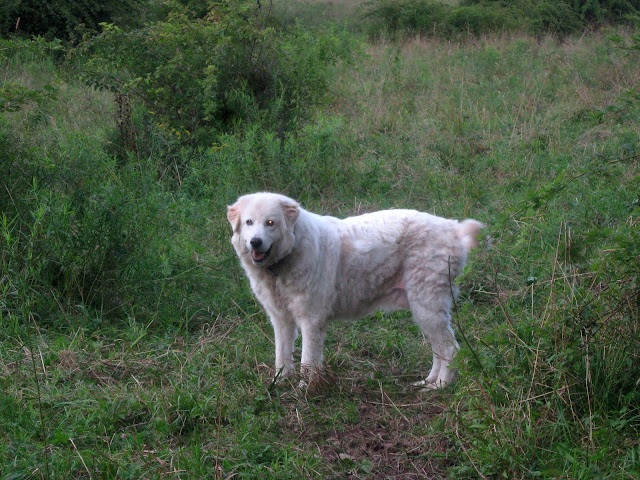 In other news, I had some folks come out to visit Emma and Ramsey and all the rest of the Dancing Donkey crew.  They came all the way from Boston to meet a couple of special donkeys, which is amazing and just a bit baffling to me, but good.  It was a real pleasure to meet such wonderful people who love donkeys.  Thanks for coming.