I probably should have mentioned, when I posted this picture of a nice, big catfish.... 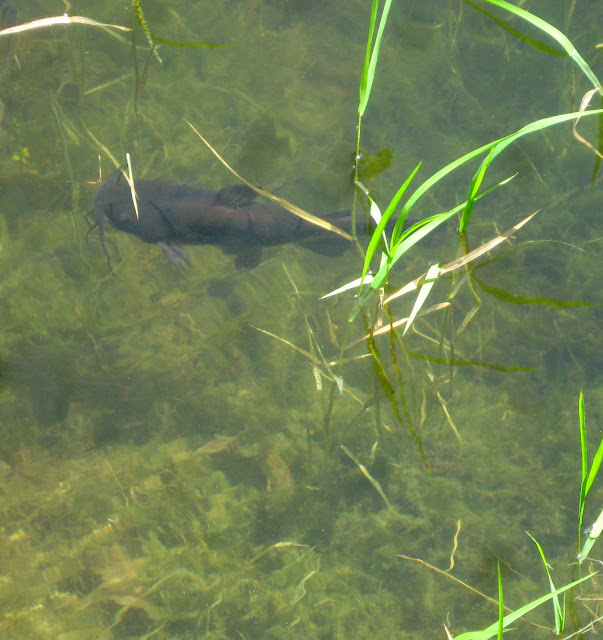 that it isn't my catfish and this isn't my pond.

The reflection pictures I posted were all of my pond, which is just behind my  house, tucked into the edge of the woods.  These pictures were taken during one of our walks, at a pond about a mile from here.  It belongs to an old gentleman who has a little cabin in the woods and a pond with some fish that he feeds.  How do I know that he feeds them? 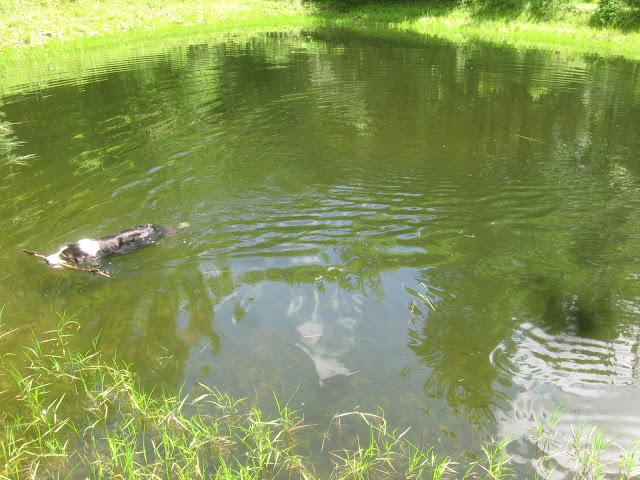 Because, when I threw a stick in the water for Tanner, they all swarmed up after him looking for hand outs. 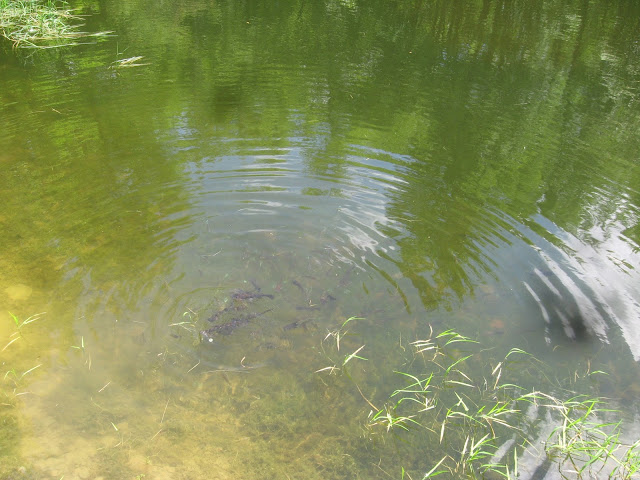 My camera was too slow to catch it, but the fish were swimming after Tanner.  As in...trying to decide if Tanner might be edible.  A few of the faster and braver souls even tried to grab a mouthful of his fur as he swam by.  I didn't throw the stick again because I didn't want Tanner to get freaked out by a bunch of piranhas attacking him from below. 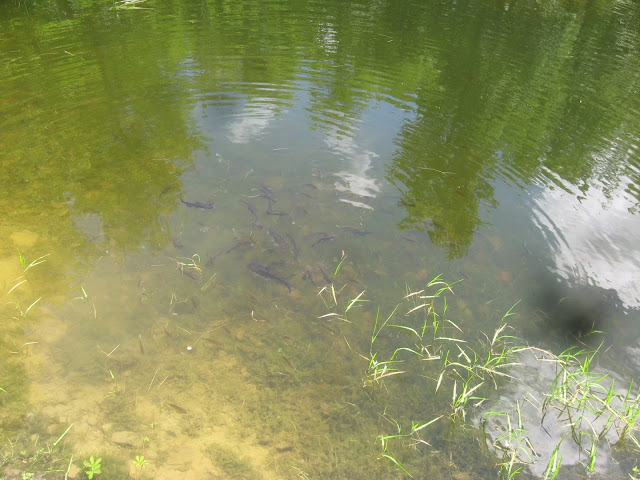 As for my fish, I have no idea.  I know that I had one casualty, as I found a dead fish a couple of weeks ago.  It looked like it might have gotten attacked by a snapping turtle.  I don't know, but that is what it looked like to me.  On the positive side, it had survived up to that point and looked healthy otherwise so I am just hoping that the other 29 catfish are still alive and well.  And watching out for snapping turtles.

The water in my pond is fairly clear, but the pine trees around it leech tannin into the water, making it the color of black tea and impossible to see down into.  I think the only way I will ever see any fish in my pond is if they come up near the surface.  The only way they are likely to do that, is if I start feeding them.

If I ever mention a desire to start feeding my fish, please remind me to visit my neighbor's pond for a reminder of why I should NOT do that!
Posted by The Dancing Donkey at 7:31 PM