I got more and better photos of Ramsey's foot this afternoon.  As you can see, the foot is still a bit distorted, but so much closer to being a normal foot.  Most importantly, it is MUCH more functional. 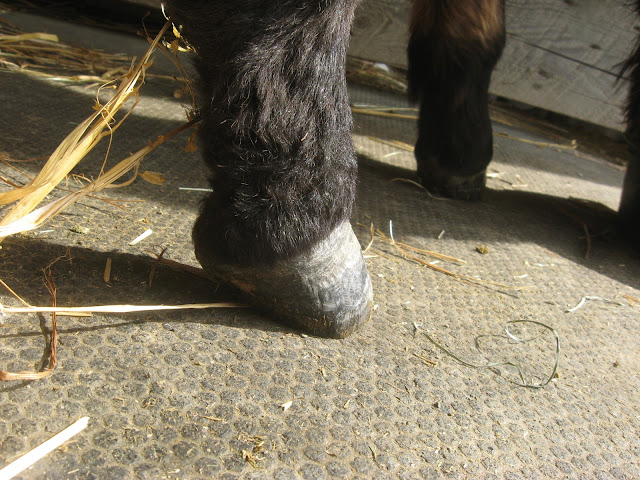 The "hole" in the bottom of his foot turned out to be more of a pocket filled with the remains of the solidified abscess.  I have been worried that there was solidified abscess material stuck in the foot and impeding normal growth.  However, the sole actually grew back underneath this and the farrier was able to trim it away. 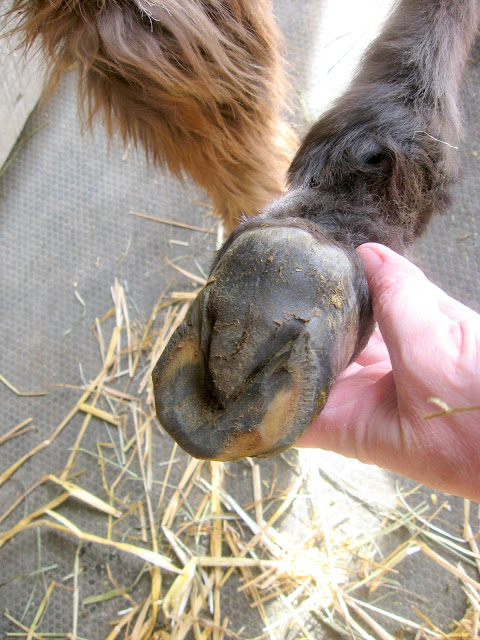 The farrier did about half of this trim and then needed x-rays in order to finish it. 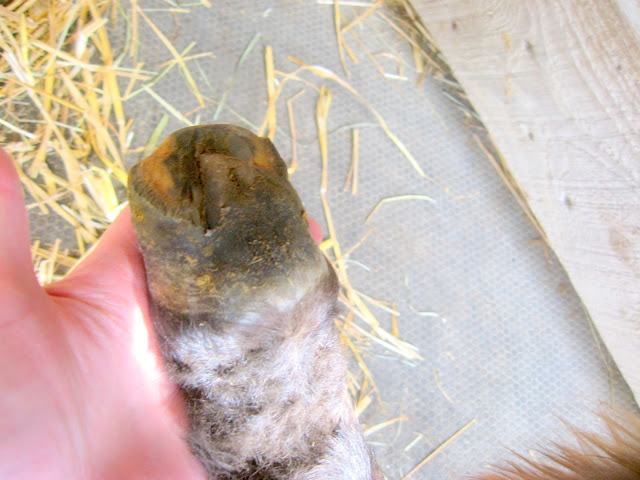 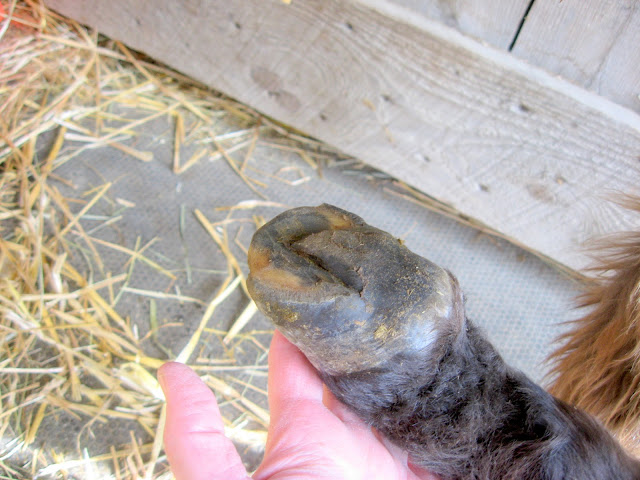 From the outside, you can see where there is a fair amount of hoof wall separation.  The farrier trimmed the dead, disconnected wall back to where there is healthy growth.  With time and proper trimming, this should grown in. 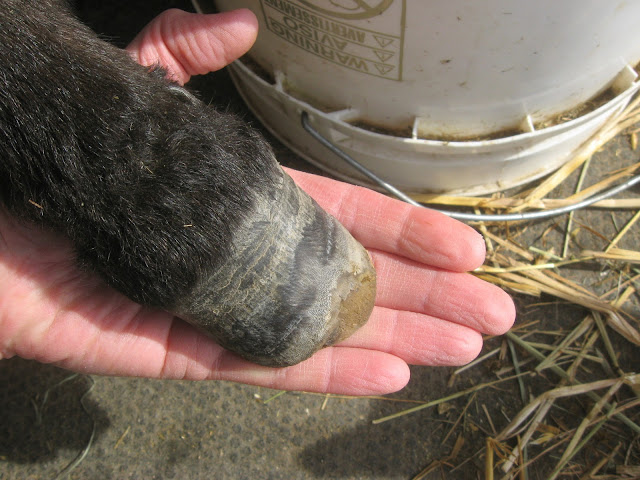 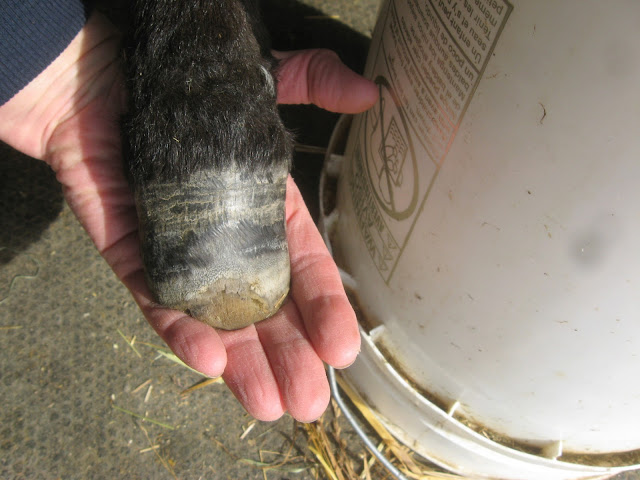 For comparison, this is the foot last week... 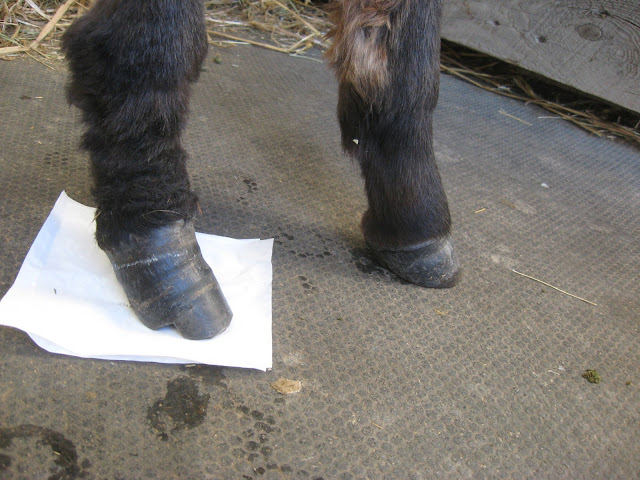 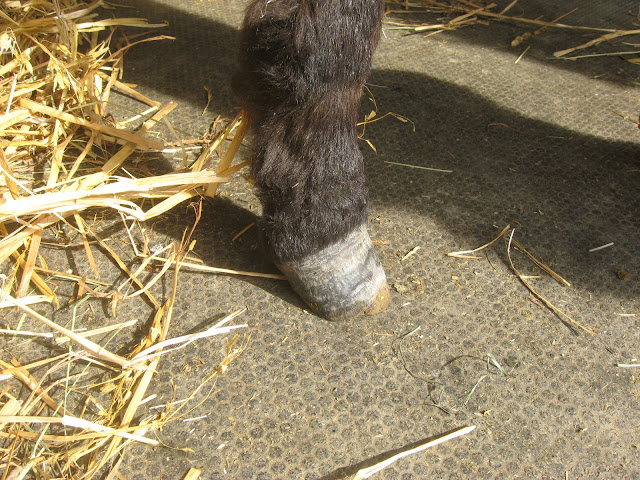 A full inch and a half shorter and and almost matching his good foot. 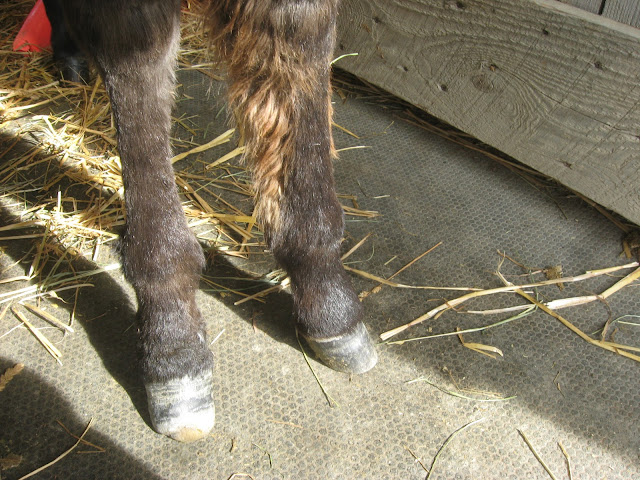 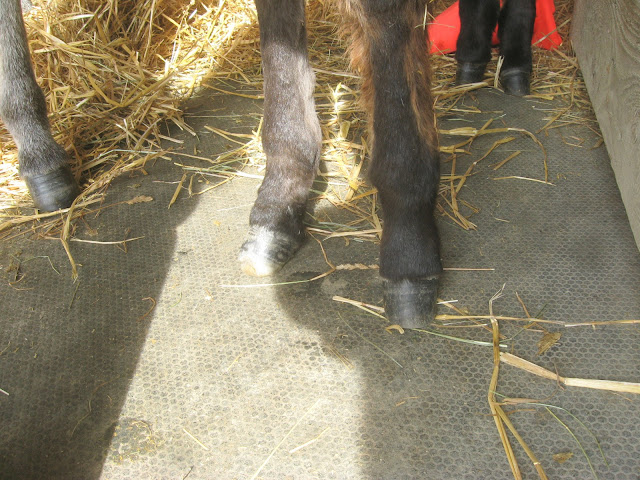 What Ramsey really needs now is to be able to move around freely and normally.  His gait is slightly off, but I do not think it is lameness.  Rather it is because his foot has been so abnormal and unbalanced for so long that normal movement was impossible.  Especially with the necessary, but very cumbersome, muck boot he has been wearing.  His muscles, tendons, ligaments and mind all have to remember how to function properly.

Posted by The Dancing Donkey at 10:12 PM