It feels like progress has slowed a bit with Ramsey's foot.  The hoof wall is still growing fast, but the sole has a long way to go yet.  I think there is still a lot of dead tissue that needs out grow out before we get healthier hoof.  The back of the hoof wall keeps curving in toward the frog more and more as well.  I don't know if that is caused by the internal damage to the foot or the constant bandaging.  Since it has not happened on the other side of the hoof, I suspect the former with the latter possibly being a contributing factor.  I will share these photos with the vet, see what he says. 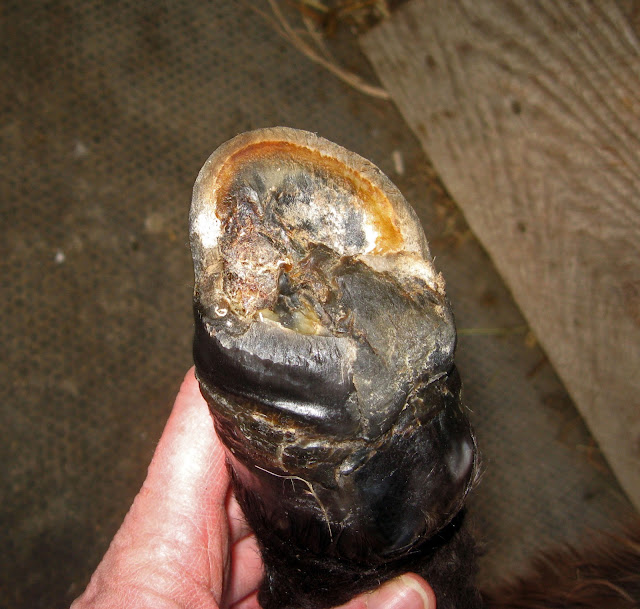 Right after I took these photos, I massaged some of my ointment into the foot and all of that scaly stuff on the side finally came off. 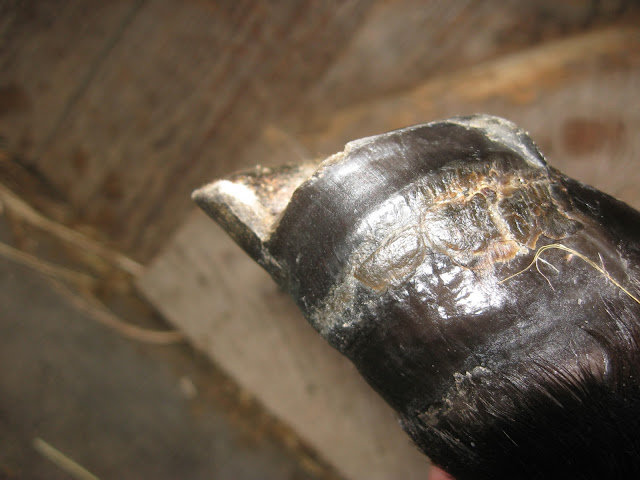 To me, it looks like the coronet band has become oddly stretched and elongated.  I have not ever seen anything like this before.  I really think it is the result of 3 months of constant bandaging and I have been trying to think of different ways to wrap the foot that would allow more air circulation, but I haven't come up with anything yet.  It has to be foolproof so I haven't dared experiment much. 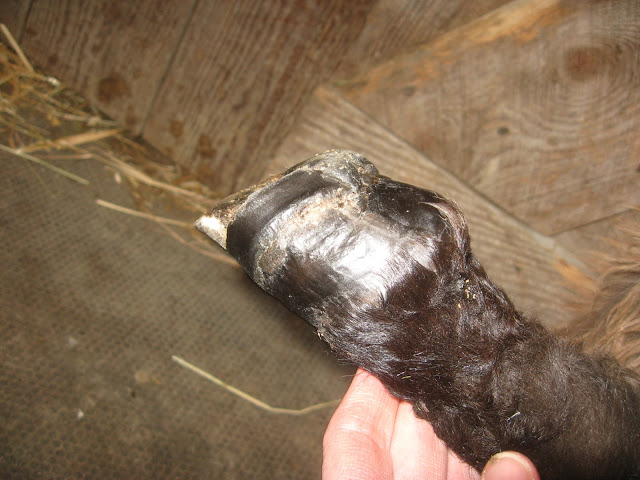 In spite of how odd everything looks, Ramsey seems very sound on the foot.  He moves easily and freely with no limp and no sign of pain so I am not terribly worried.  I have been trimming the foot just a little bit each week, hoping to maintain it in tiny steps rather than trim it all at once weeks from now.  I think we will see much healthier growth once he can go without a bandage. 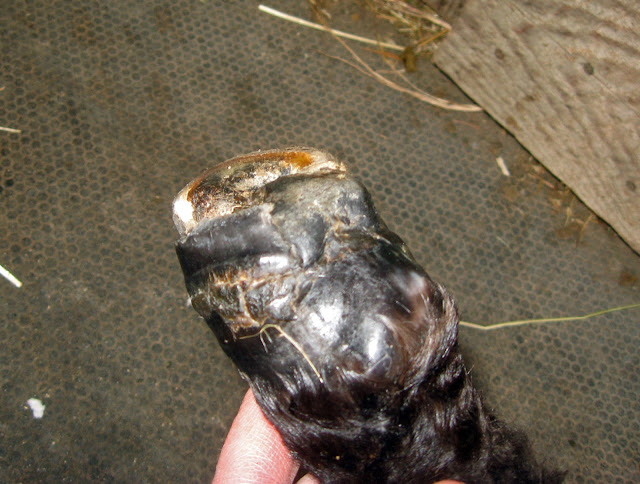 Speaking of bandages, I had been trying to stretch out the bandage changes to every 3-4 days, but I think I am going to have to go back to doing it every other day.  The back of his heels get so dry that the bandage rubs and chafes, making it sore.  I am still using my beeswax salve on it, which has really helped, but it needs to be reapplied more often.  I don't want him to get sore and I certainly don't want it to get infected again.  His heels were looking really good, but we seem to be losing ground so, back to every other day.  Not only is this time consuming, but between bandage materials and medicine, it costs about $10 every time I change it.  Oh well.  I have been trying to make the bandage lighter, but.... 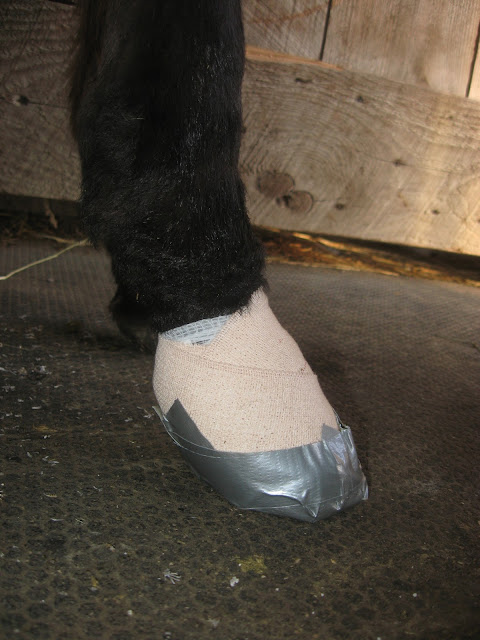 When I did this bandage change, I noticed that Ramsey now has a tiny white spot.  I don't think it is genetic though, it certainly wasn't there before.  It looks to me like a tiny scar, which often grow back in white.  It makes me wonder if this could have been the original injury that caused all of this.  I always assumed that it was a stone bruise that started everything, but it is possible that a puncture wound in the leg could have been the route in for bacteria.

Both of the donkeys love to scrounge and nibble in whatever brush they can find, Ramsey could easily have punctured his leg on a twig or thorn.  Given how tiny this spot is and how thick and dark Ramsey's fur is, I doubt I would ever have seen it.  The actual scar under that white fur is about the size of a sesame seed. 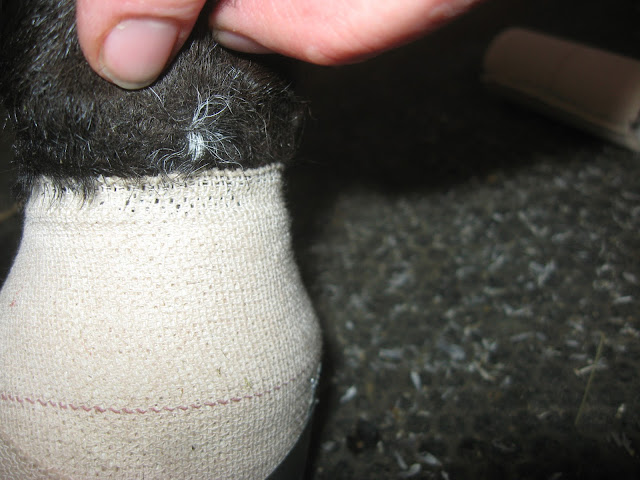 Ah well, now Ramsey can boast of a light point after all. 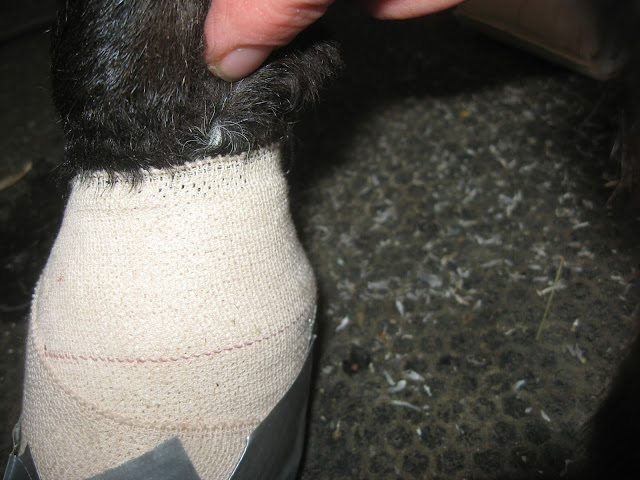 Posted by The Dancing Donkey at 11:28 PM