After yet another last minute rearrangement in transportation, Ramsey and I have once again made it to Cornell and back.  Ramsey was greeted with the, by now almost normal, fanfare, hugs, scratches, treats and kisses.  Along with many cell phone photos.

His foot was examined by a whole fleet of vets and students and he had a whole new set of x-rays, which show that his foot is healing very well.  I finally saw some of the x-rays and honestly, they were a bit scary looking.  I hadn't seen the films before and it was kind of a shock to see just how much of the coffin bone was removed.  It looks like something came along and took a great big bite out of it.  However, all signs of infection are gone and the bone appears stable.  The end result is that the farrier was able to trim off a great deal of the excess hoof.   I know these are terrible photos, I will try to get better ones tomorrow, but they do show how much better his foot looks. 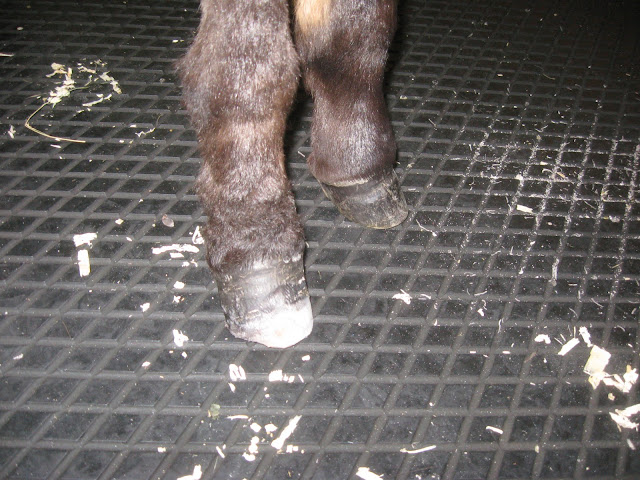 The good news is that Ramsey doesn't have to wear a bandage anymore as long as there is no mud.  Which means (God help me!), I am actually hoping for more snow.  Oh my GOD I can't believe I just wrote that! 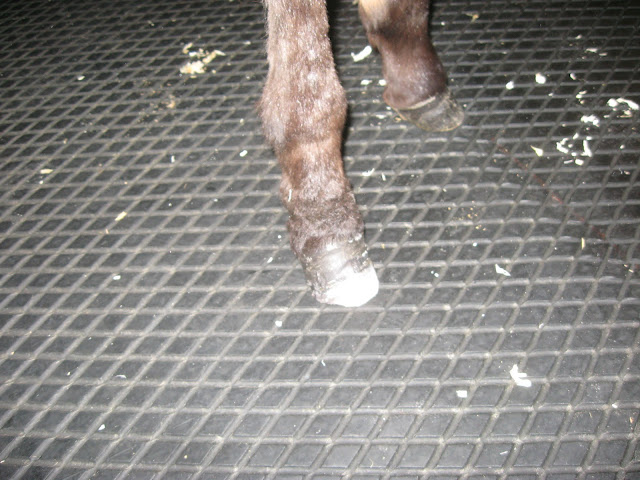 The not so good news is that the lateral side of Ramsey's hoof wall, where the bone was debrided, is never going to have good connection between the outer hoof wall and the inner laminae (remember that separation I pointed at in my last foot update?).  Because so much of the bone is gone, it is physically impossible.  What this means is that the hoof wall has to be kept trimmed very short in this area in order to minimize any leverage action, which would open the foot up to reinfection.  What that means is that his foot has to be carefully trimmed every three weeks for the rest of his life.  Good thing I've been practicing my farrier skills huh?. 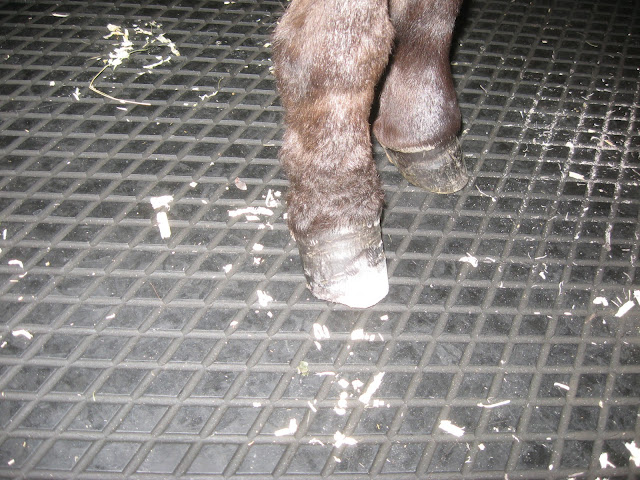 Posted by The Dancing Donkey at 12:39 AM