After seeing several snow fall maps, it appears that my lovely hill has the dubious honor of getting the most snow out of this storm.  In the least windy spot behind my house, it measured 38 inches this morning.  I spent all day battling the snow and digging out.

As I write this, the house is shaking in the wind and all of the work I did today is being obliterated. 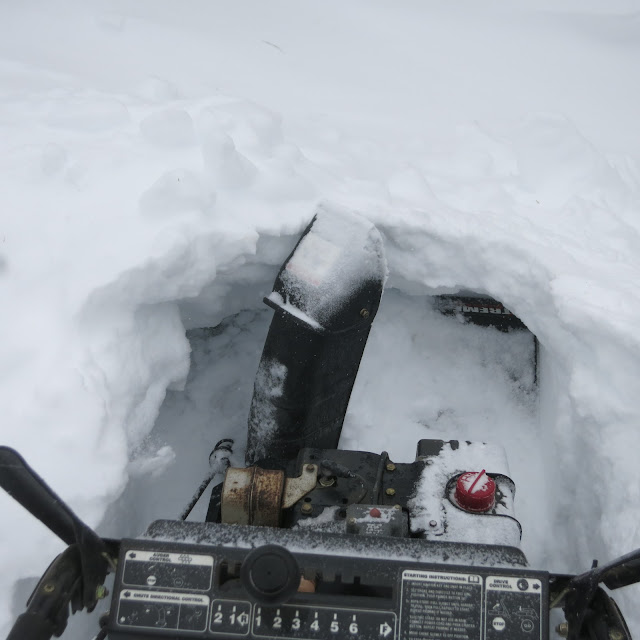 For a while at least, I did have some paths cleared and, late this afternoon, I let Tessa and the donkeys out for some driveway games. 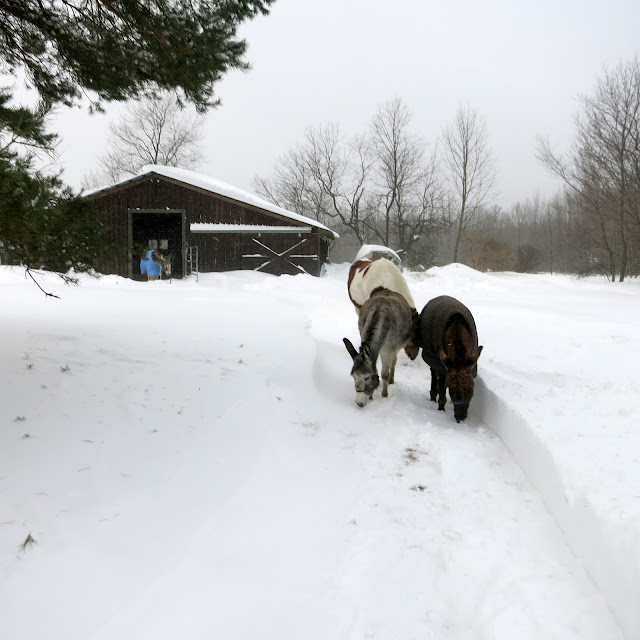 They have been cooped up in the barn for days now and the snow is drifted halfway up Tessa's belly.  They all flatly refuse to venture into it.  Ben did try, but he lost his footing and went down in it for a brief scrambling, flailing eternity.  That was the end of that. 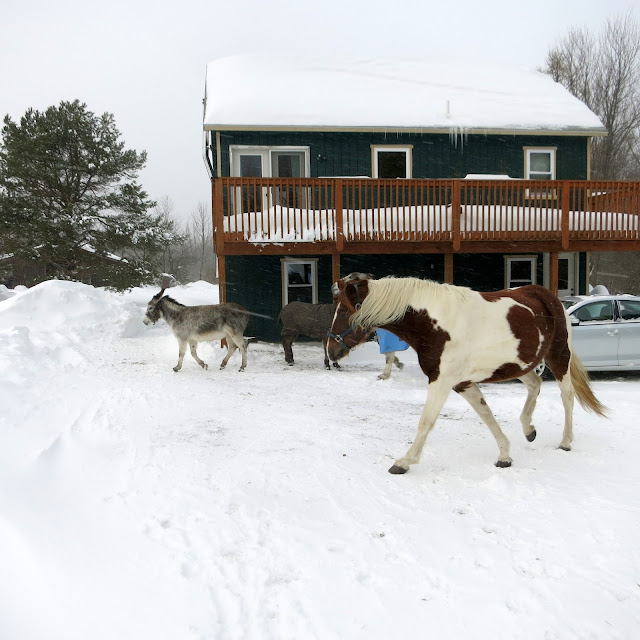 So, they got twenty minutes of cavorting on the driveway before the wind drove us all back. 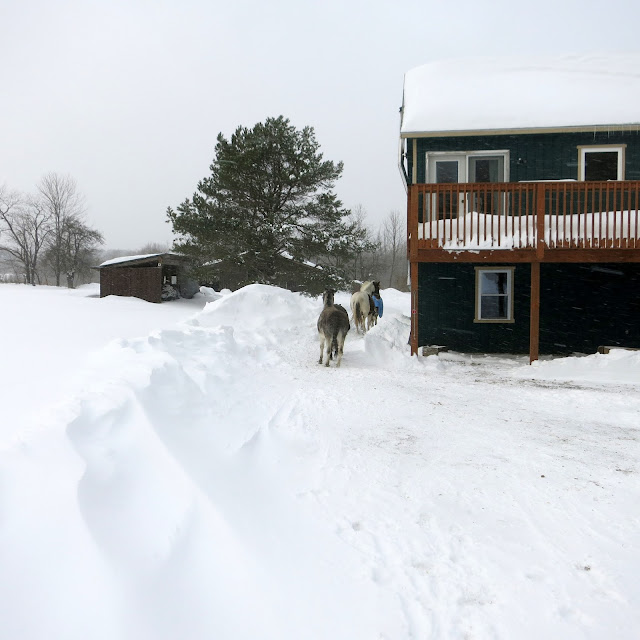 Ben was astonished by this and clearly thought he was getting away with something terribly naughty. 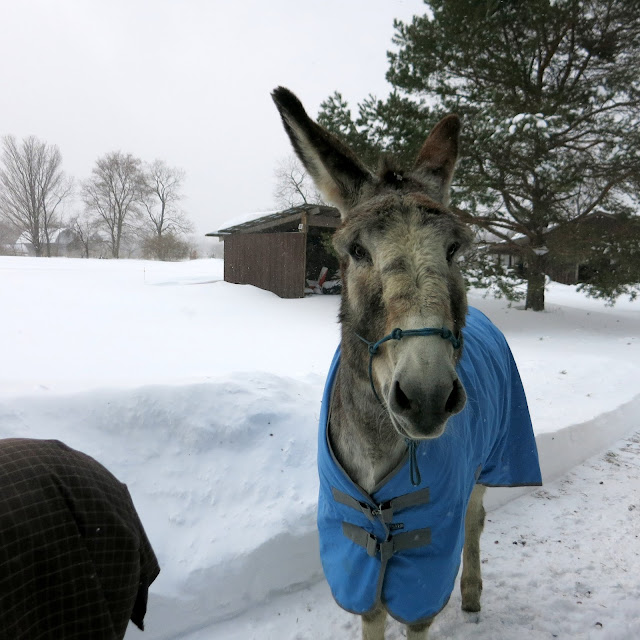 Ramsey just wants to know where we are going to move to so we don't have to deal with this any more. 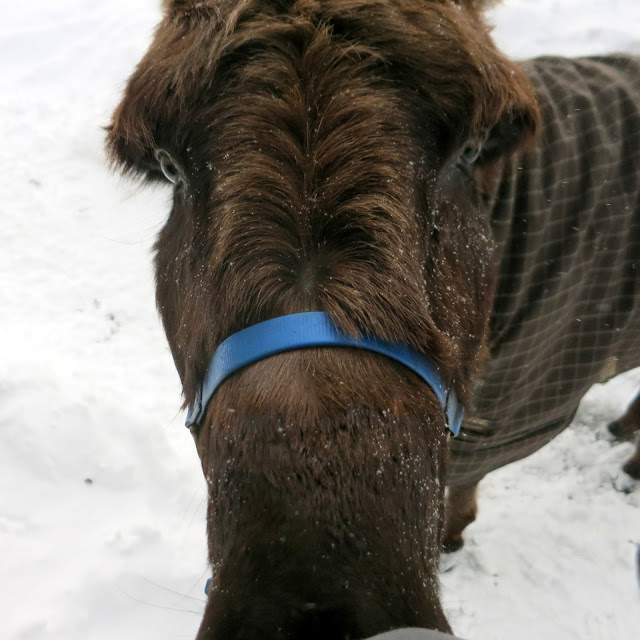