Why I Don't Build Snowmen

Someone, was it Terri, sorry I haven't had time to check, suggested I build a snowman for Ramsey.  I can see some possibilities there, he would probably have fun with it, so would Emma and Tessa.  I wonder how long it would last.  There is only one problem - I HATE snow.  Why? Let me give you a little example......

A nice little snowstorm came by last night and dumped another 14 inches on top of us.  Figuring that, hey at least it all fell overnight and I had the day to deal with it, I stoically trudged out to the barn to get the snow blower going hoping that I could get it done before the arctic blast barreling in on 40mph winds arrived in full force dropping the temps down into the negative numbers.  Again.  With that extra special wind chill thing going strong too.

There was only one little problem.  The engine on the snow blower was frozen solid.  Again.  Don't ask me why this happens, I've had the thing worked on half a dozen times, I store it in the barn and dry it off after every use, but the flipping engine freezes solid when I most need it.  The engine will NOT turn over at all in this state and trying to make it will only break it.  I tried starting it in extreme cold last year,  not realizing what had happened and succeeded only in breaking the electric starter forever.

This is how I find myself manhandling (I really need a new term here, I sure haven't seen any men handling anything around here after all) the snowblower, whose wheels won't move either, cause hey, it's frozen, onto my little kiddie sled and dragging it sideways into the house so the darling little prima Dona can warm up in front of the woodstove while I go out and shovel for 3 hours.  Even the pschyo border collie puppy thinks this is a crazy idea. 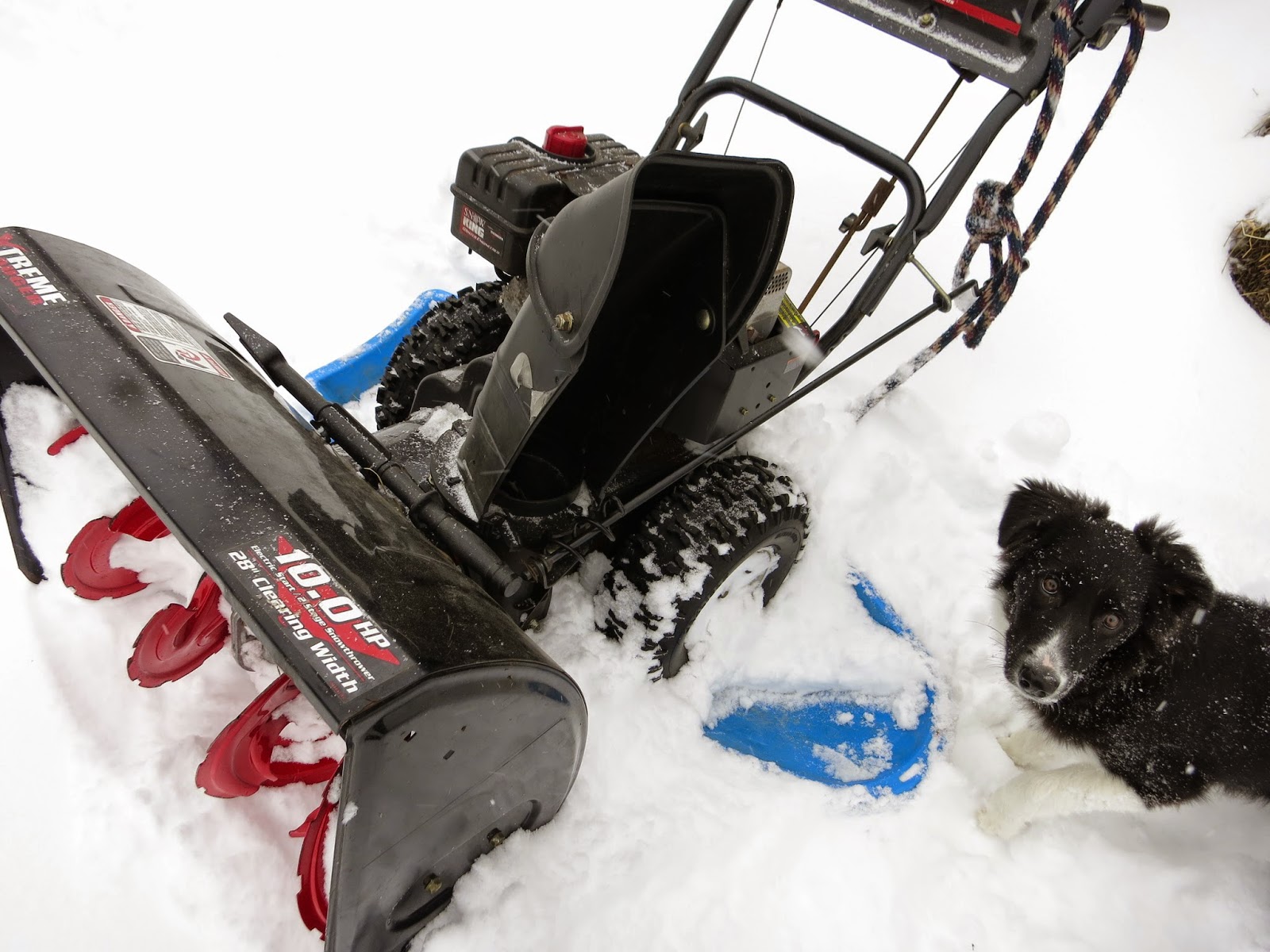 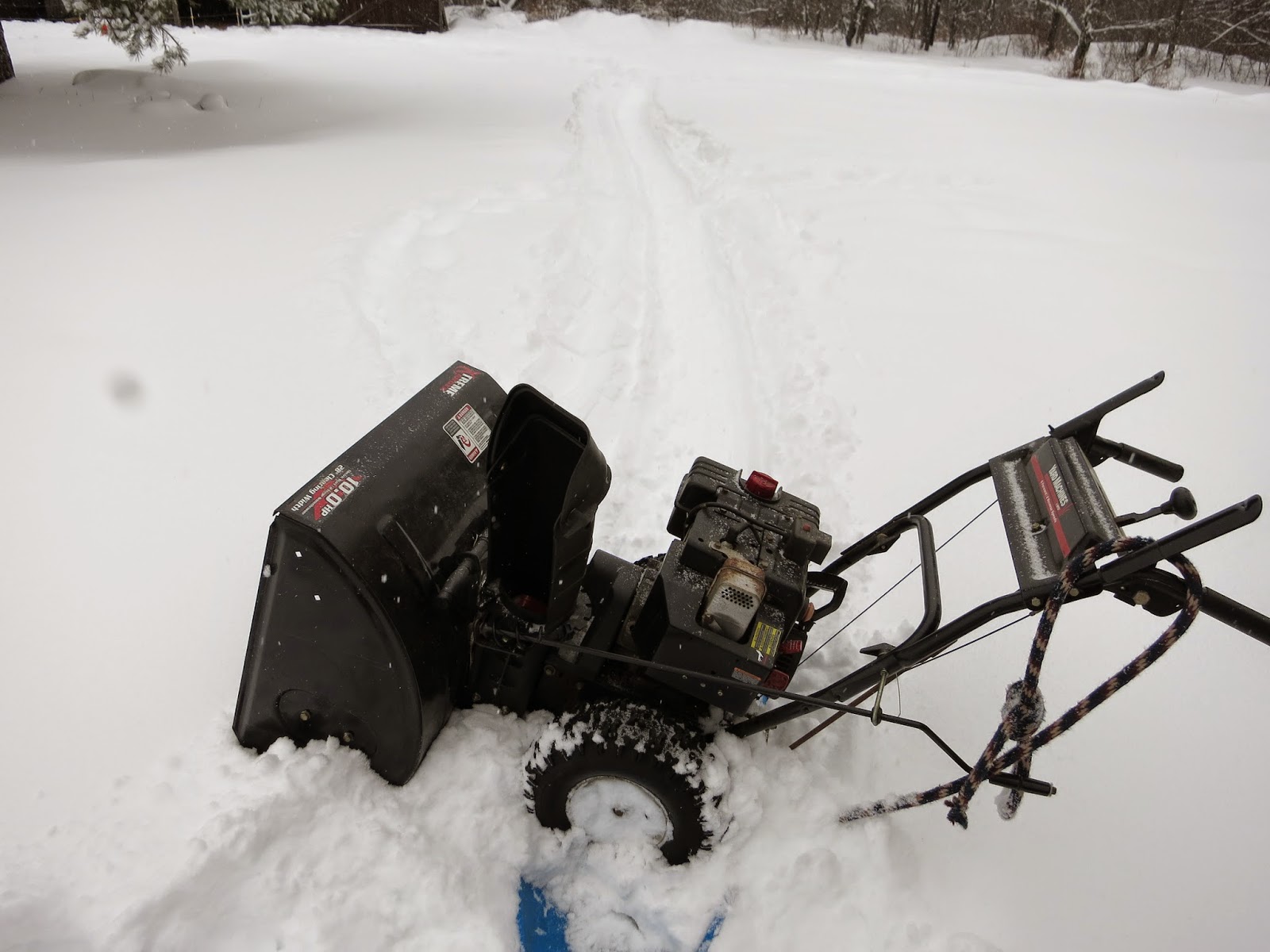 But, it works and the machine started just in time for those 40 mph winds to really get going.  Yay. 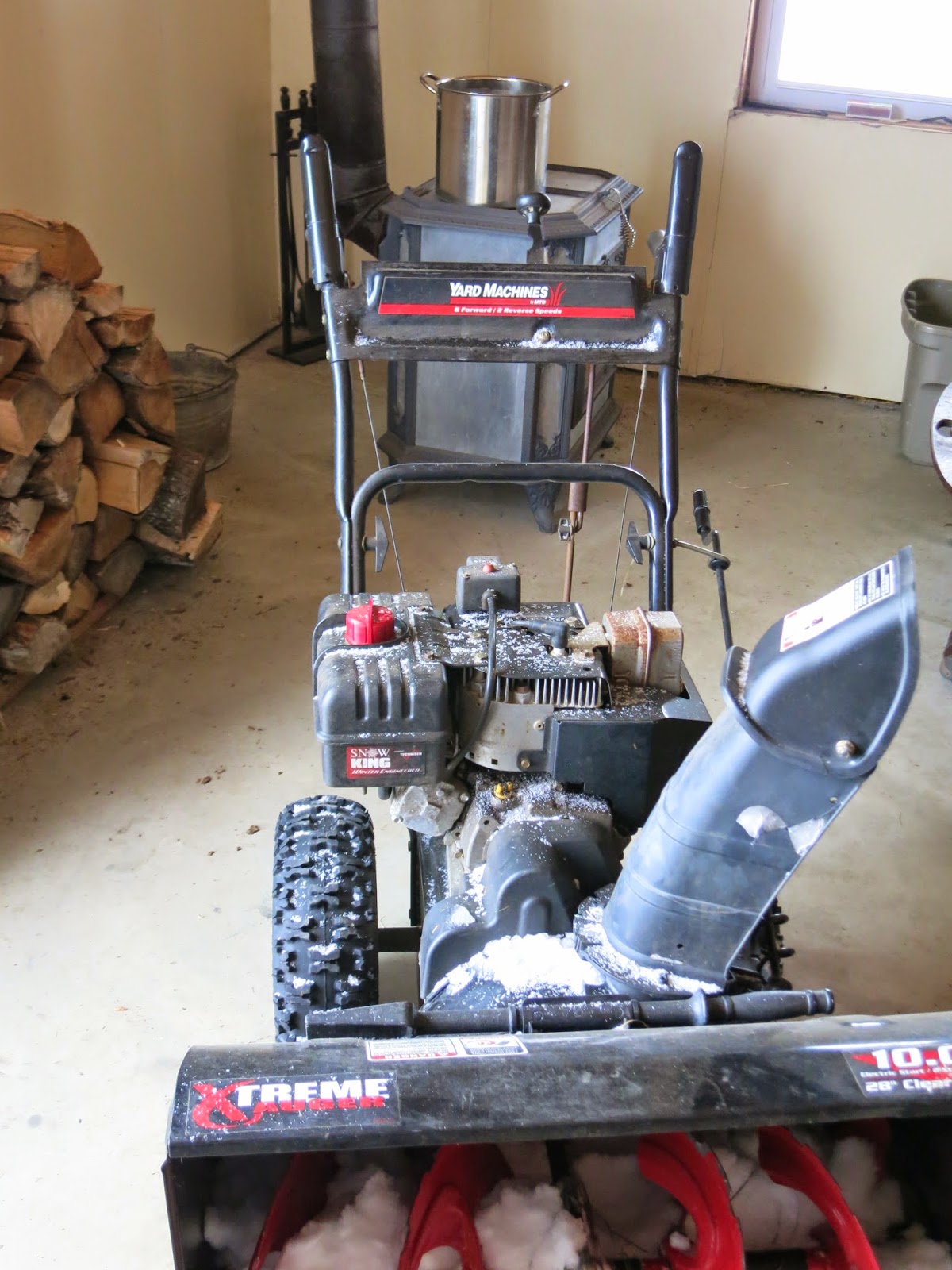 So anyway, I don't think I'm gonna make any snowmen.  They're too squishy to make good target practice after all.
Posted by The Dancing Donkey at 12:24 AM