Terri wanted to know if Connor has learned any tricks.  I haven't tried to teach him any tricks yet, I've been too busy trying to teach him not to make up too many of his own.  He is a devil child.  His vocabulary is growing though - he knows the difference between Jolly Ball, Frisbee and squeak toy.  Recently, he has learned some of the finer arts of Frisbee. 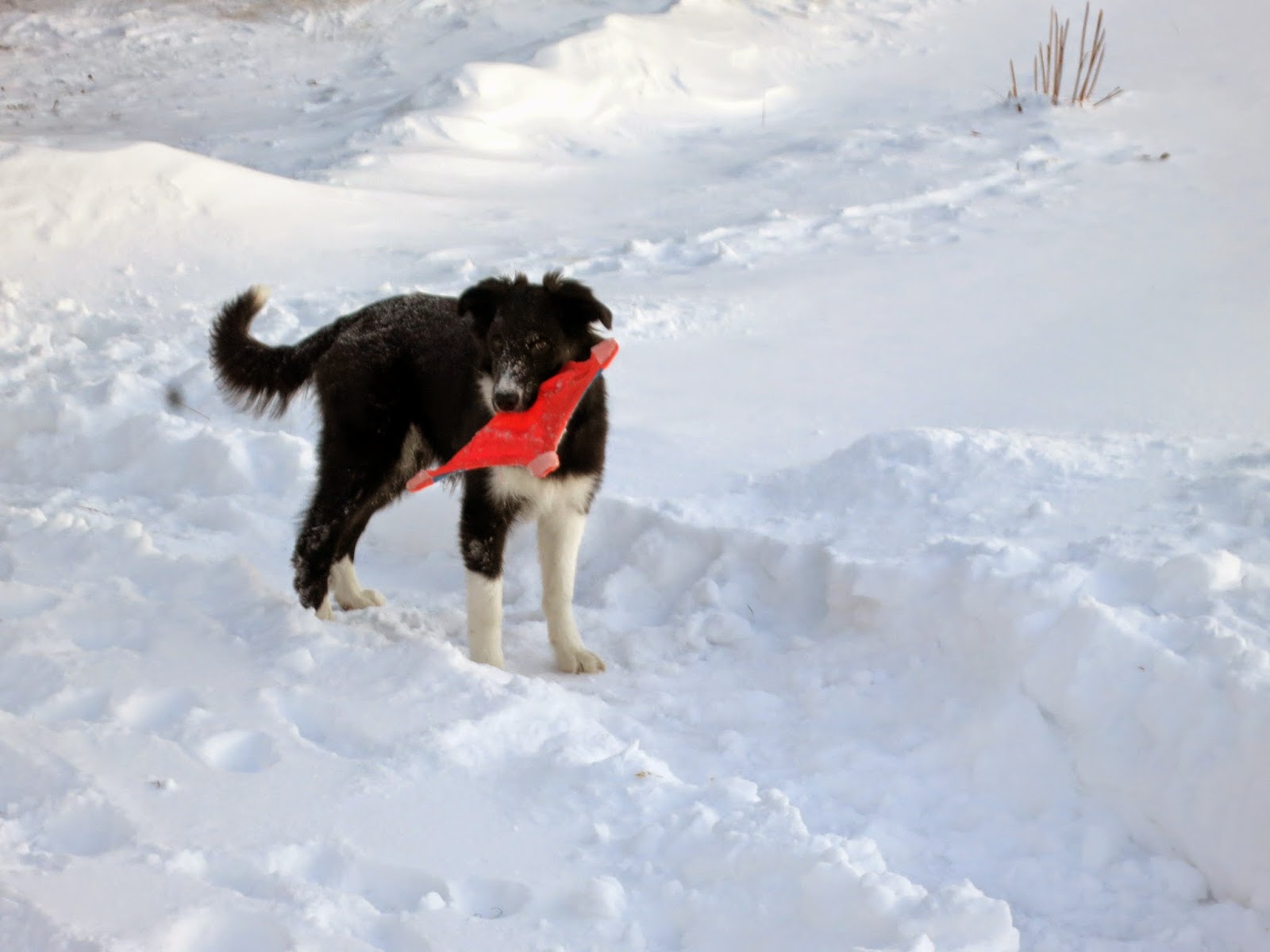 Connor is proving to be one of the more interesting dogs I have ever known, he has a very complex personality that is not easily explained or encapsulated, he is a study in contradictions.  Connor is extremely smart, very trainable, but not very biddable.  He is all about being involved with everything and loves being part of a pack.  At the same time, he is very independent and spends a lot of time doing his own thing, perfectly happy and busy in his own little world.  Praise and food are the best ways to motivate him because you have to convince him that he wants to do what is asked.  He is very eager to please himself, but needs a reason to bother with pleasing anyone else. If he decides he doesn't want to do something, there is no changing his mind about it. I tell Connor all the time that he is the boldest coward that I've ever met.  He is timid around anything new, but if he decides that it is safe, than it must be wholly safe and will rush in with all his being.  If he gets frightened, then it is not safe and there is no convincing him otherwise.  I very much don't want to frighten this puppy because it is very clear that he will never let it go if I do.  On the other hand, it can be very hard to get through to him without being pretty forceful about it.  Telling him "no" is like a red flag to a bull.  And yet, he responds best to subtle, non-verbal cues.  For example, when trying to teach him not to jump on me and everyone else, a stern "no" is useless, a hand in front of his face is taken as in invitation to play bite-the-hand while jumping on you.  However, a hard, silent stare will back him off every time. 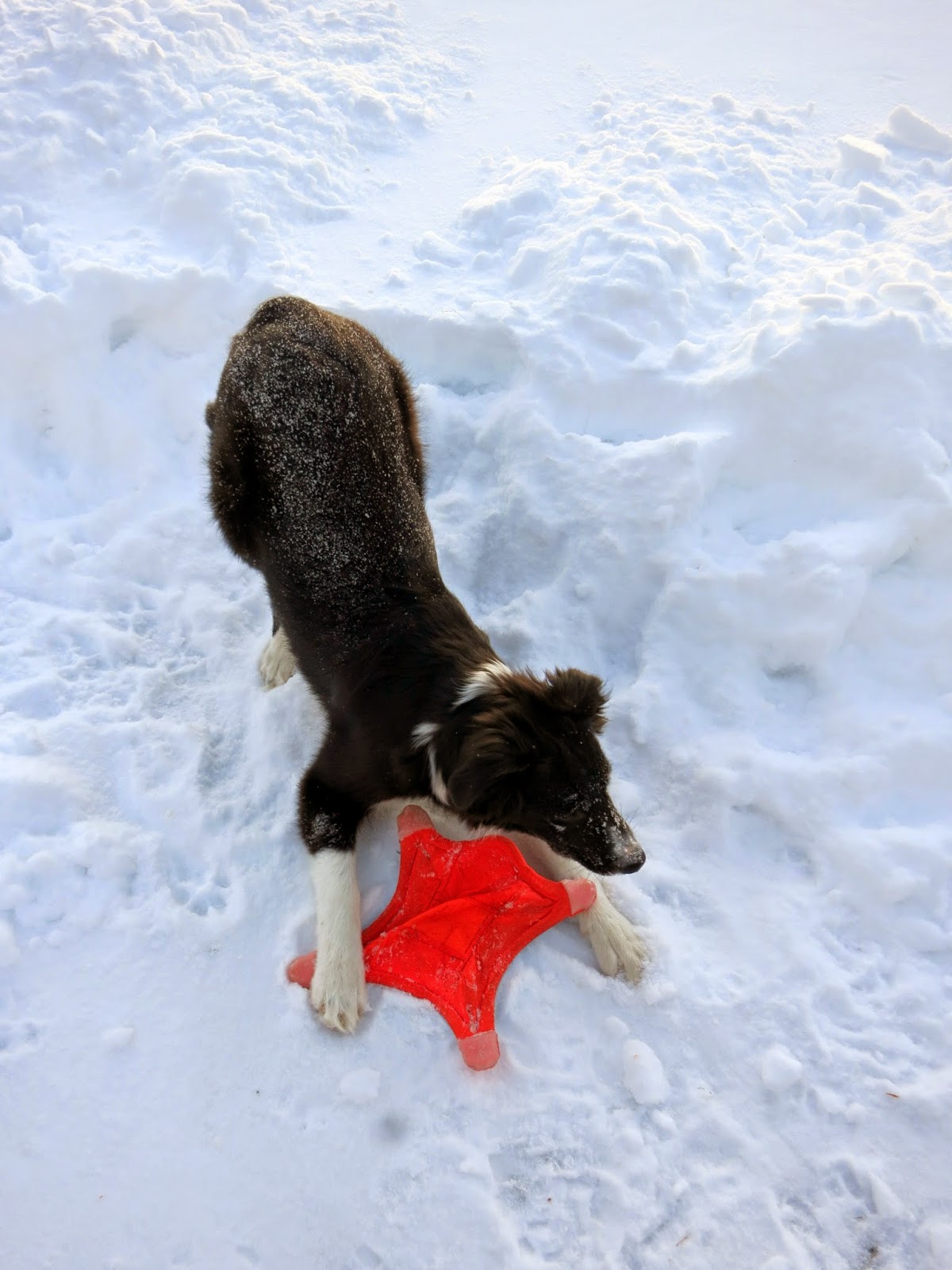 After much work, Connor will lie quietly next to me as long as I don't touch him.  The only time I can get away with it, is when he is really, truly sleepy and then he loves a good belly rub - just as long as it doesn't go on so long that it wakes him, and the shark teeth, up.   At night, he snuggles in behind my knees and sleeps like the dead - he is a great sleeping companion.  He is also a perfect car dog - he sits in the co-pilots seat and goes instantly to sleep or watches quietly out the window.  I can reach over and rub his ears, stroke his fur and he is quiet and happy.  However, if you focus your attention on him in any other situation, he wiggles, squirms and bites, bites, bites.  Giving him a hug is is like trying to cuddle with a baby shark.  He is the absolute mouthiest puppy I've ever encountered, and I have worked with a lot of puppies.  If you try to sit with him, pet him, engage with him hands-on at all, you WILL get chewed on. 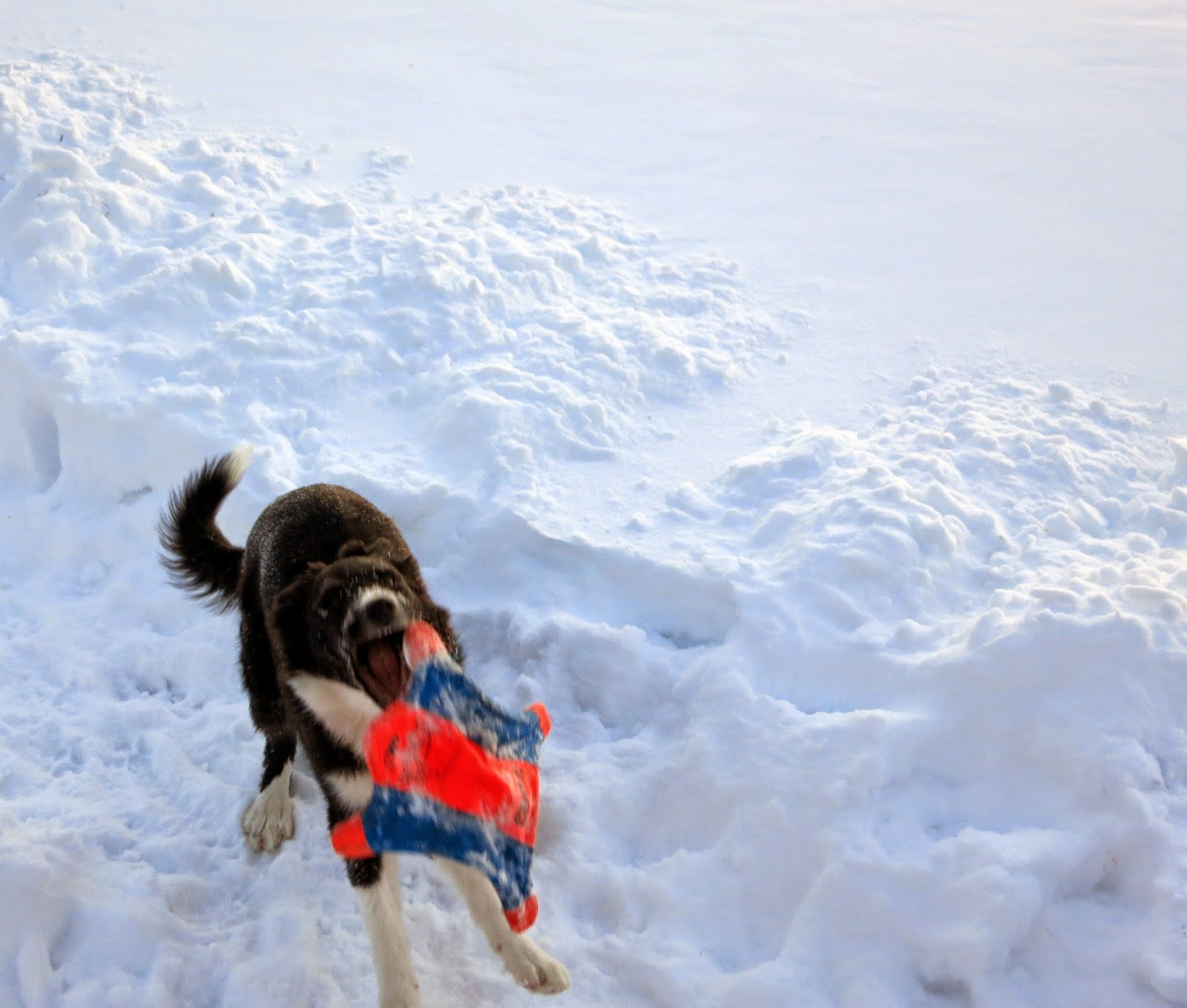 At this point, we all just hope that he will grow out of the squirming, wriggling, mouthiness because nothing either FB or I has tried has had any real impact on it.  We've scolded him, ignored him, growled at him, bit him back, rewarded quiet...None of it works.  If you touch him, he just can't not touch back.  There is no meanness or aggression in it.  He is not trying to dominate, he does not guard resources or ever go on the offensive.  It is all just playful puppy nonsense taken to the nth degree because he becomes seriously overstimulated by even the smallest amount of attention. Connor has no real off switch and engaging with him at all gets him wound up, even if he is exhausted.  This is a puppy who has to have a quiet place to retreat to.  Here at home, he will take himself off to bed and go to sleep.  It needs to be dark, quiet and away from all activity or he just won't stop.  Over at FB's, he retreats to his crate and it is not until the door is closed behind him, locking out the cats and other dogs, that he can rest.  This is not a dog who will ever snuggle on the couch with you. When he is sleeping so adorably on his chair, it is only because I am sitting quietly next to him, pretending that he does not exist. 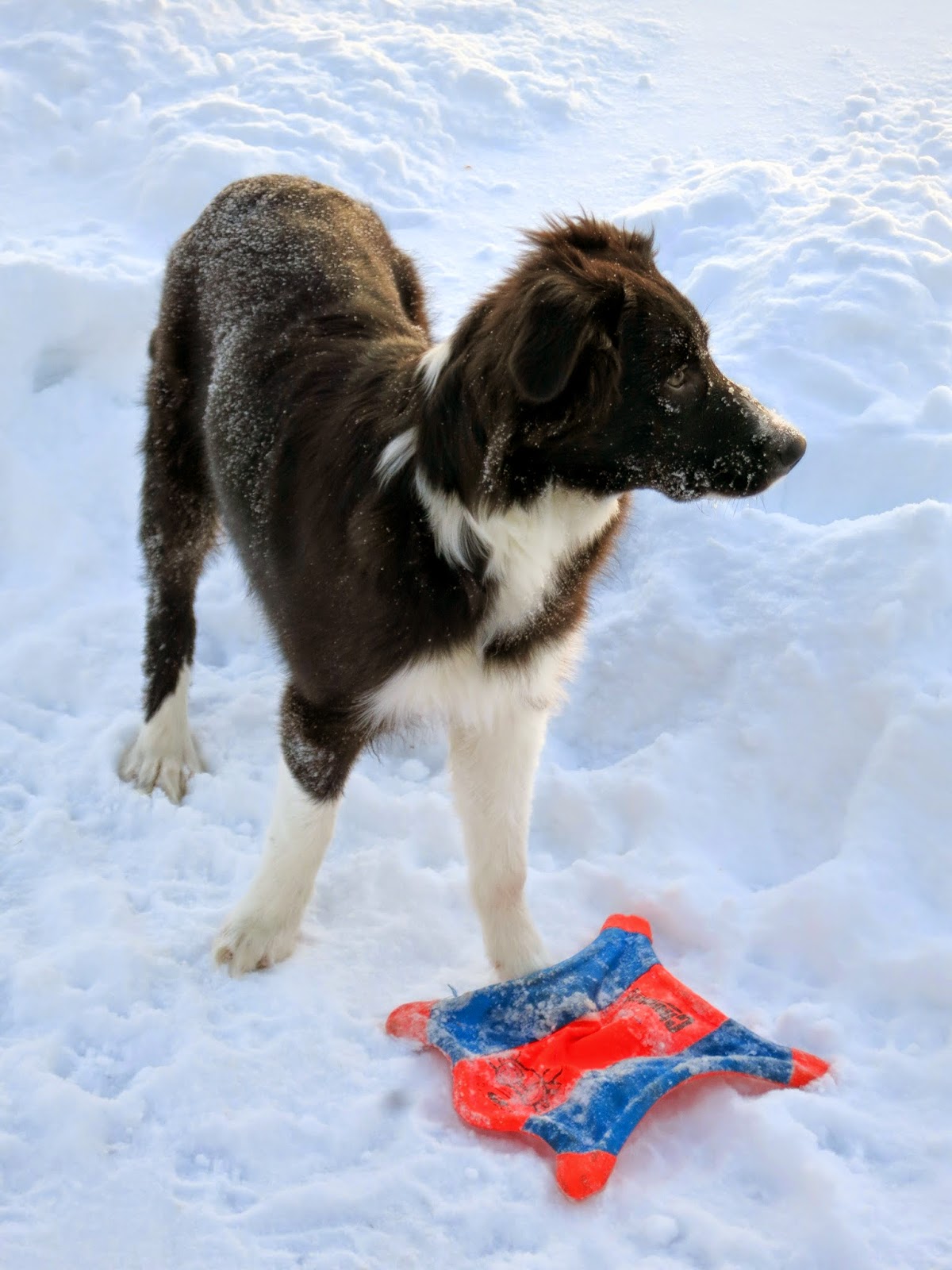 While he is an awful, squirmy, bitey shark if you try to hug or pet him, he is a real joy to be with outside.  He is alert, always at my side or sitting quietly, watching over me.  He is always ready to go and as soon as he has some activity to engage in, all that crazy mouthiness tones down into something that can be focused and directed.  If you give him something to be responsible for, that powerful, overactive brain calms down and turns into a very useful super-computer. 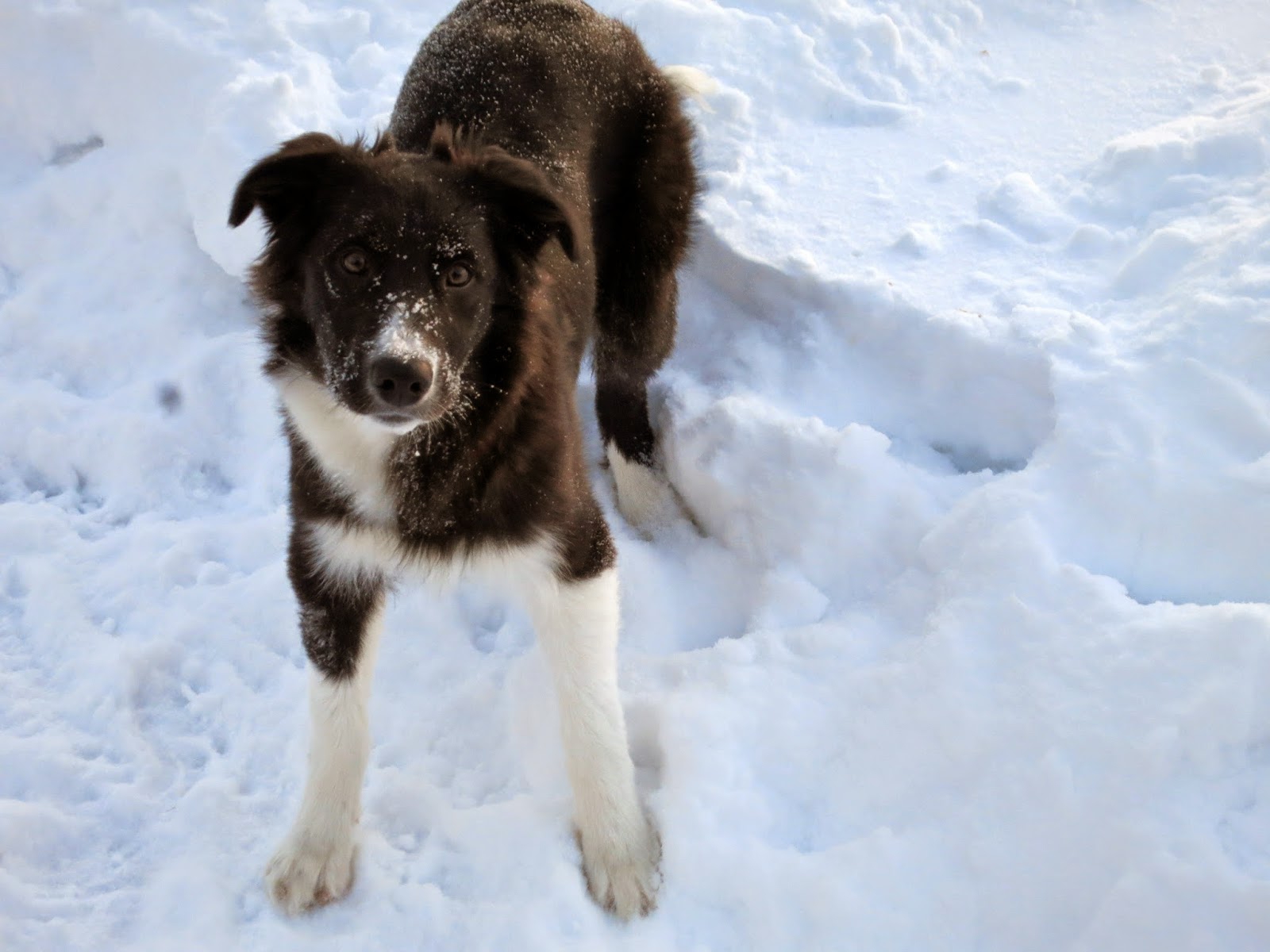 He is an outstanding hiking dog.  He never wanders, comes when called and has learned that most essential rule of a good hiking dog - that he is responsible for keeping track of me, I am not responsible for chasing after him.  Accompanying me in the woods is his job, and we all know how seriously Border Collies take their jobs. 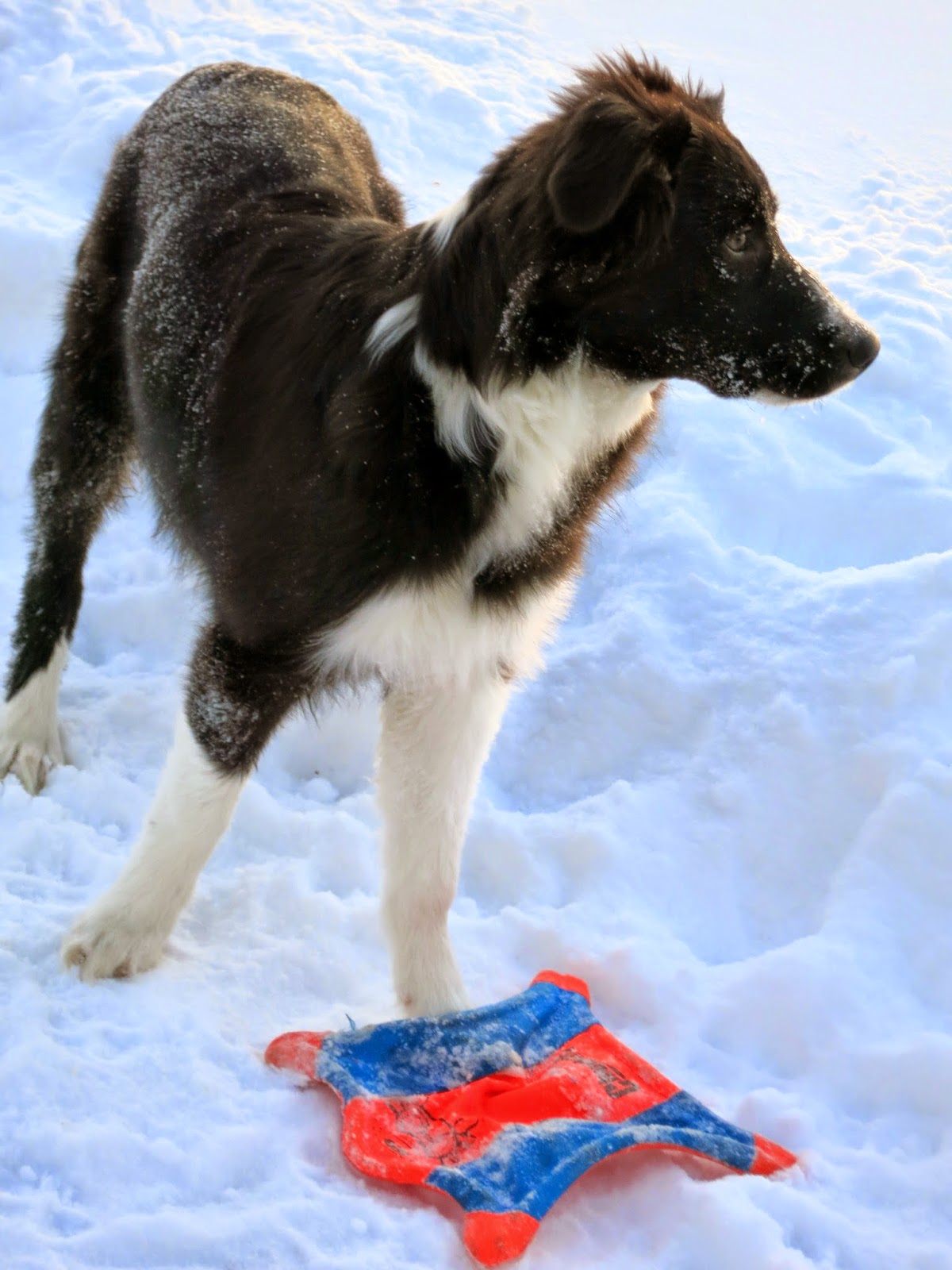 Connor's personality is about as different from Tanner's as it is possible to get, which is a good thing.  I really wasn't sure I wanted another Border Collie and sometimes, I question my sanity in caving in and getting this little monster. 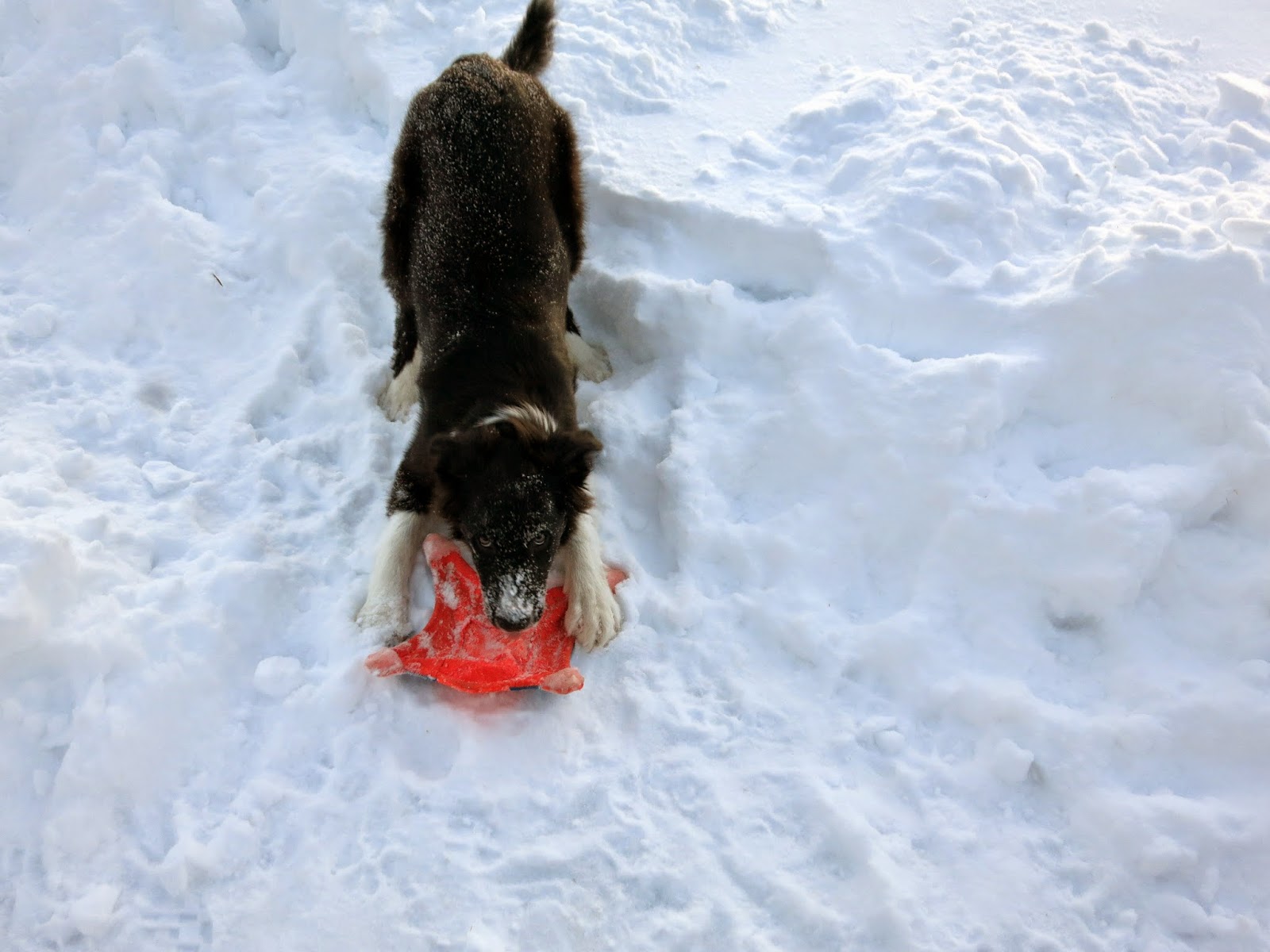 For all his quirks and complexities though, he is a lot of fun and I am glad to have him. Although, he is a perfect example of why Border Collie puppies are not for everyone.  Make sure that this kind of craziness is something that you really want and are prepared for before bringing one of these creatures into your life. Connor is not an easy puppy, but I like to think he may grow into remarkable dog. 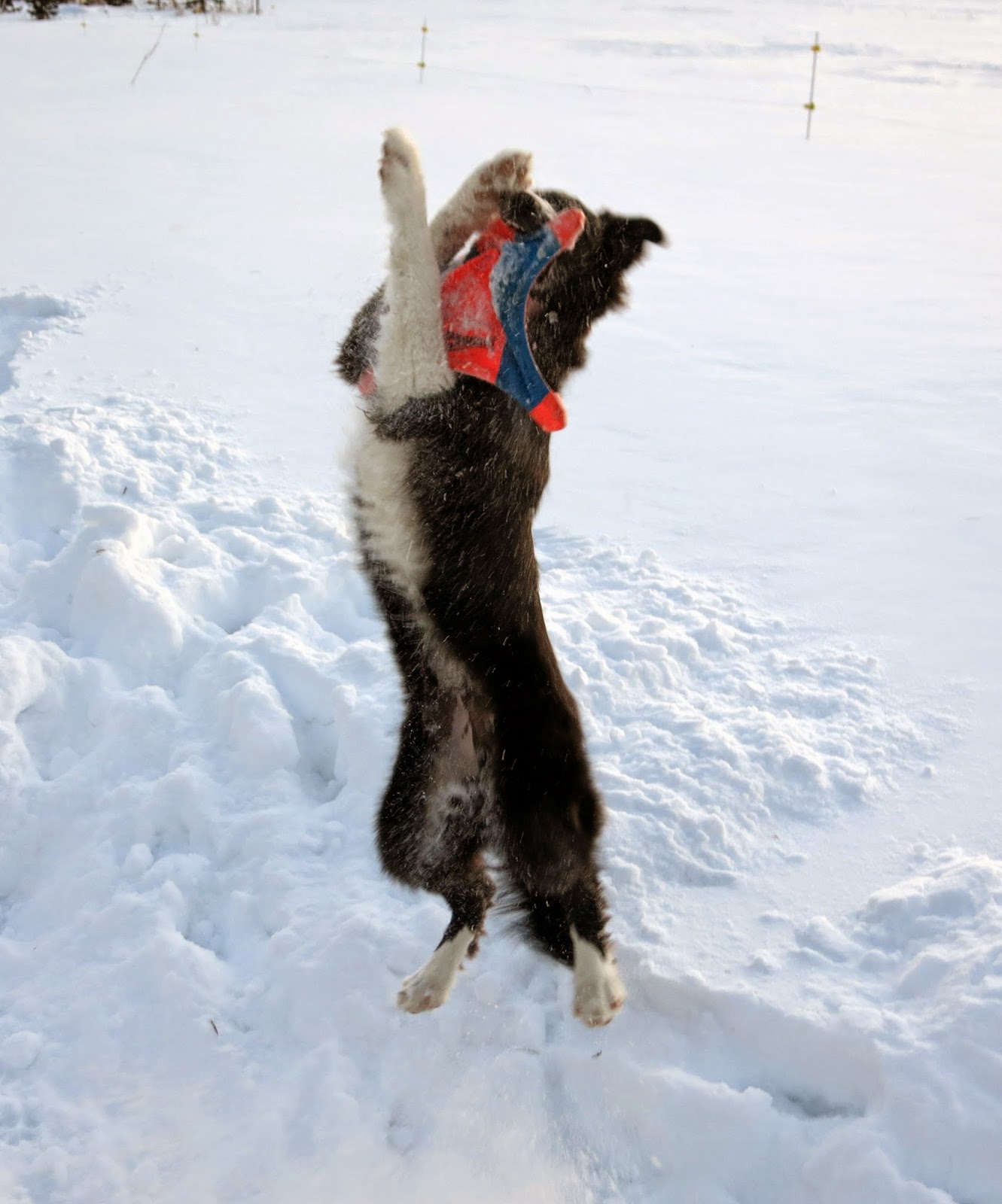 I hope so, he sure has some awfully big paw-prints to fill after all. Posted by The Dancing Donkey at 2:12 AM