The poor equines haven't been out of the barn in days.  It's been so cold with extremely high wind, there just isn't anywhere for them to go.  This afternoon, it "warmed up" to -5, but the wind finally died down and the sun came out.  I went out on my snowshoes and tried to break a trail for them out into the woods.  Even with snowshoes, I sank to my thighs.  I've never seen snow that is so hard to get around in.  Everybody ventured out onto the path I'd made even though it was hard going.... 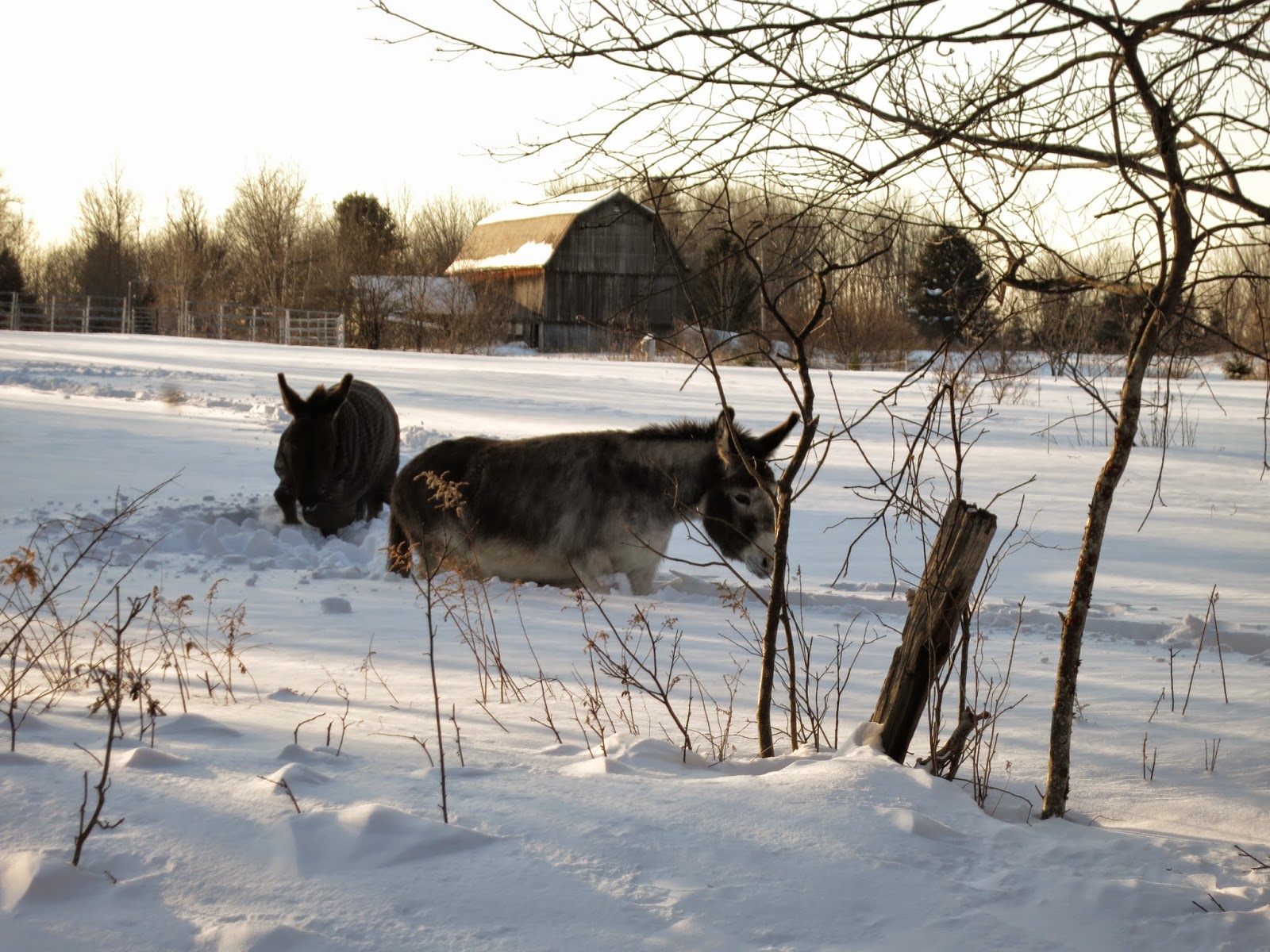 The path followed the packed trail they had made earlier and it was still belly deep. 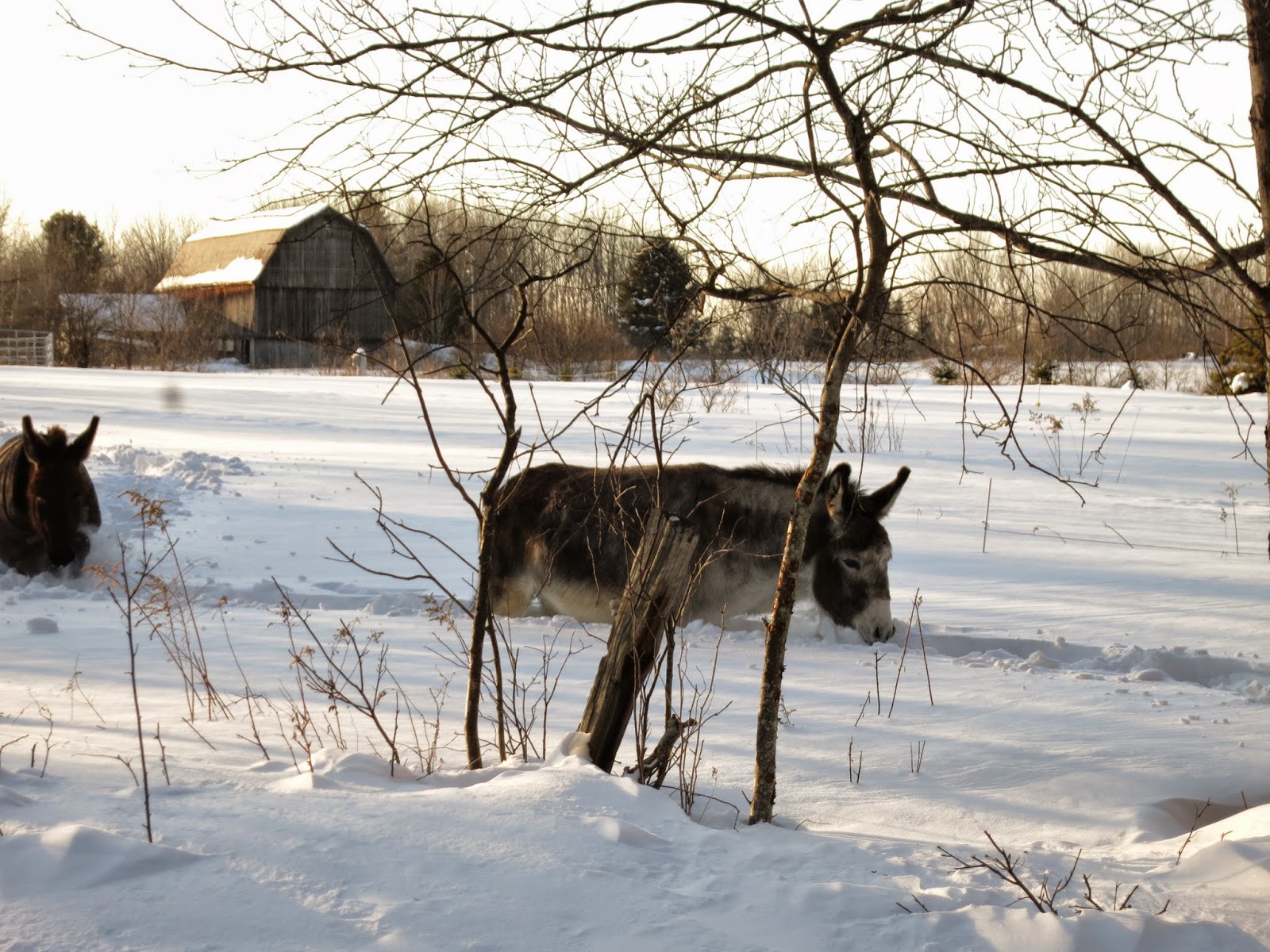 I convinced Tessa do some trail breaking though she wasn't too keen on it. 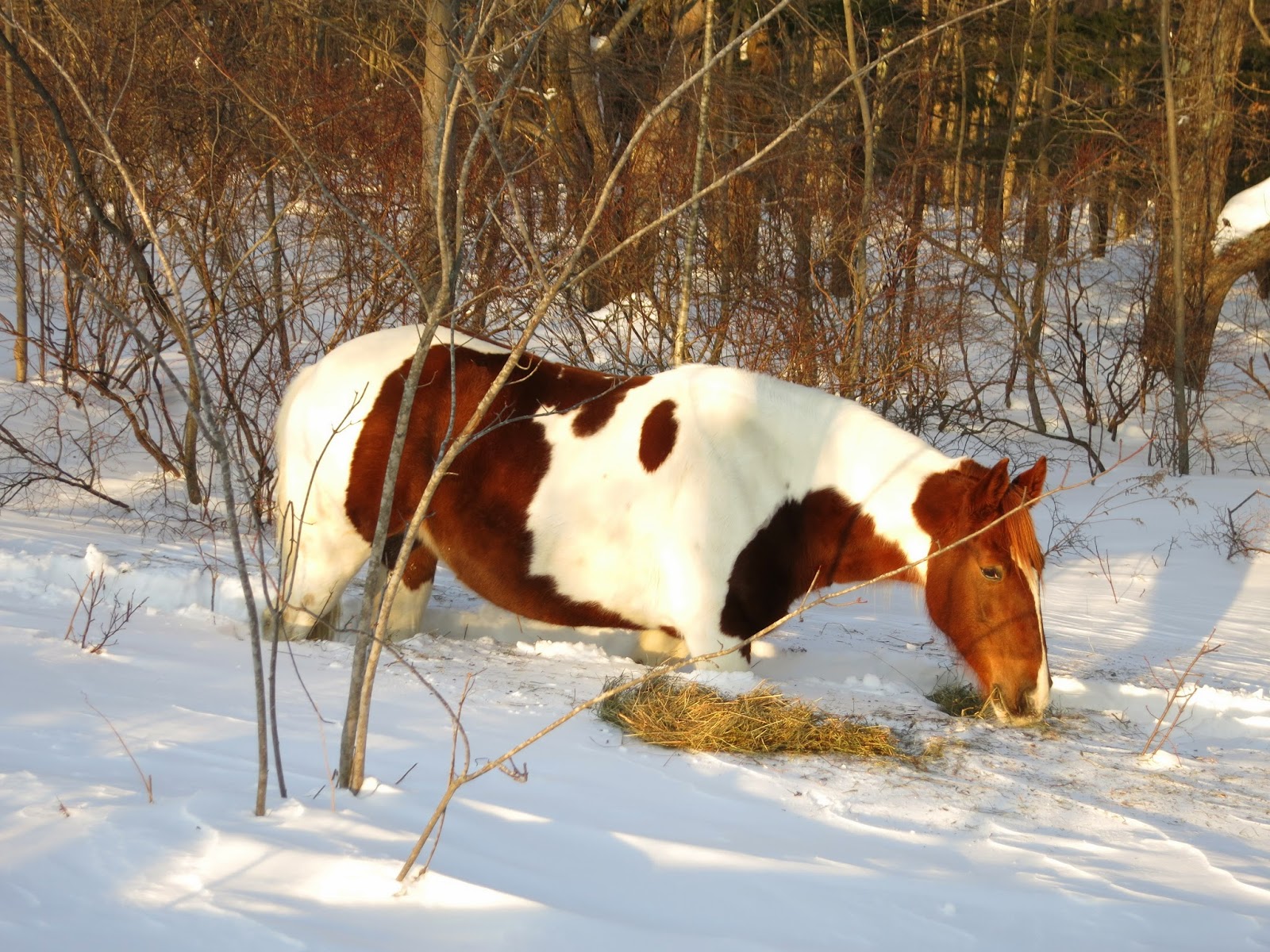 Emma took a step off the path and ended up in snow as tall as her.  She had a terrible time getting back onto the trail and I got really scared that she and Ramsey could absolutely get stuck out there.  We all gave up and headed back in.  I actually find myself wishing I had a snowmobile so I could make some good trails for all of us.  We are all feeling hemmed in. 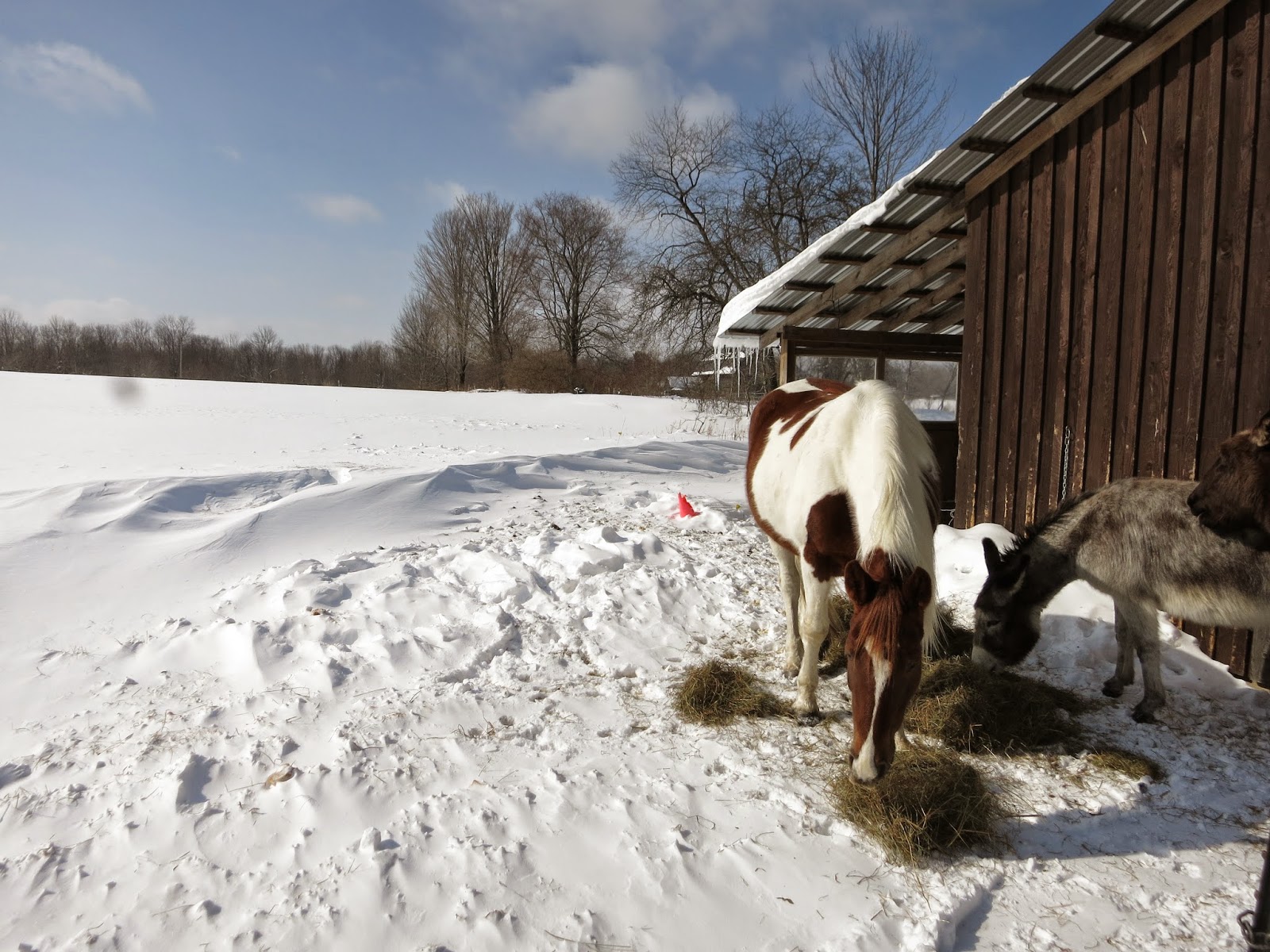 It's one of the reasons I work so hard to keep the paths and the driveway snowblowed (which I have had to do every day this week), it's the only place Connor can run around and I hate the feeling of being trapped in.  Deep snow is really hard on dogs and very bad for their joints.  Not that that stops a five month old puppy. 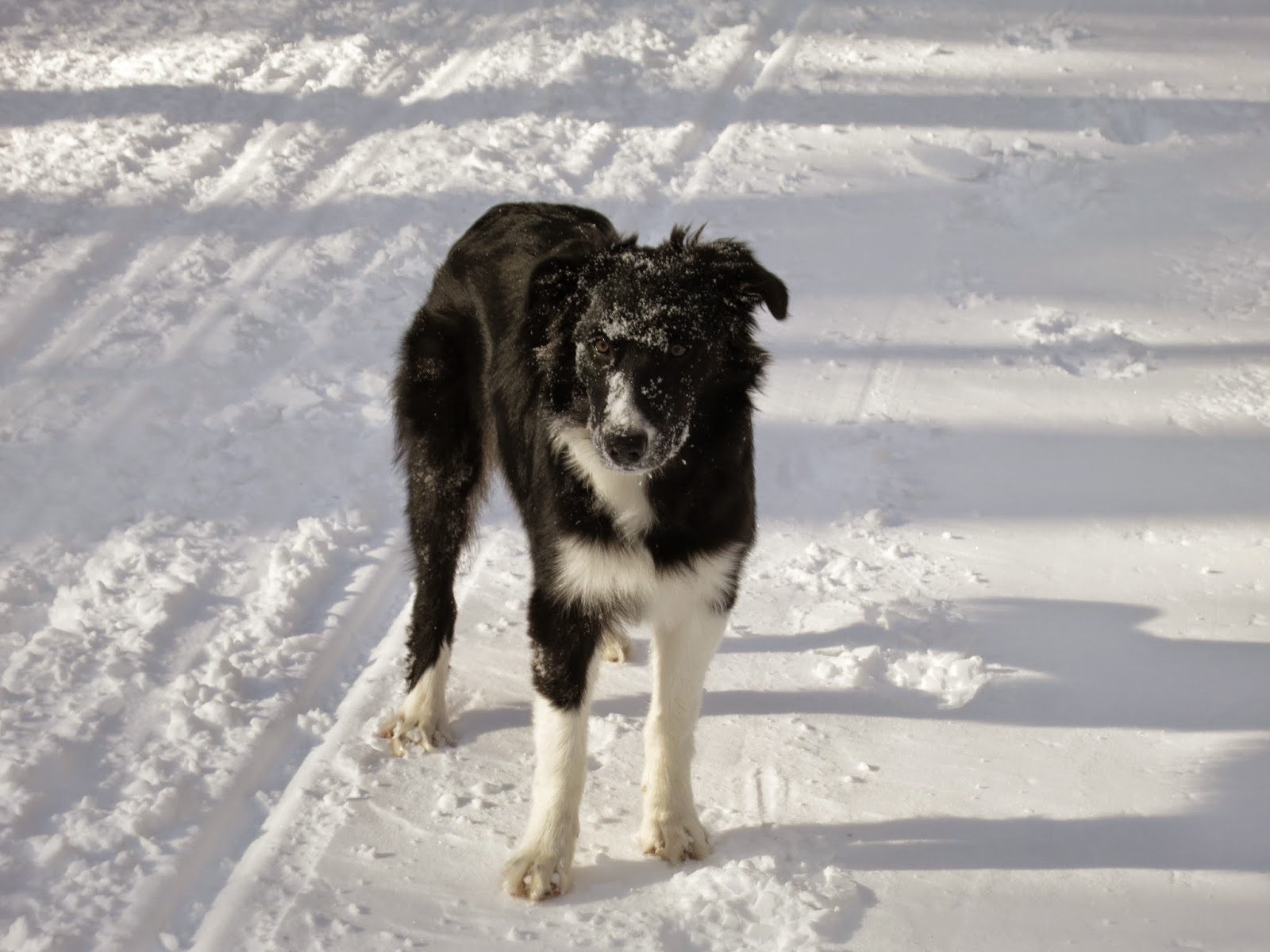 At least someone thinks giant snowbanks are fun. 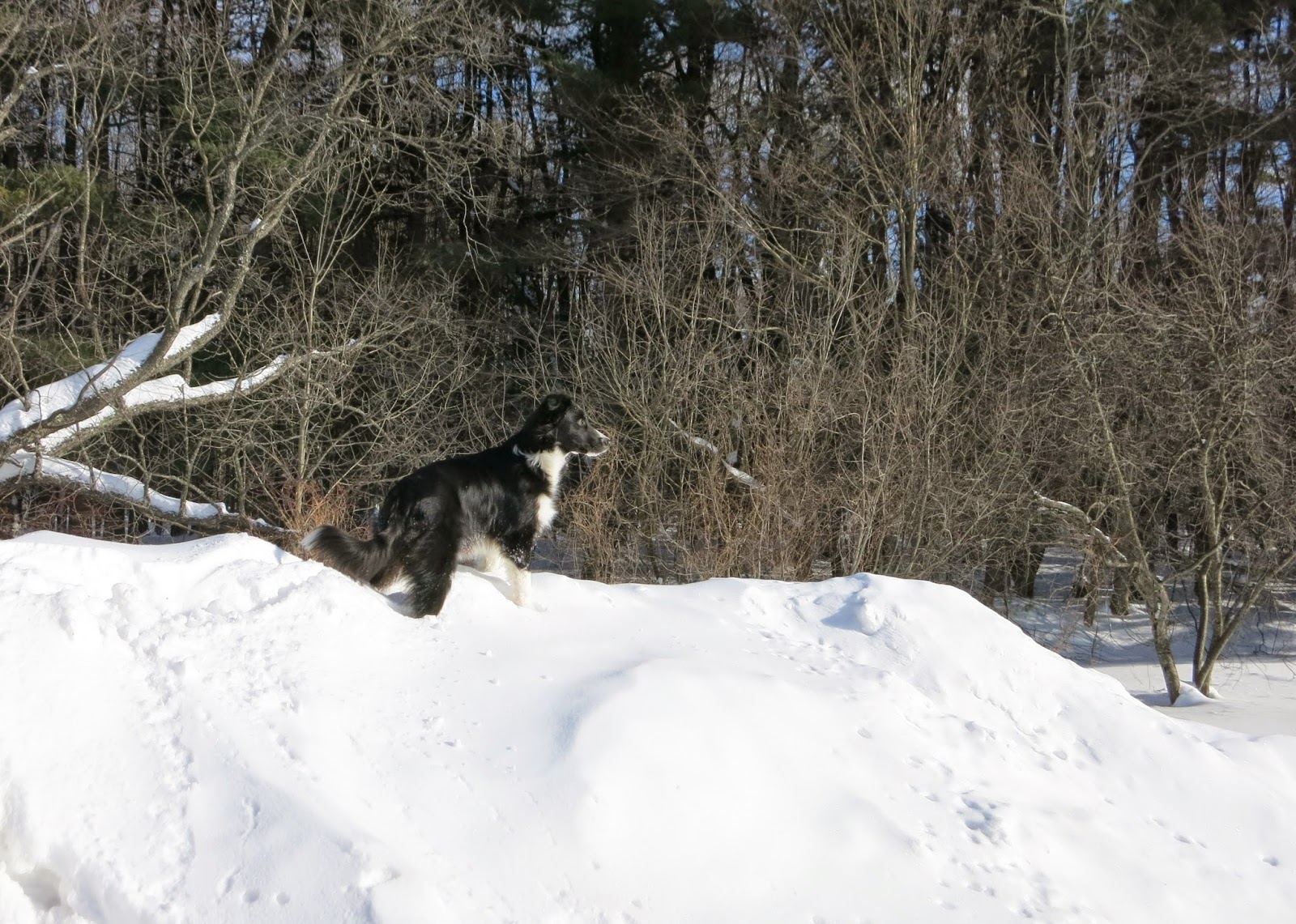 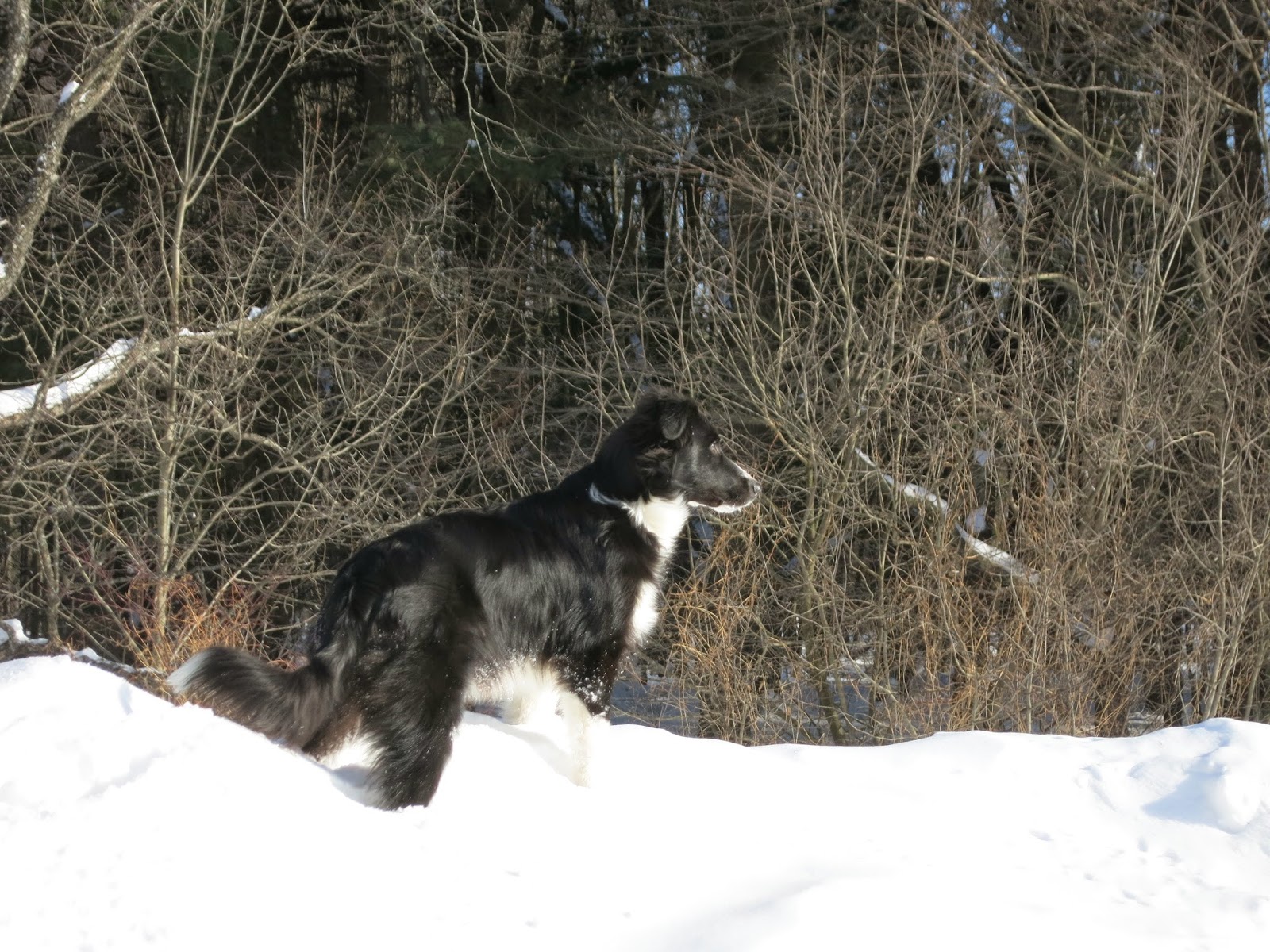 Posted by The Dancing Donkey at 1:25 AM