I got a call this morning from my nearest neighbor.  His dog, an 18 month old lab/pit cross, had to be euthanized yesterday after he came home badly injured by a very large animal, most likely a bear.  He had been out roaming the woods with another neighbors dog, also a lab mix.

I am very sorry for the dog and for his owner, who is a very caring, sincere person who has no clue about the nature of dogs.  I feel awful about it and at the same time, I just want to grab both of these guys and shake the hell out them and ask them what the hell they thought was going to happen!  The black dog has been roaming the countryside chasing deer, harassing livestock, threatening people and generally making a nuisance of himself for years.  When I saw the other dog join up with him, I knew there was going to be trouble one day.

I have had several conversations about the problem with both owners as have nearly every property owner in the area along with the sheriff's office and animal control.  These dogs went after my donkeys last year.  No one got hurt, but it was a near thing.  I had another long talk with the owners at the time and I had the one guy bring his young dog over.  He really wasn't a bad dog, but he was powerful, agile and totally out of control.  His owner was absolutely powerless against his own dog.  I finally took over and, every time that dog lunged at a donkey, I did my best to put the fear of God into him.  He got it.  Not exactly my training method of choice, but it was very clear that it was either that or buy a gun for the next time the dog came around.   I did convince the owner to get some training lessons and, to give him credit, he did it and I haven't had any more trouble with that dog chasing my animals.  It didn't stop the dogs from roaming the countryside wreaking havoc everywhere else they went though.

When the owner called this morning to tell me what happened and warn me about a dangerous animal loose I the woods, I was appalled, but not surprised.  This was opening day of deer season, the normally empty woods are crawling with hunters both skilled and inept.  I always feel intruded on by all these men with guns traipsing about, how must the Bears and Cougars feel?  I can just picture these obnoxious, pushy dogs chasing down and harassing an already angry bear and also picture just how it would react, swiping out and taking the lower jaw of the one dog clear off.

I don't normally worry much about the lions and tigers and bears out in the woods.  I stay out of their space and they they return the favor.  I  am not thrilled by the idea of a riled up, pissed off bear wandering around out there trying to avoid all the hunters.  I might have to find somewhere else to go hiking for a while.

The whole thing has been bugging me all day.  I really am sorry for the lose of what could have been a very nice dog.  At the same time, there is a small, mean part of me that wishes the bear had taken out both dogs and solved this mess once and for all since their owners won't do it.  I know, it's awful.  It makes me feel awful.  I want to offer my condolences and dope slap these people all at the same time.  Instead, all I can do is rant about I on my blog.

And I guess I'm done ranting, now it all just makes me feel tired.

How about some puppy cuteness to make the world better?  You can be damn sure that this dog won't ever be out roaming around unsupervised and picking fights with bears! 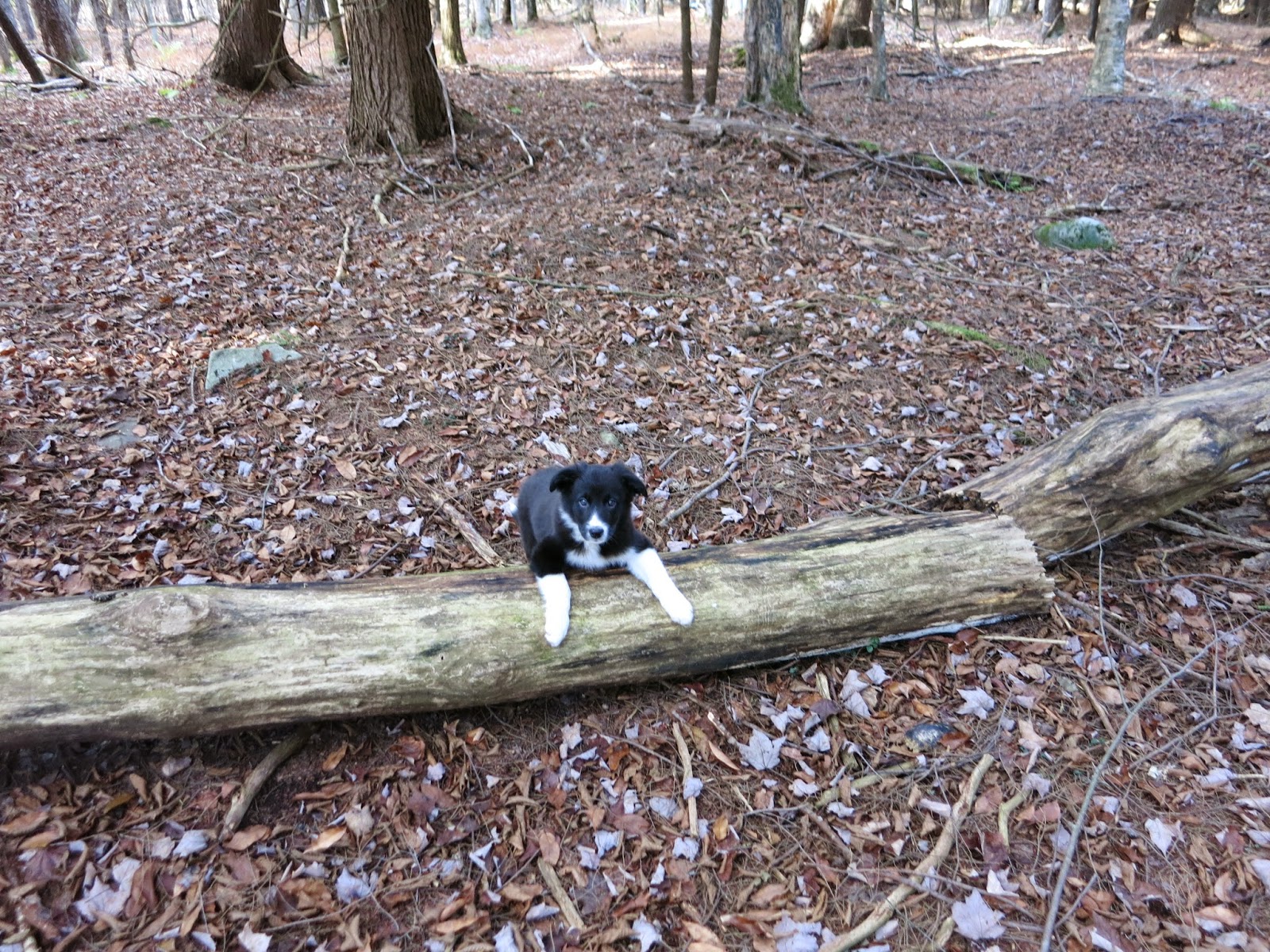 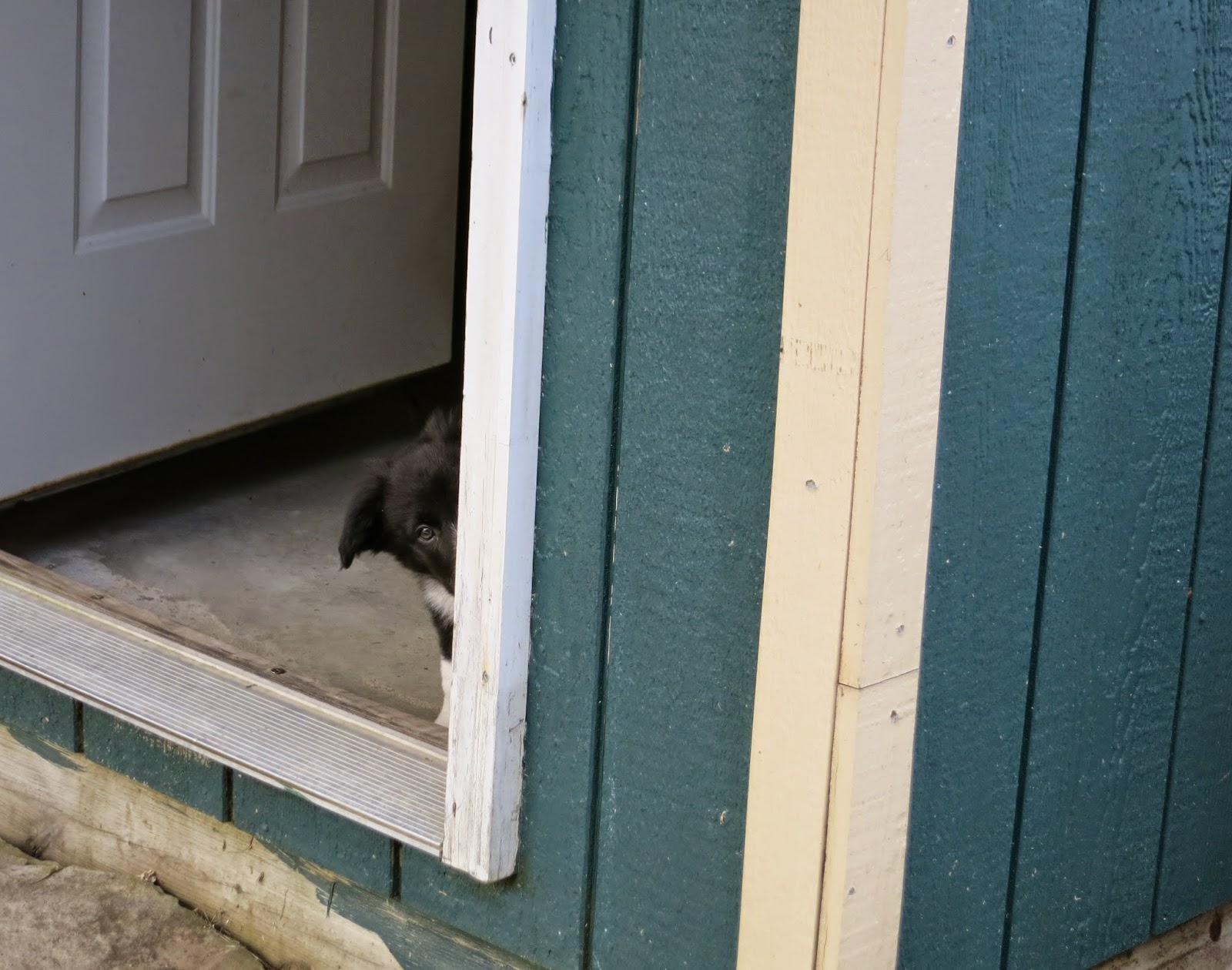 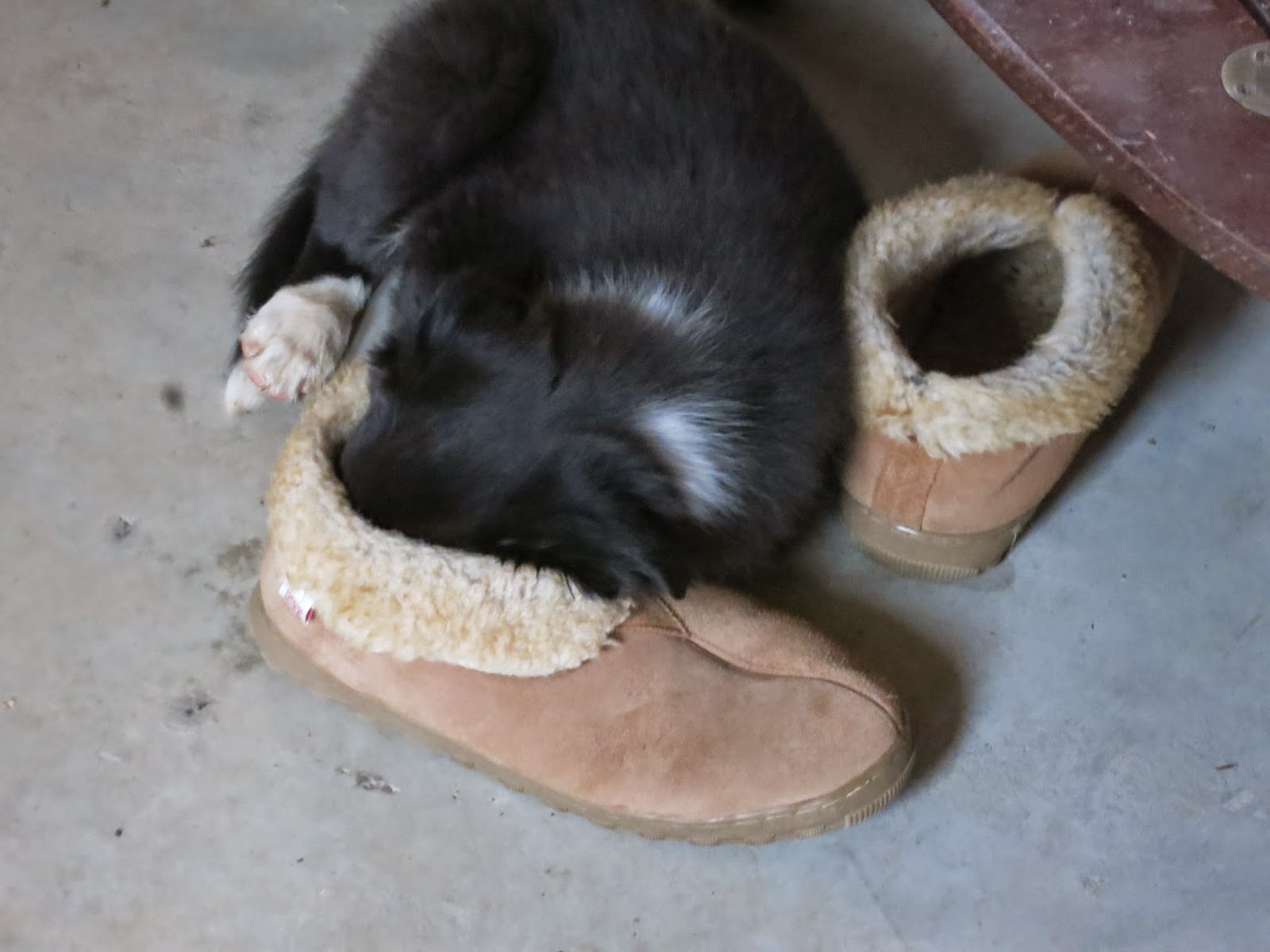 Posted by The Dancing Donkey at 12:55 AM