Pull the Tail On the Donkey

Thanks everyone for your comments and suggestions about nutrition and feet trimming.  I hope I did not leave the impression that I am unhappy with Ramsey's progress.  Generally, I think he is doing great.  When the vet was here last week, the first thing she said when she saw Ramsey was, "there's the little miracle donkey".  I mostly just want to make sure that I do everything I can for him now while there still might be something I can do.  Once he gets a bit older, corrective measures will get much harder.

He is growing into quite the fellow.  The other thing that the vet and her tech both remarked on is how friendly and sweet he is.  They were amazed that he shows no signs whatsoever of fear or resentment for all of the medical procedures he endured and that is very true.  It is just not in his nature.

He wants to be into everything, he can't stand to be left out and is jealous of any attention given to someone else.  He'll  crowd and invade your space, but in a charming I-want-a-hug way.  And, at fifteen months, Ramsey is such a boy.  I swear to God, if he could speak English, he would be telling terrible knock-knock jokes, laughing hysterically at any occurrence or mention of the word fart and if he ever met a jovial old uncle who asked him to "pull my finger", I'd never hear the end of it. 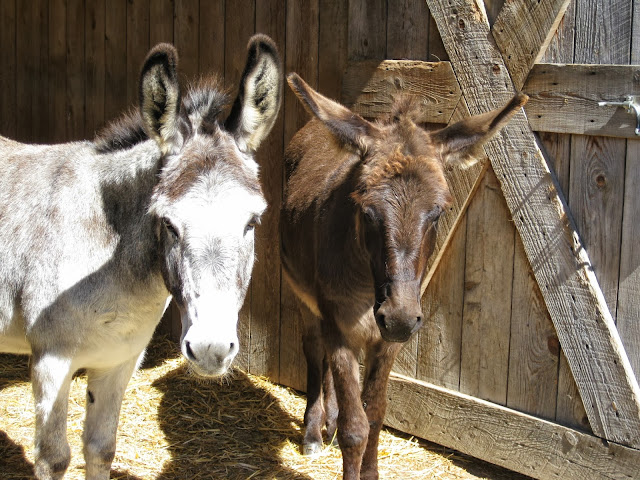 He loves going out for walks and zooming around in the woods like a...well, like a ten year boy who's just eaten a candy bar and a can of Coke. 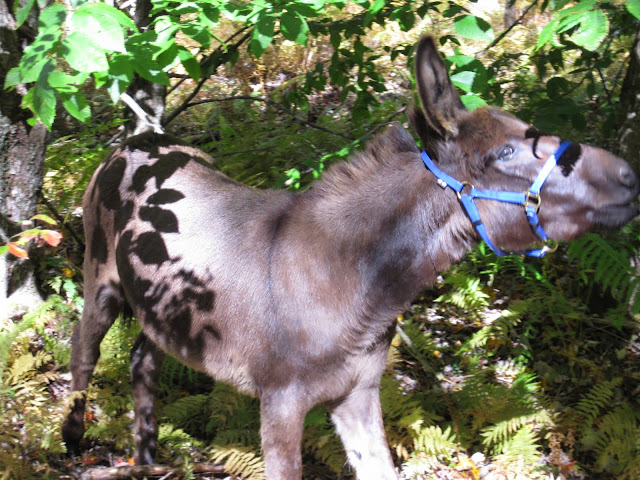 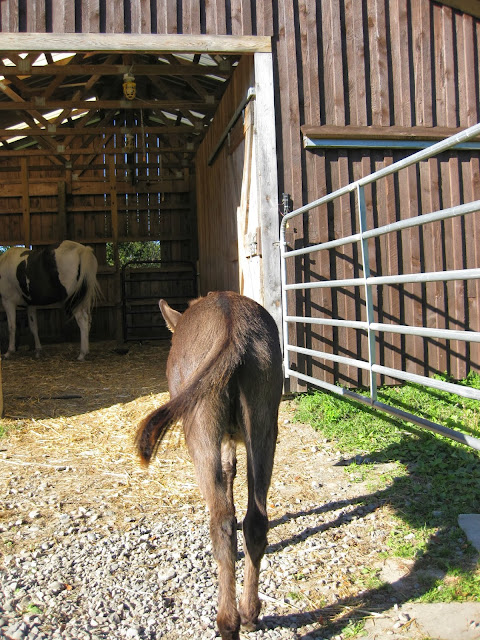 Posted by The Dancing Donkey at 1:19 AM