About a year ago, I wrote about a new donkey over at Dave's place.  He was a "free" Craigslist donkey in dire need of a new home.  He had been living in a round pen for the previous 18 months with no shelter and the owner could not get near him.  Herb (aka, Herbie; aka, Herbert) turned out to be afraid of only one thing: humans.  We have no idea of his history, but this was a fear that went far beyond being feral.  Some dark things happened in this guy's past. 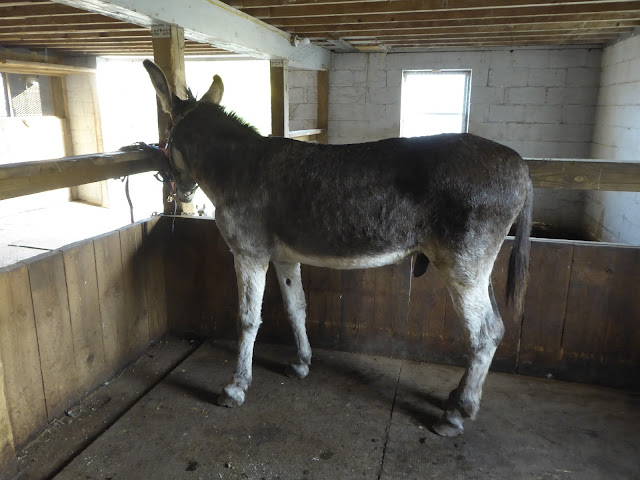 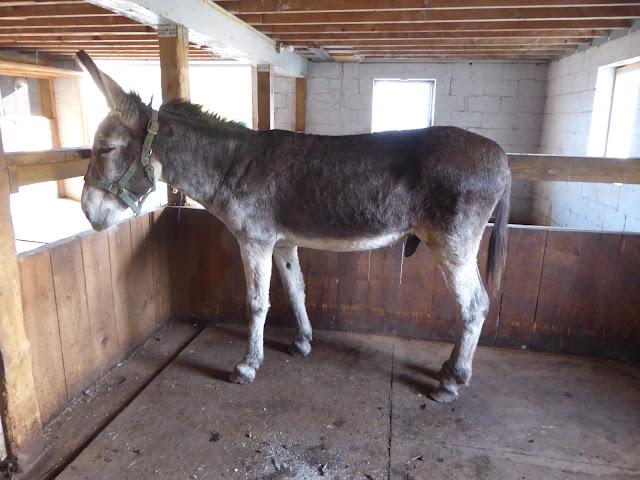 I see Herb every 6-8 weeks when I go over to trim hooves and he has been slowly, very slowly, gaining trust.  Herb was profoundly shut down when he first came here, but has been coming out of his shell more and more.  Once caught, he never tried to fight, but he trembled with every touch and working on him felt like handling dynamite with a lit fuse in one hand and sharp tools in the other.

I make a point of offering lots of goodies and spend a lot of time on scratching, backrubs and ear rubs.  He was never hard to work with, but his fear was palpable.  After a while though, he began to enjoy the scratching and I could feel the tension flow out of him as I worked and talked to him.  There finally came a day when I took the halter off and he choose not to leave, but instead, leaned in for more scratching.  He lifted his nose to my face and breathed into me. I blew back and, when he relaxed some more, I leaned in and gave him a little kiss on the nose.

His very first kiss.  And it was good.

Every time I see Herbert now, he is more relaxed, happier and the curiosity and wonderment that runs so deep in the souls of donkeys is shining bright.  He plays endlessly with his buddy, Hoss, and there is a softness and light in his eye that did not exist before.  When I reach out to him, he is still wary, but he reaches back. 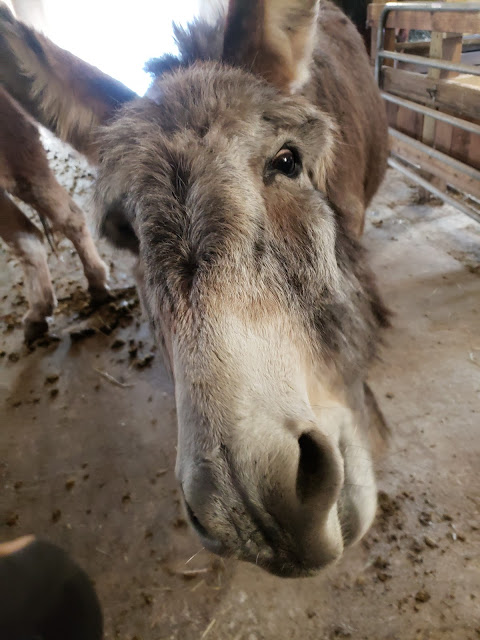 Herb now occasionally argues with me about picking up his feet because he finally feels safe enough to express an opinion.  Animals who have simply given up all hope are usually the easiest to work with, which is why people still work so hard to "break" them.  Herb's opinions are valid though, so I try to listen and we work it out.  It isn't as easy, but it is better.

His hooves are strong and sound now. 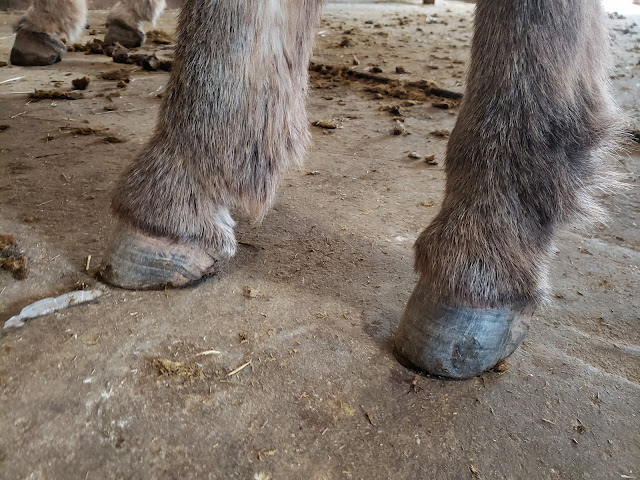 He tipped over my tool box a few weeks ago because he wanted to see what would happen and because he also feels safe enough to explore. 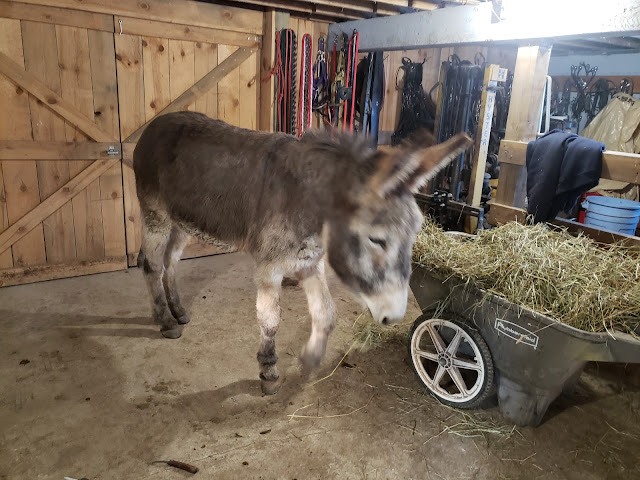 I confess I am a bit smitten with Herbert and I am honored and glad that I got to give him his first kiss.  Hopefully, there will be many more. 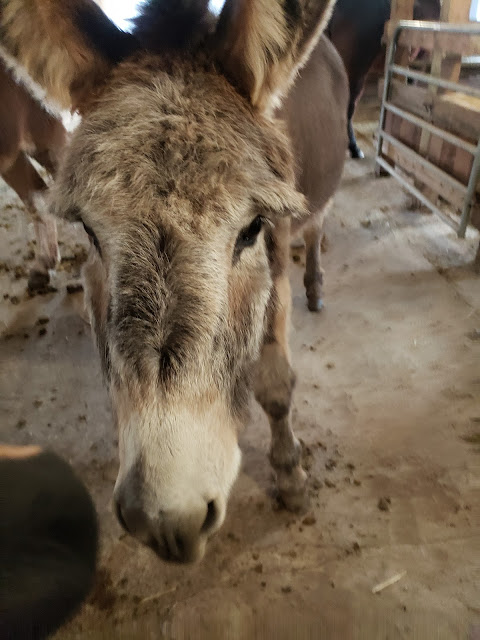 Posted by The Dancing Donkey at 3:50 PM