There Will Be Friends

Thank you all for the kind comments and good wishes for the new donkey in the neighborhood.  For those who are worried that he seems very alone, which he has been....he actually does have two other donkey companions (a gelding and a jenny) and two horses to hang with.  Or he will have.

Because he is not gelded, he is going to have stay separated until that can be taken care of.  The rest of the herd is in a pasture just 20 feet away so he can see them and he has gotten some supervised meeting over the fence.  The other two donkeys are very attached to each other and the gelding is rather possessive of HIS girl so intros are going to be slow and gradual. Once the new guy is gelded and there is no chance of making any unlooked for babies, he will go out with them and have friends.  By then they will, hopefully, have made friends over the fence and there will be no drama.

The poor guy is very alone, but at least it is temporary here.  This is why stallions should be gelded unless truly worth breeding AND you can provide them with friends and room to move.  Too often, studs are confined to small lots all by themselves because they can't be out with others.  That is not a good life and it makes for miserable, frustrated, dangerous animals.  It is why studs have such a bad reputation.  You can't lock someone in a prison cell and constantly tease him with all the good things in life and expect to have negative repercussions.  This fellow, who is still nameless, will have a herd of his own soon.  And a name.  Feel free to leave suggestions:)

And, since the camera scared the new donkey and I have no more pictures of him - how about puppy pictures instead.  It rare to catch a Border Collie puppy sleeping so enjoy them while they last:) 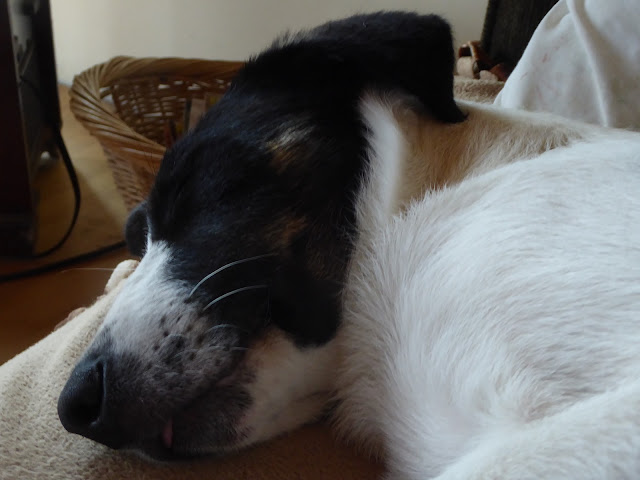 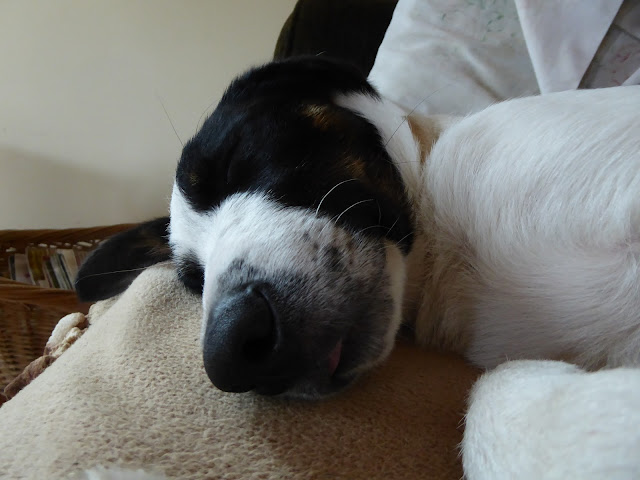 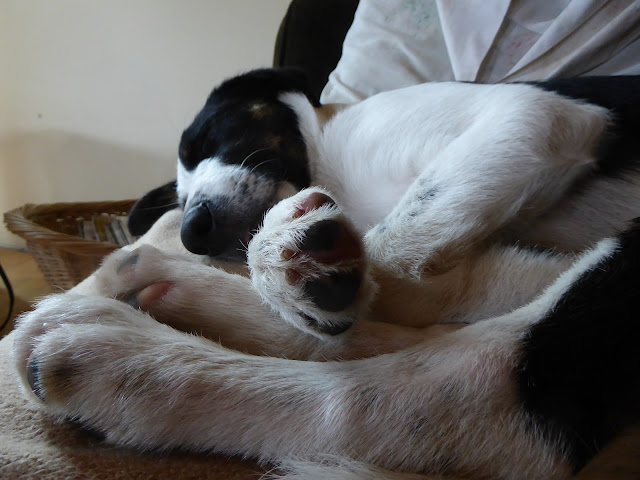 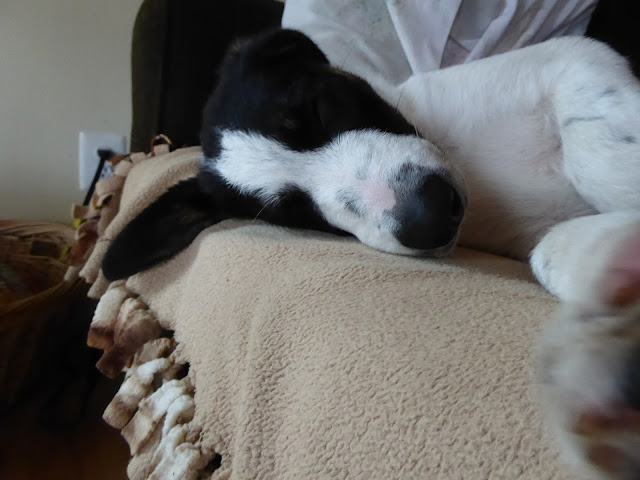 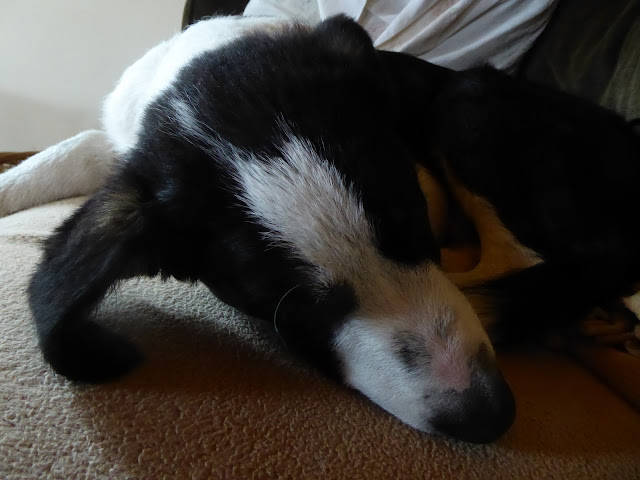 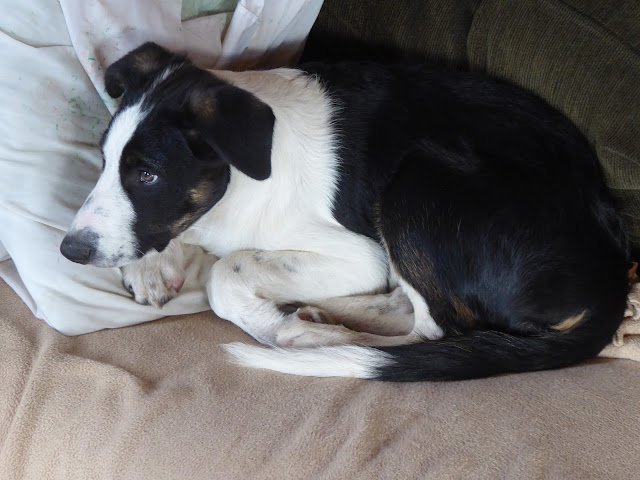 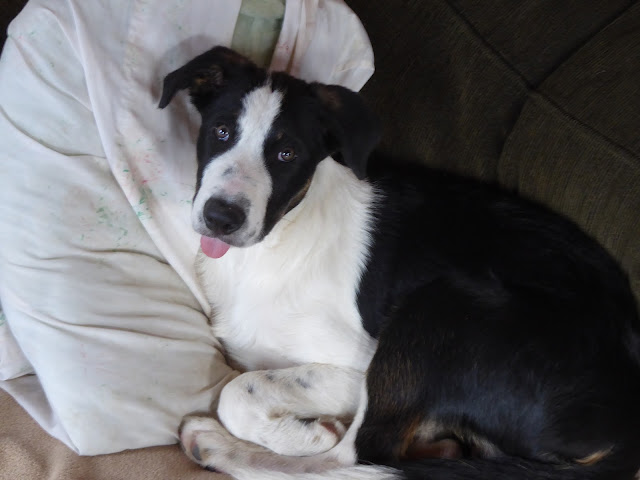 Posted by The Dancing Donkey at 4:58 PM