My friend Dave had been downsizing his herd and then....like always....along comes a donkey who really needed a new place to live because his people were in a bad car wreck and they were dealing with some severe, long-term injuries and couldn't give the donkey the care he needed and, well, what can you say to a face like this.... 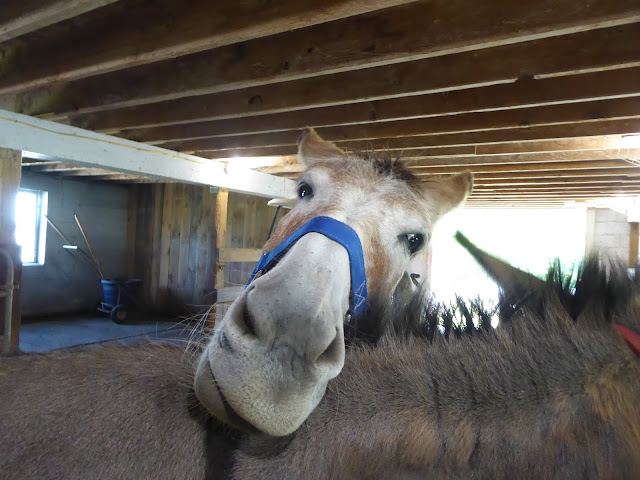 This is Hoss, who was named Radar, but got a new name with his new home.  That is him in the middle.  The one closest is John Henry, one of my other favorite donkeys.  He is a super interesting old geezer who I have just a wee, little crush on.  I'll have to tell you about him one day. 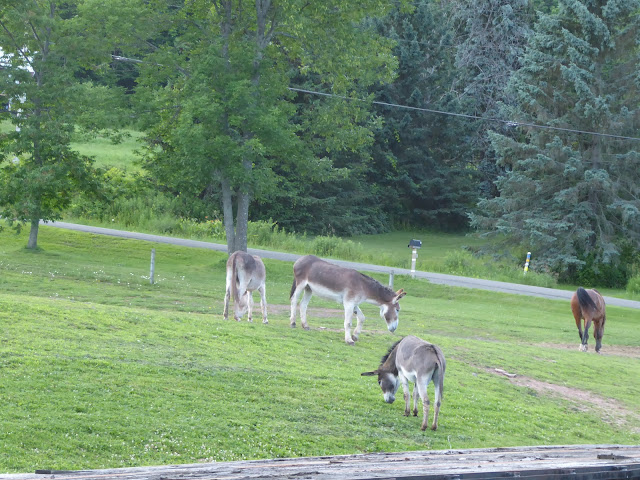 Hoss is a very handsome, well-built and sweet fellow and there are plans in the works to teach him and Stormy to drive. 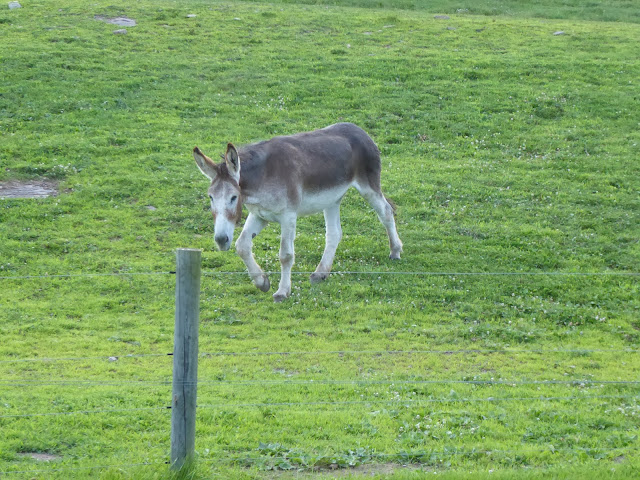 He is a big, strong, solid fellow who has been very easy to work with so far. 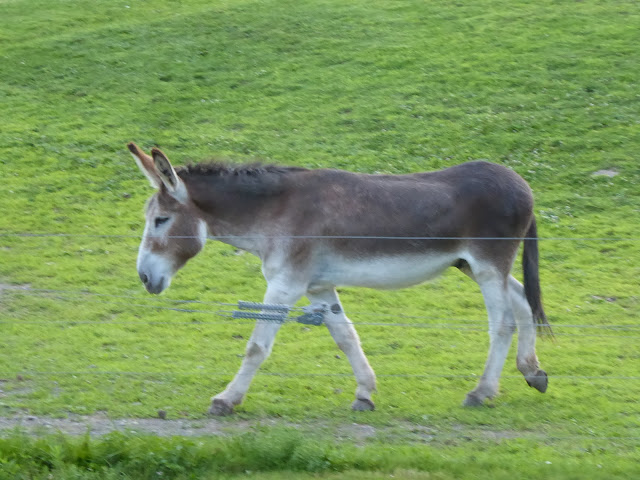 When Dave first got him, he was told that his only fault was that he had to be sedated to have his feet trimmed.  His previous person had been told that she could not handle his feet so she was nervous around him and, as a result of self-fulfilling prophesies, no one could handle his feet.  She actually had to take him to Cornell to get his feet trimmed, at great expense and trauma.

I approached Hoss a bit differently.  I started by offering an introductory cookie and then moved on to neck scratches, an ear rub and then a massage.  By the time I reached for a foot, Hoss was so relaxed and happy that he was willing to give me all four feet at once if I really wanted them.  He now likes pedicures so much that he generally volunteers without even putting a lead rope on him.  He has nice, lovely feet and he is actually the easiest critter I work on. 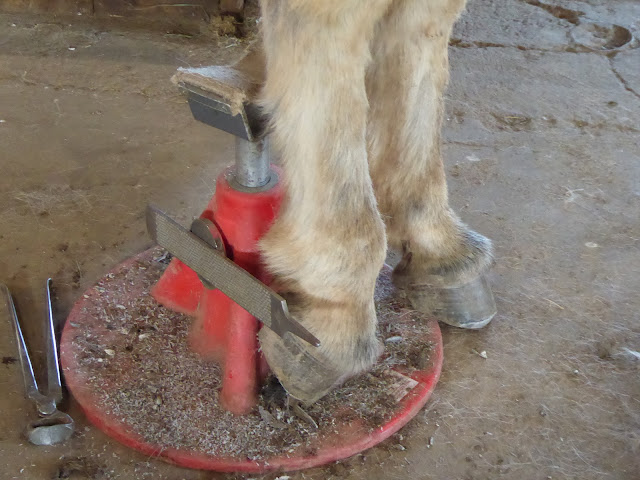 This is the same crazy, wild donk who had to be trucked to Cornell and drugged to the gills to work on. 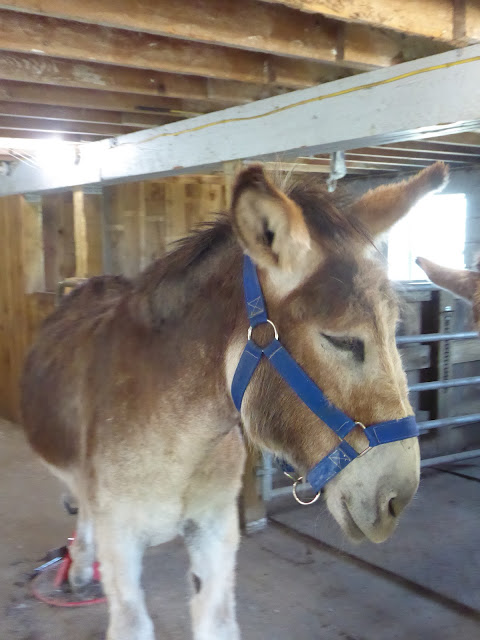 He may be high on endorphins, but I find that they work much better. 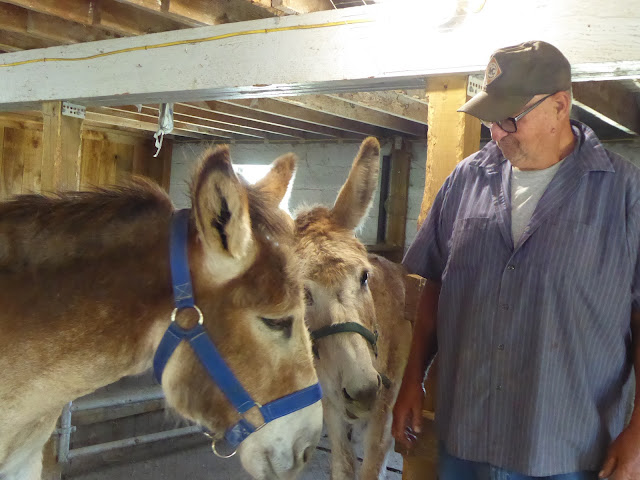 Posted by The Dancing Donkey at 10:29 PM

Email ThisBlogThis!Share to TwitterShare to FacebookShare to Pinterest
Labels: Hoss