I finally got the results from Ben's latest blood test to monitor his Cushing's disease. 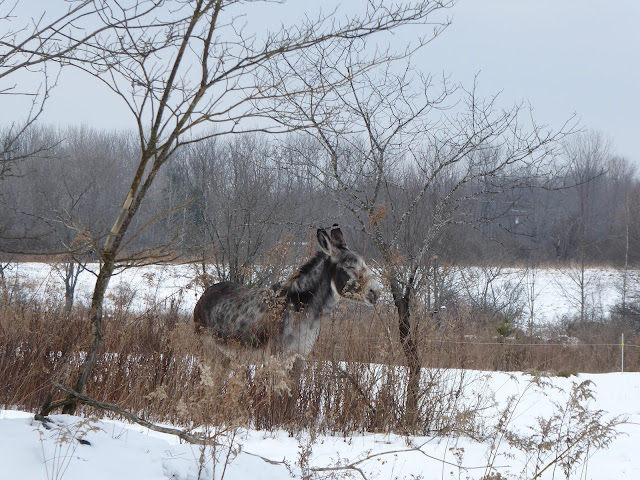 He is on 1/2 a tablet of Prascend (brand name for pergolide) and his ACTH level has come down to 14.3.  The normal range is 9-33 so the vet and I are happy with this number. 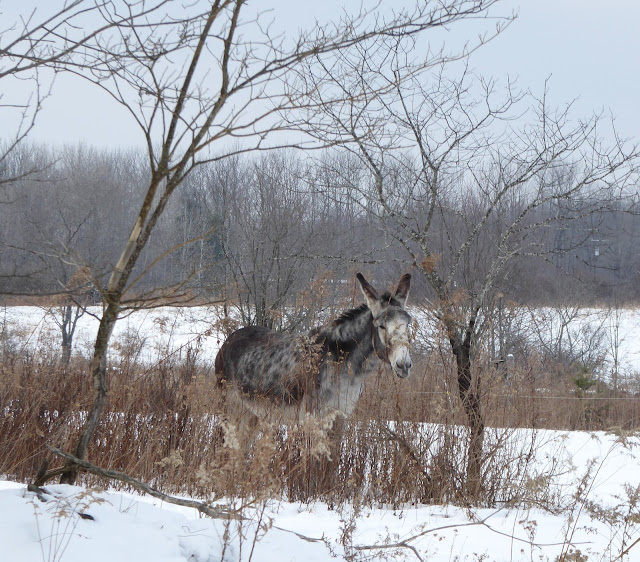 He is generally doing very well with the meds now and I have not seen him turn into Dragon Donkey for quite a while. 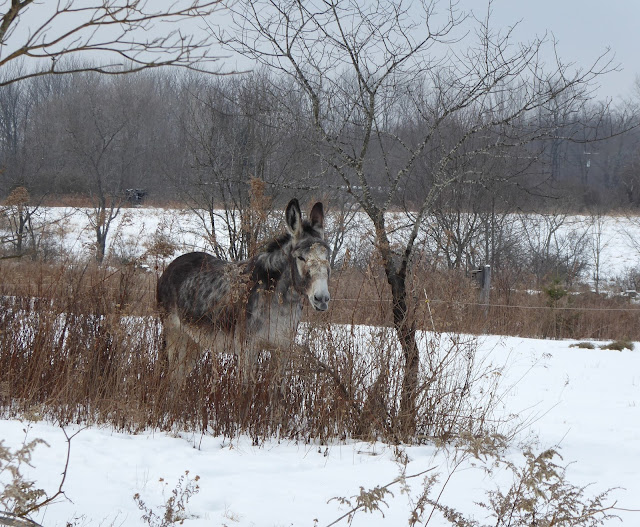 I am hoping that we won't need to increase his dose for the foreseeable future.  He will get a new blood test in about 6 months, just before the start of the natural seasonal rise of ACTH, to make sure his numbers are still good before going into the danger zone. 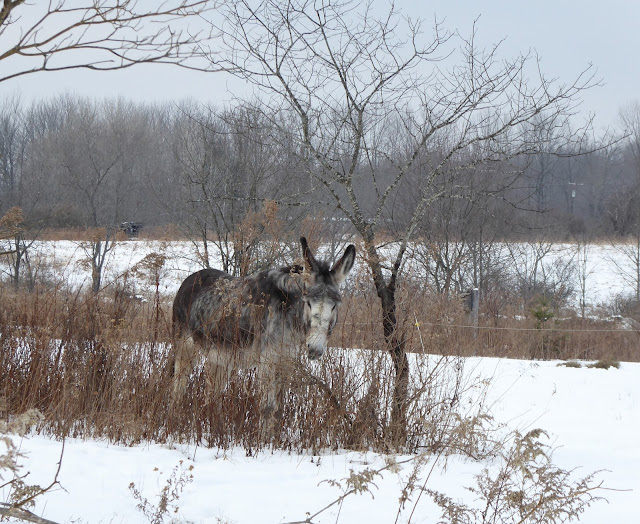 Pergolide is an odd drug that can cause some odd reactions, which can occasionally be worse than the disease.  I am glad to say that Ben is adjusting well and the lower ACTH should greatly reduce his risk of laminitis, white line disease, thyroid disease and a number of other endocrine disorders. 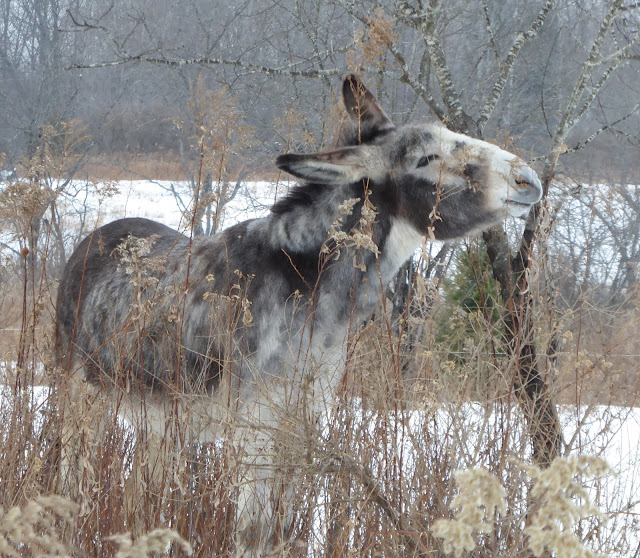 Ben never stopped eating, which is a common side effect of pergolide, but he has gotten a bit more choosy about what he eats.  He used to be rather single-minded about food, now he tends to look twice before consuming.  It is generally a good thing, although, the day I started the prascend, he stopped wanting to eat his vitamins, which he really does need.  Maybe I should mix them with some dried goldenrod and tree bark. 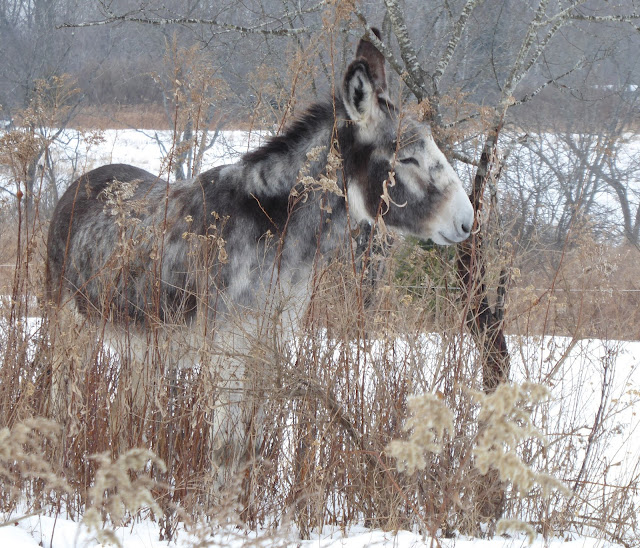 All-in-all, the Big Guy is doing well.  He is sound and moving well.  His feet look great, his coat is soft and shiney, he is super cuddly and he has a nice smile. What more could you want? 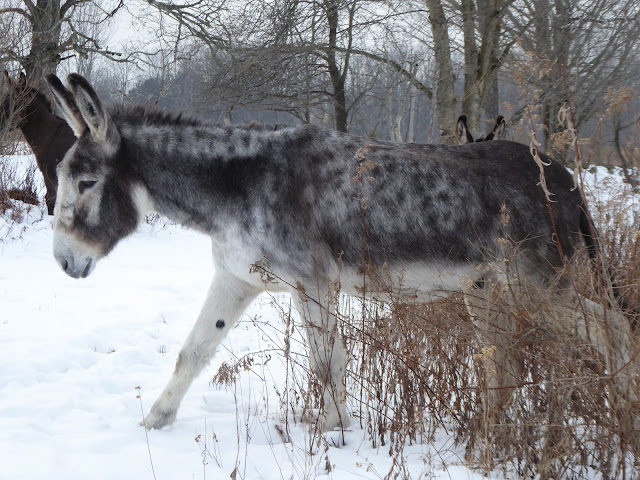 I also want to send out a special Thank You to TheCrazySheepLady who sent us the remainder of the Prascend she had on hand after the very sad loss of her own equine friends.  I am very sorry for that loss and I wish she still needed the Prascend.  I hope it will bring some comfort knowing it is going to a good cause.  All the donkeys send hugs and thanks.
Posted by The Dancing Donkey at 12:06 AM