Several people have asked how the boys are getting along with each other these days.  The answer is...pretty well.  They all hang out together and share their space with each other.  There is no real squabbling, pushing or shoving.

With three donkeys and one horse, the differences between the way horses think and the way donkeys think is more noticeable.  Not that it is a problem, the donkeys all like and respect Tessa.  They generally let her think that she is the boss while they all go on about their own business, which Tessa is blithely oblivious to. 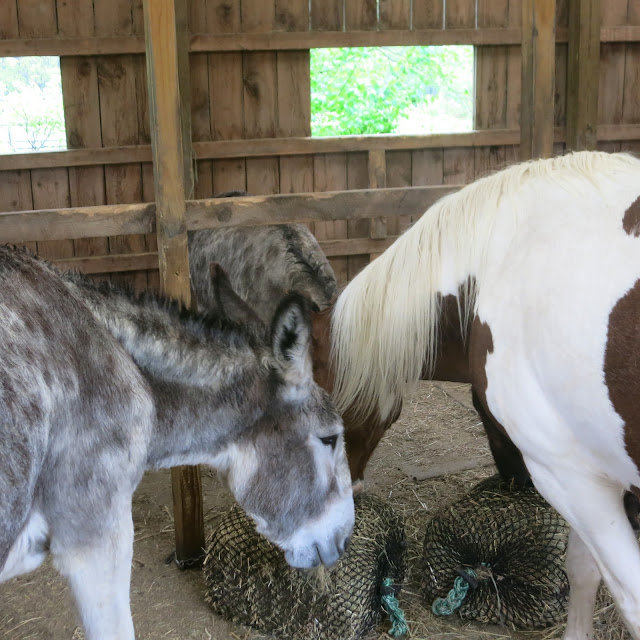 Ben and Ramsey have a sort of truce, but I would not call them buddies.  Maybe they are too much alike.  Ramsey still thinks of Ben as the interloper and Ben still thinks Ramsey is an annoying pipsqueak.  They are both jealous of my attention.

Ben very much likes being a part of the herd and he keeps close to everyone.  He and Emma get along quite well and he is a little enamored of Tessa.  He is a bit intimidated by her, but he also likes to stick close to her.

My four compass points in their standard configuration... 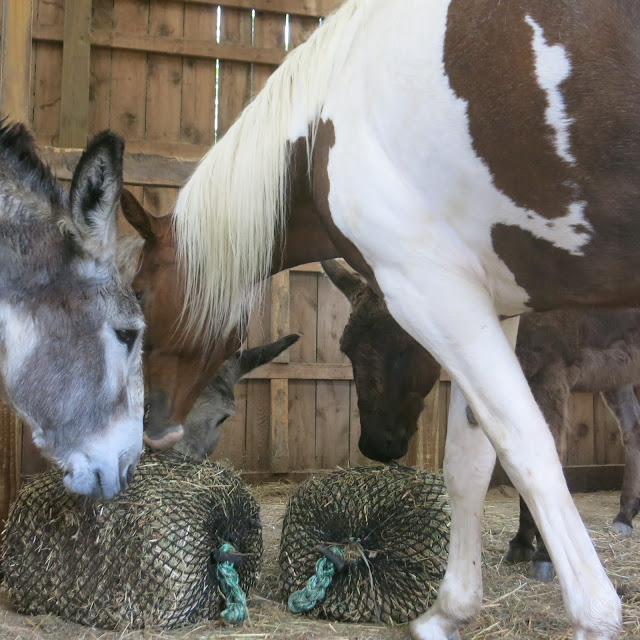 All in all, it is a nice little herd with a few personality quirks, but no drama.  The donkeys all work things out and Tessa remains blissfully content in her own little universe. 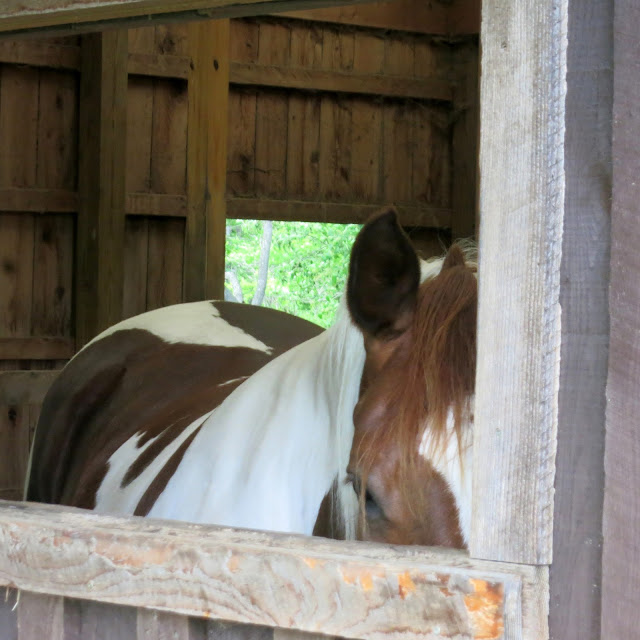