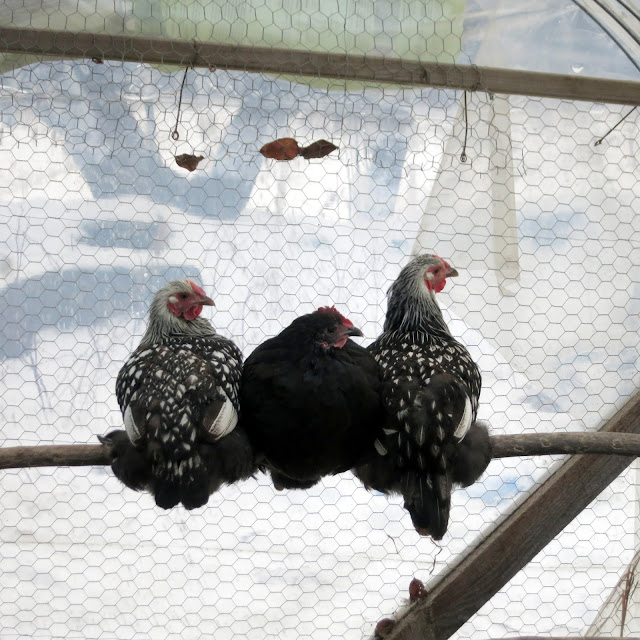 Don't be taken in by their soft, fluffy appearance.  The Black Australorp is the queen of the roost - I've taken to calling her the Godmother.  She meanders around, acting all sweet and nice, but Thug One and Thug Two are always nearby, ready and willing to break a few kneecaps.

Then there is the Red-Headed-Step-Child... 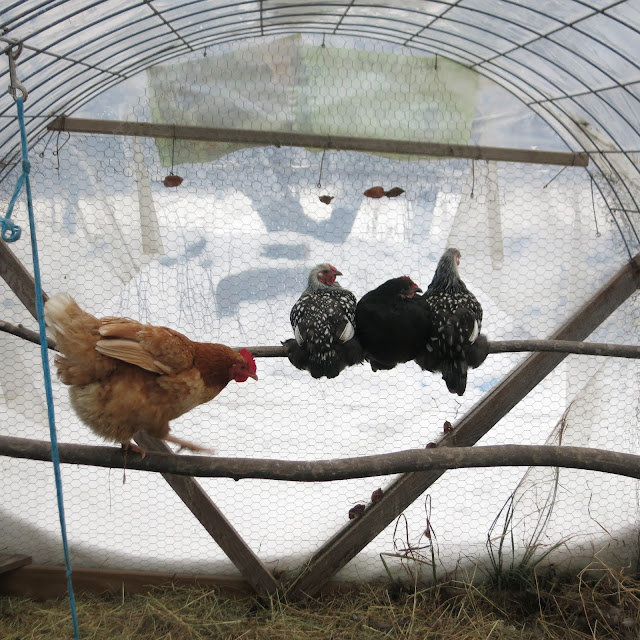 ...the quirky, hyper, misfit who is into everything, always looking for a score and always trying to break into the inner circle.  Thug One and Thug Two make sure that that never happens.  They are the reason her feathers still look henpecked - they are.  The henchhens never give up. 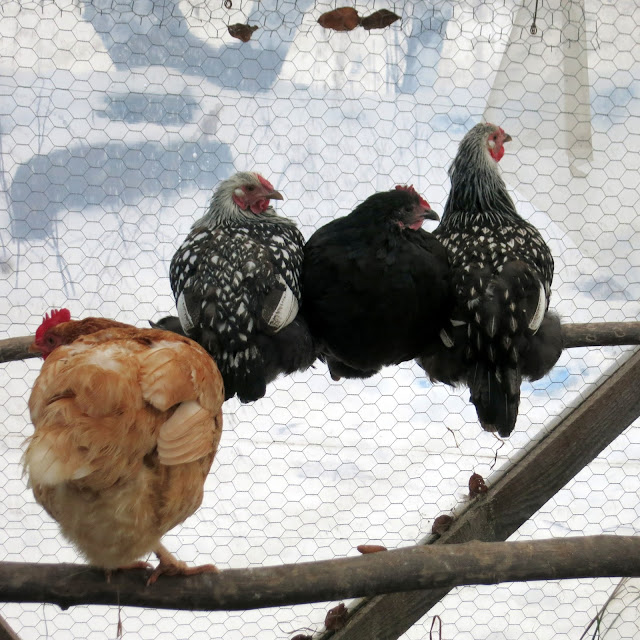 The thugs tried to stage a coup this afternoon.  One of them distracted me while the other sneaked up behind me, moving in for the kill.  I nearly broke my ankle trying not to step on her.  Its the same ankle that I mangled two years ago and one year ago and six months ago and which was just starting to function like it should. 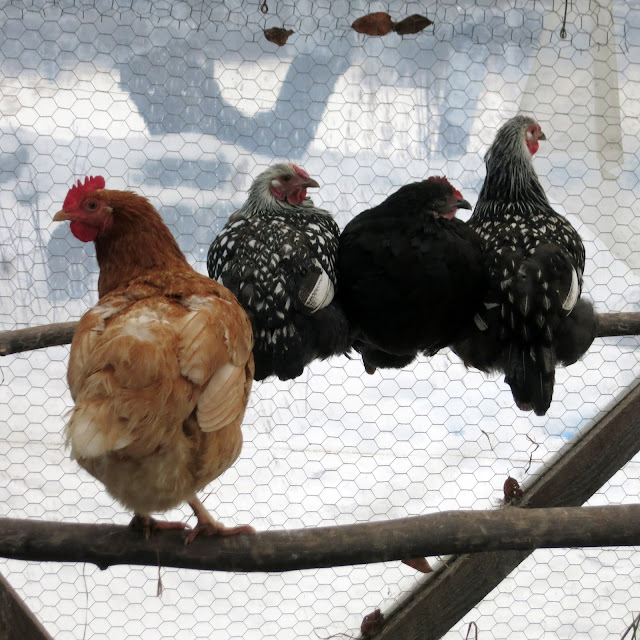 They acted all innocent and offended of course, like I was the problem for getting in their way, but I know the truth.  I'm not falling for their fluffy, clucky little ways.  The only thing keeping chickens from terrorizing the world is the fact that they only weigh 5 pounds. 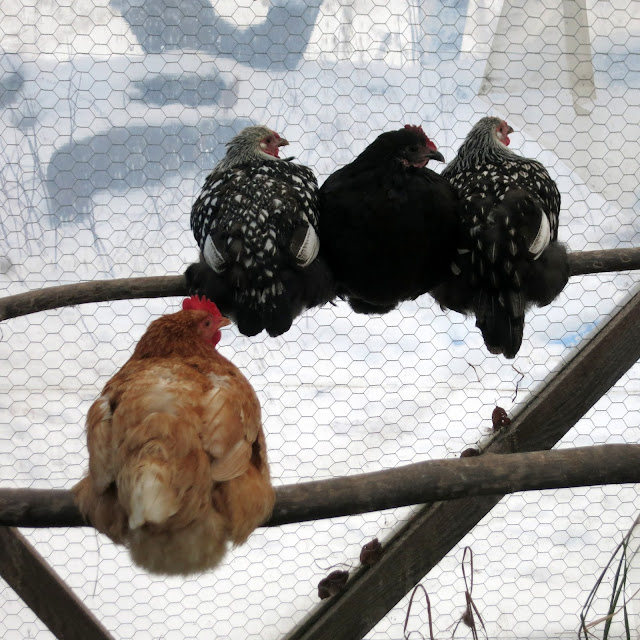