The boys are doing OK.  Ben is feeling better, although he is still on rather alarmingly high doses of pain meds to keep him that way.  They both seem to be getting past the illness that has caused all of this, but there is still a lot of joint pain.  We are contemplating a short course of steroids for Ben, which should alleviate overall inflammation and joint pain.  If we stop the inflammation, it might not come back.

The only problem with that idea is that steroids are a very bad idea for an animal who has any metabolic issues and is at risk of laminitis.  Ben's metabolic tests came back normal so it should be OK except that he is definitely laminitic in his right front foot.  I have the medication, but I have been weighing the risks and have been procrastinating about giving it to him. 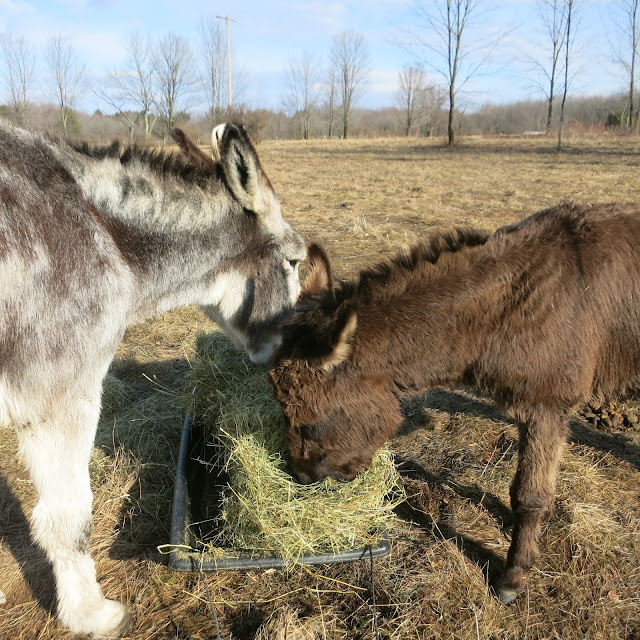 Ramsey seems like his normal self, although he too is on Previcox (an NSAID) for joint pain.  I am also hoping that it might help prevent laminitis developing.  That is my greatest fear for him right now and I am doing everything I can think of to protect his bad foot.  Since he is already missing a third of his coffin bone, I am not sure he could recover from laminitis.

One of the other symptoms I have noticed is that both have lost the shine and softness to their coats.  It is especially noticeable on Ramsey because he is usually very soft, sleek and silky.

They are both feeling better though and my hope is that what they need now is to finish their 30 days of antibiotics and time will fix the rest.

We are in the middle of an ice storm now, but yesterday, we had one brief day of sun.  Maybe it will help. 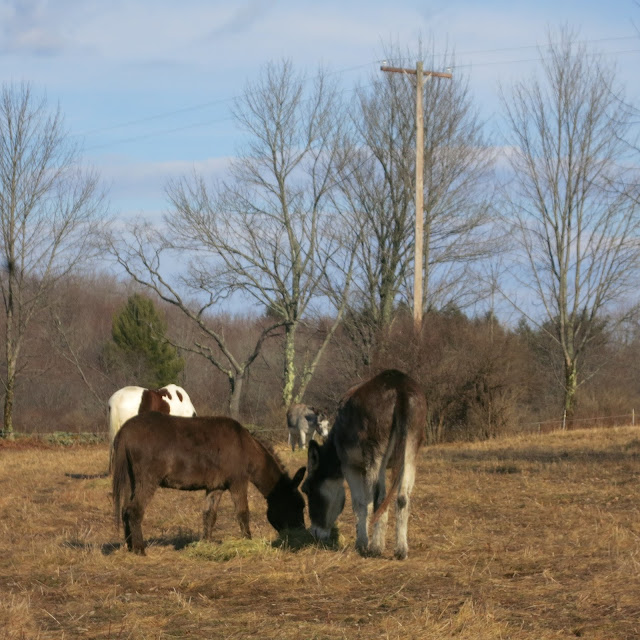 Posted by The Dancing Donkey at 1:34 AM