This is the hatch of wild turkeys who have been hanging around all summer.  This is a mother and her brood, which she hatched out very late in the season.  I think there started out being fifteen of them, lately, I consistently see ten.  There are always one or two hens who raise babies in my pasture each Spring.  This group was born in mid July, which is very late for babies to be hatching.  The mother must have lost her first clutch.  I wasn't expecting them and I nearly mowed them over with the brush hog.  I ended up having to leave a portion of the field un-mowed since I didn't want to kill them.  They've been making daily circuits around the property for weeks now. 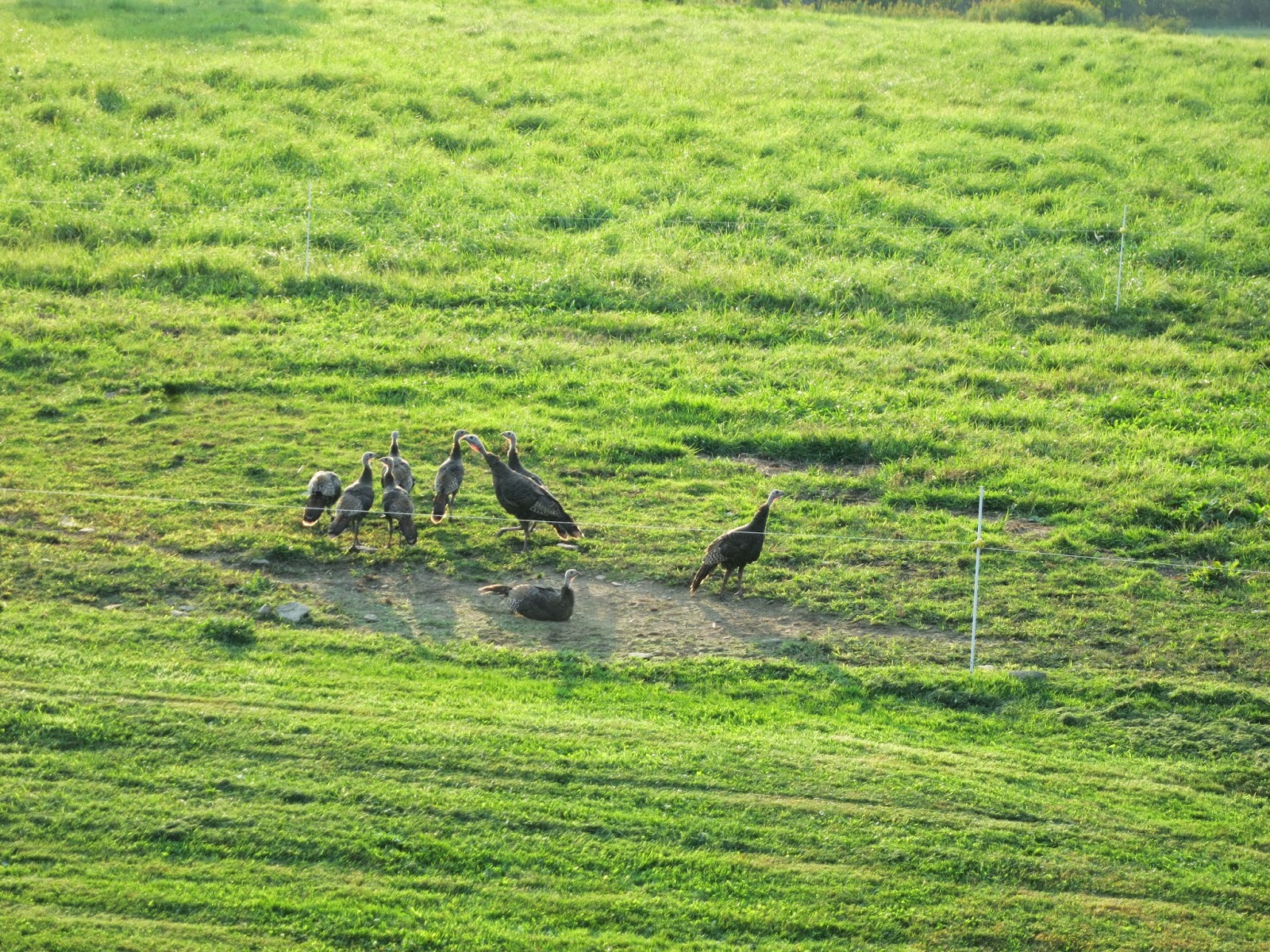 They LOVE the dust wallows that the donkeys have created and stop by for a bath every morning. 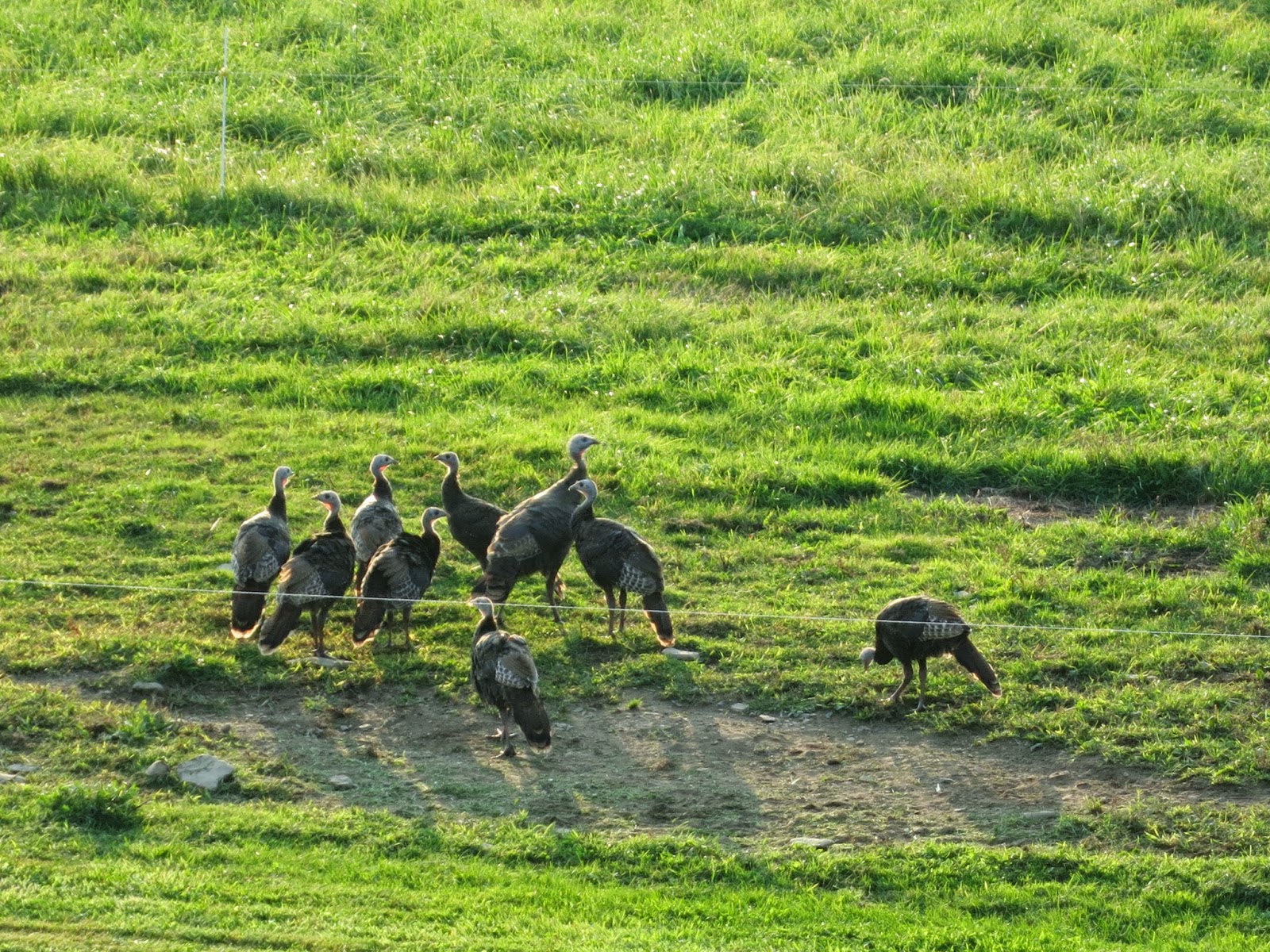 They stay clear of the donkeys because Emma will push them out of the pasture, but they also follow along behind them picking through their leavings.  They do a great job of breaking up manure piles. 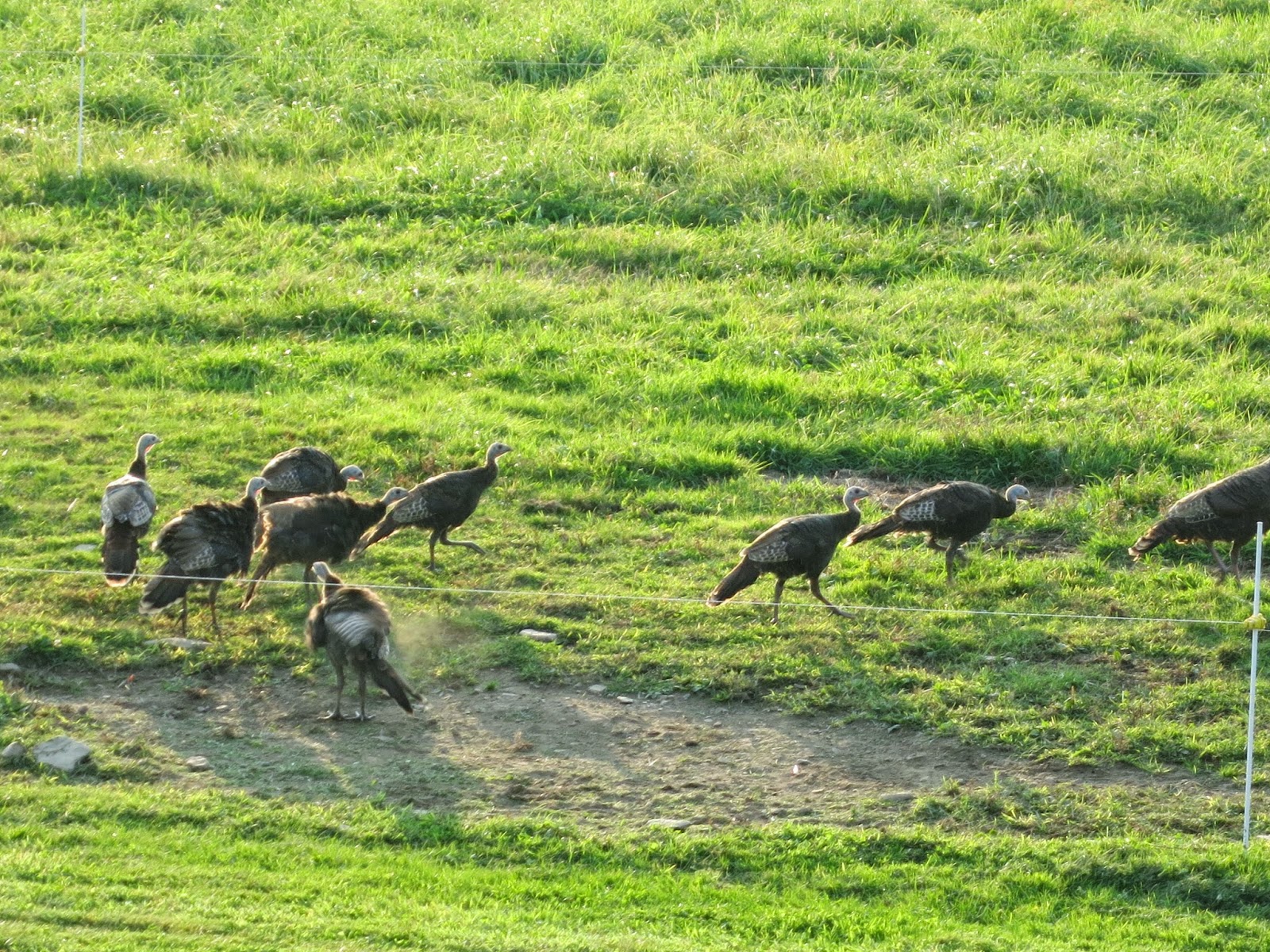 I had the maybe-bright-idea to create a flower bed on this unmowable stretch along the driveway.... 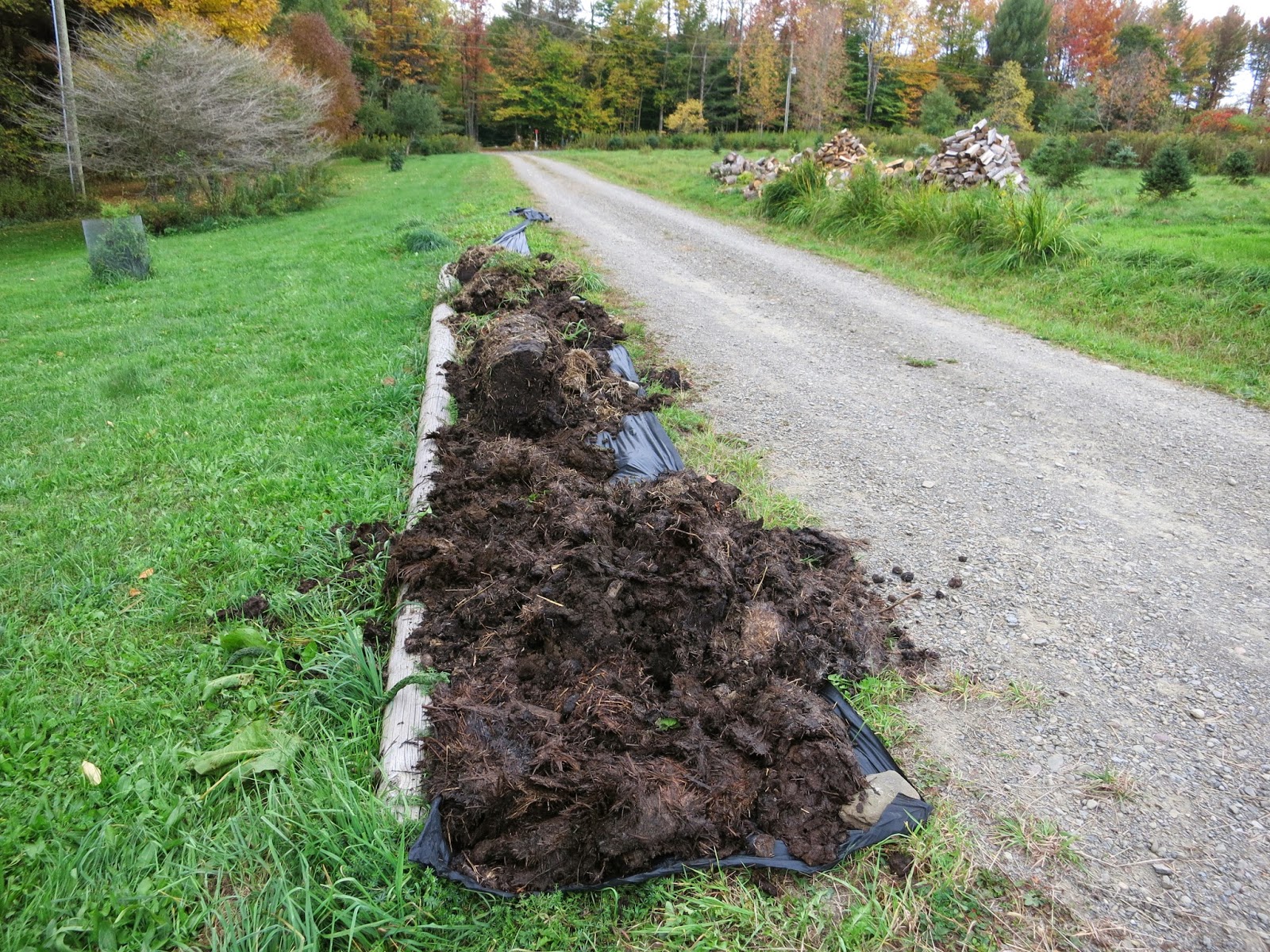 I used a telephone pole that the electric company took down in the Spring, filled it well aged manure.... 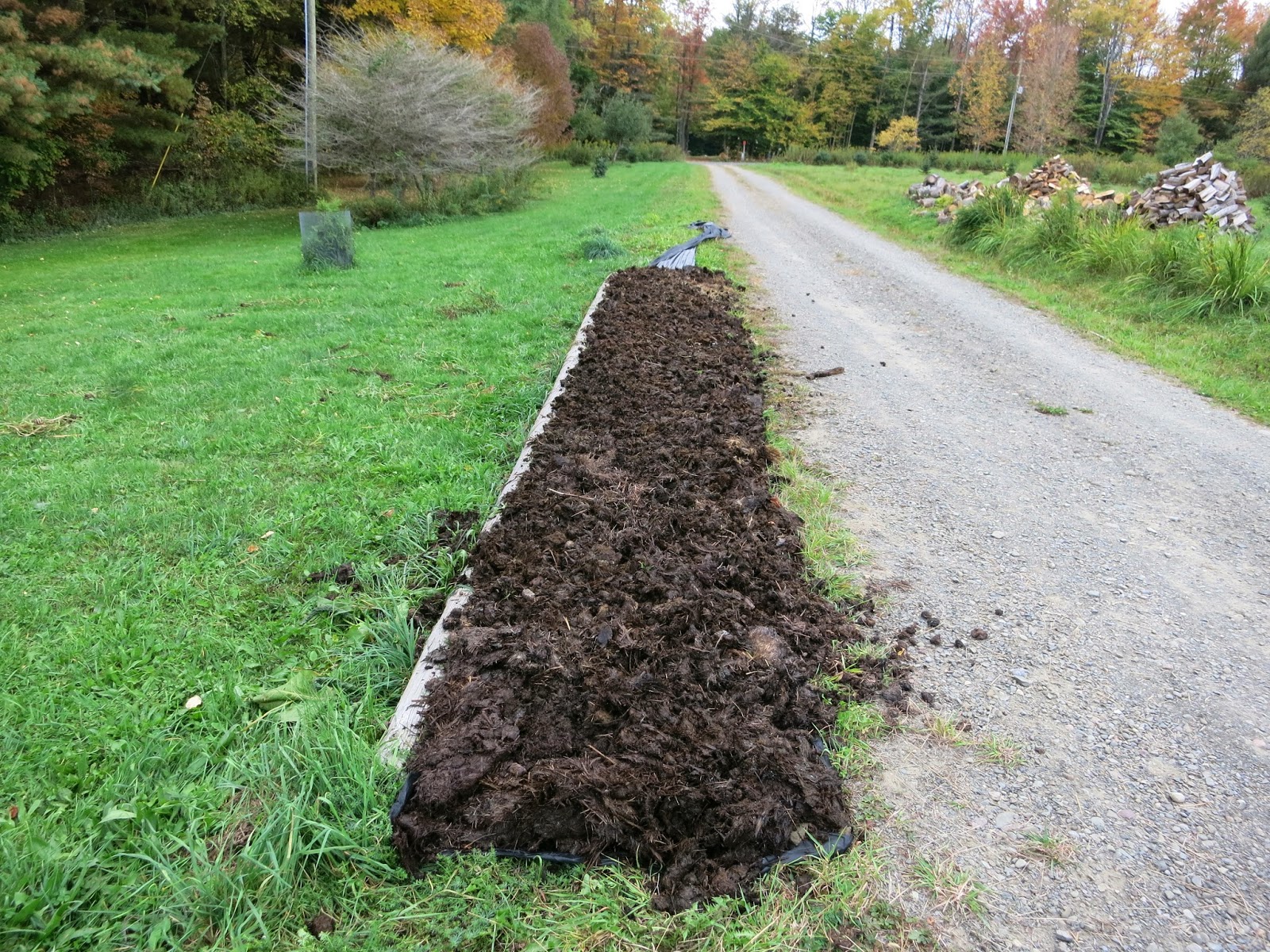 Covered it with straw and figured I'd leave it till Spring. 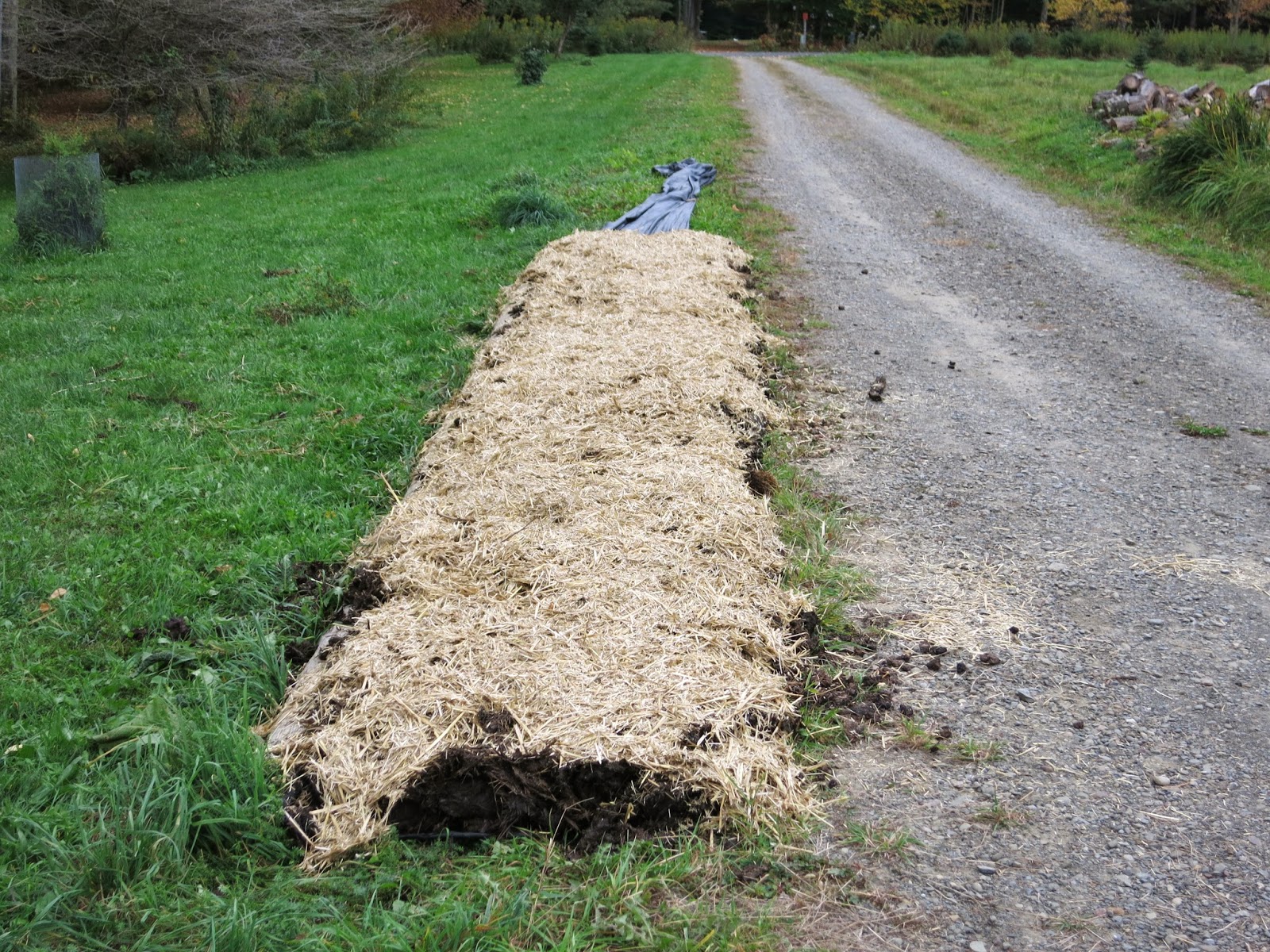 The turkeys had a blast tearing it to shreds. 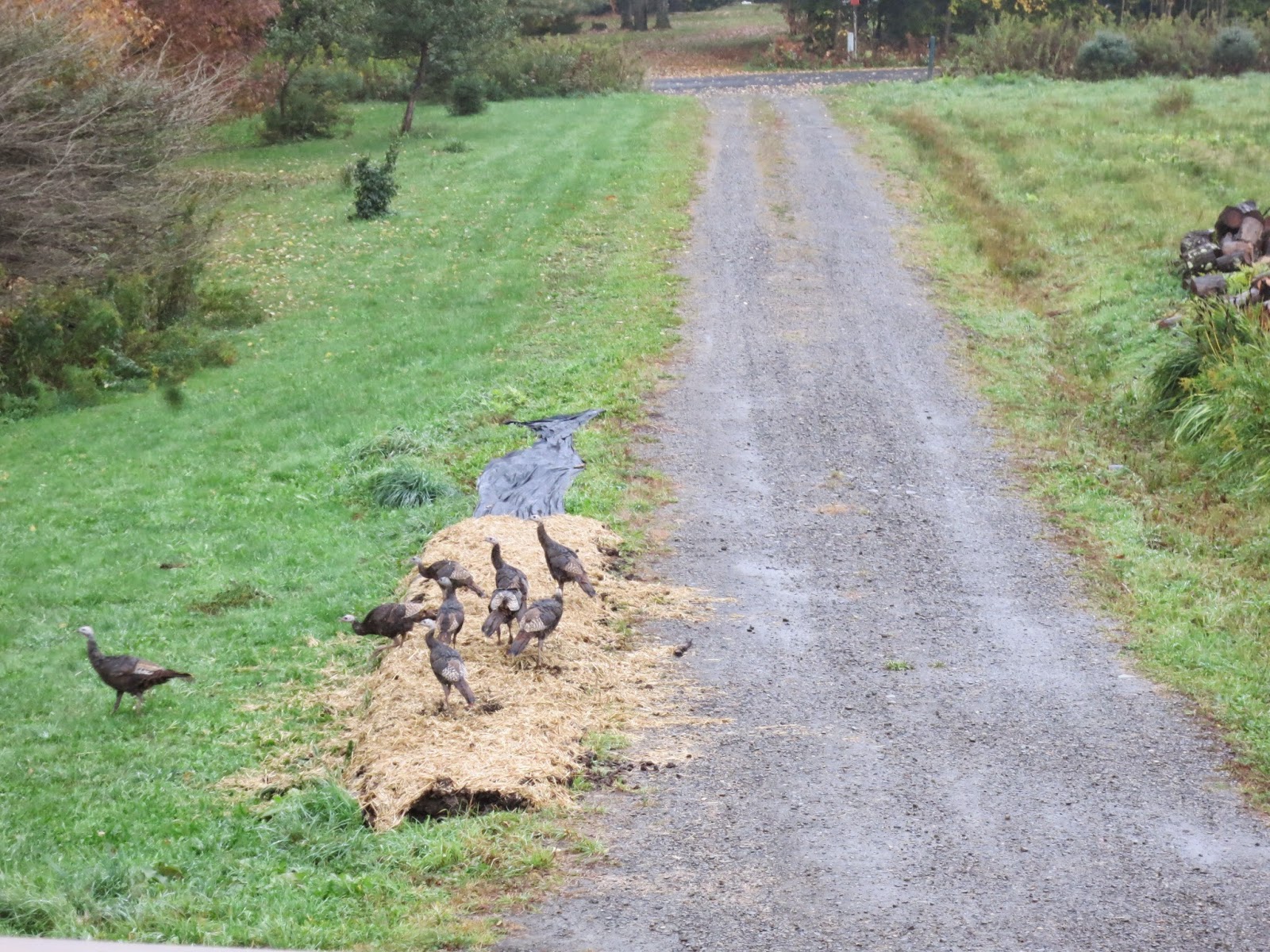 I haven't seen them for a few days now.  That's how turkeys are though.  They hang out in the same area for weeks or months at a time and then, for some unknowable turkey reason, they move on.  I probably won't see them again until Spring.  I'll give it a few more days though before I bother to repair the "flower bed" again.