Up Close and Personal

I went out this afternoon intending to finally play with my new camera. The past few days have been super cold and windy and I was afraid the camera might freeze to my hands so I have not done much with it.  Today, the wind died down at least and the models were willing to leave the barn.

Emma wasn't interested in posing for me.  She is finally starting to talk to me again after the terrible, awful procedure I foisted on her.  She has just begun allowing me to give her some ear rubs and butt scratches, which is generous of her.  She told me not to push my luck with that pesky camera though, so I kept my distance. 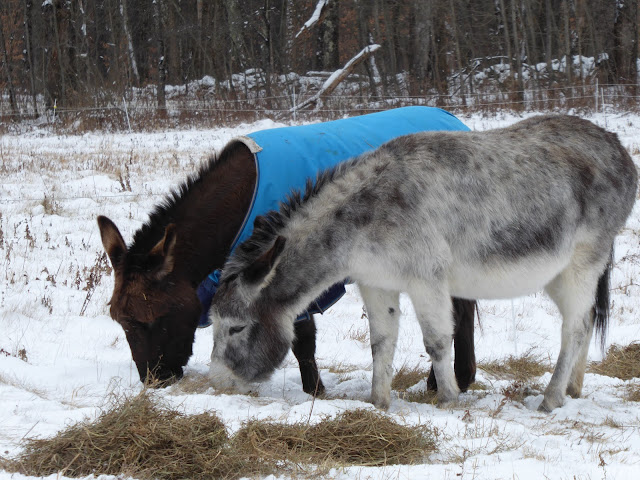 Ramsey was willing, but getting a quasi decent picture of a brown donkey in the snow on a grey day was more than we could manage.

Fortunately, I had one big, nosey volunteer who isn't yet sick of having his picture taken. 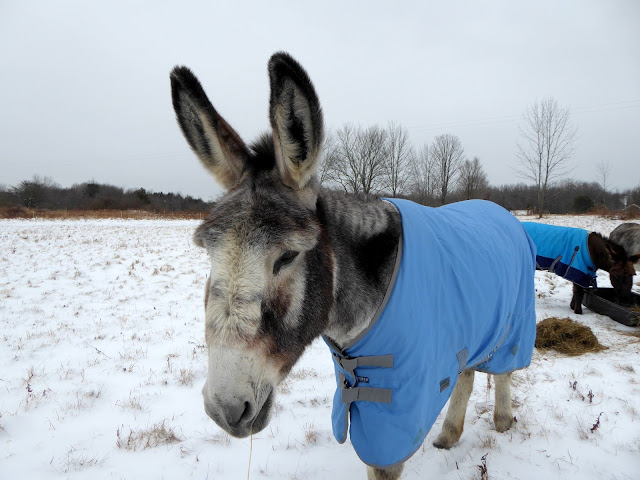 Ben is on some new medication (which I'll tell you about in my next post) and has been having a bit of a tough time adjusting to it.  However, it's been about three weeks now and it is all smoothing out and he is feeling better. 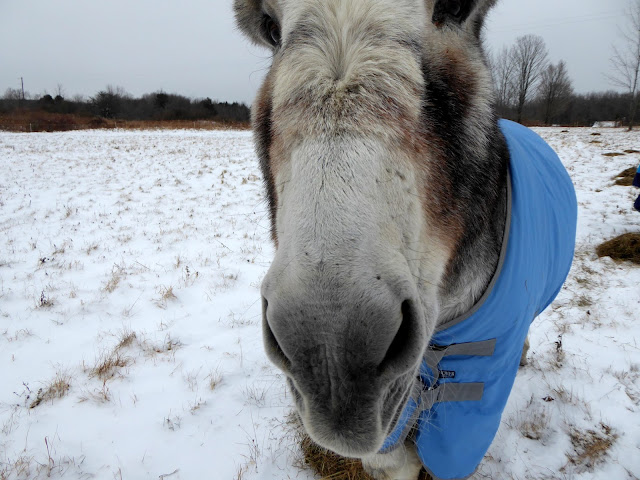 I guess he decided it was time for an up close and personal exam to prove it. 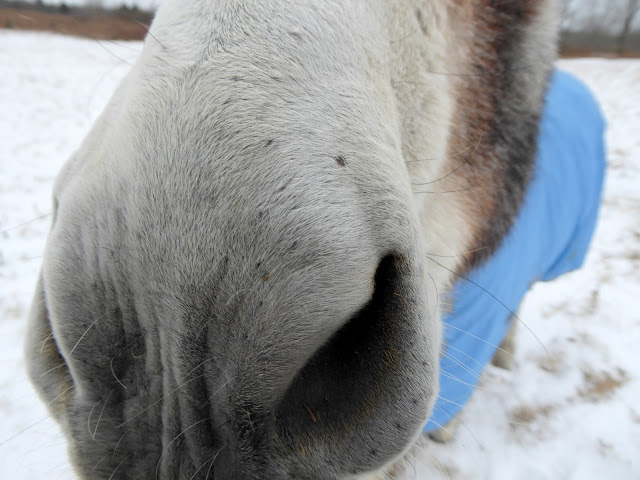 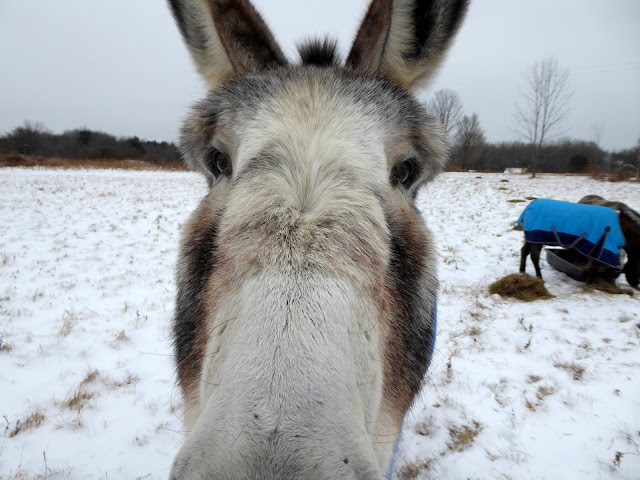 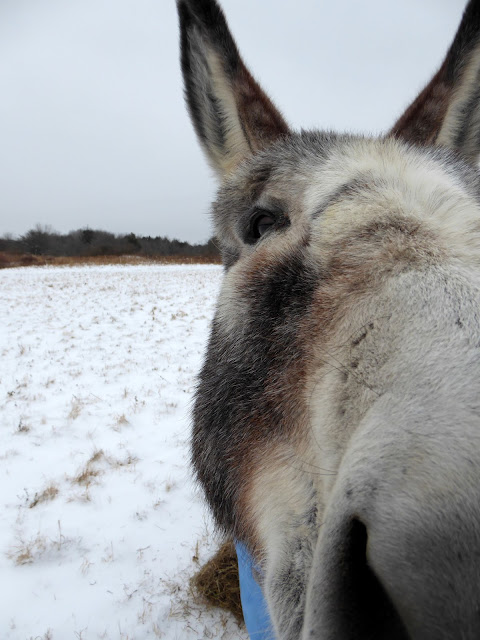 Nose is very soft and smooshy. 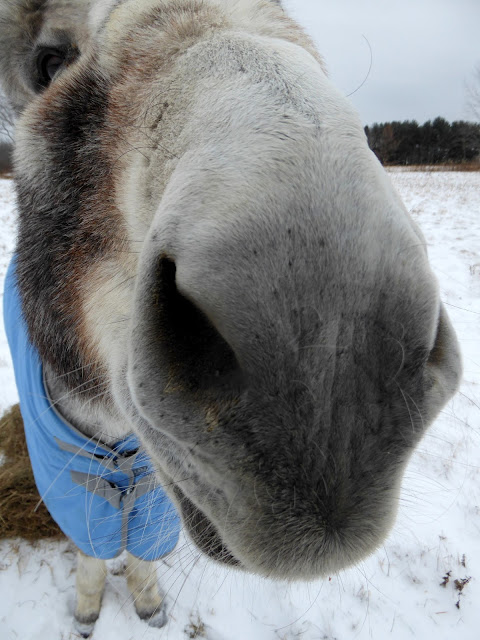 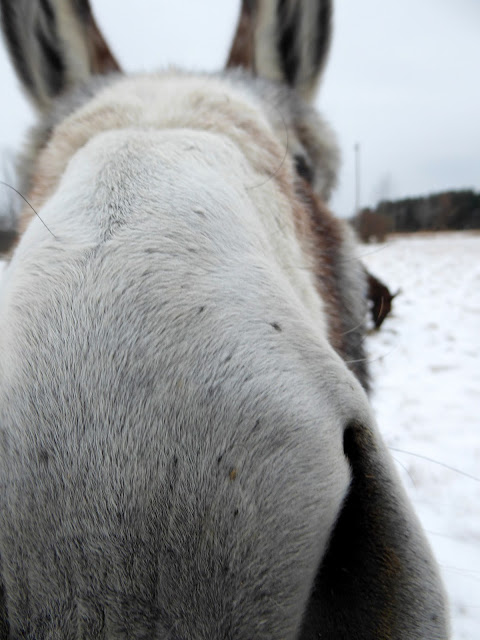 Ears are in fine working order. 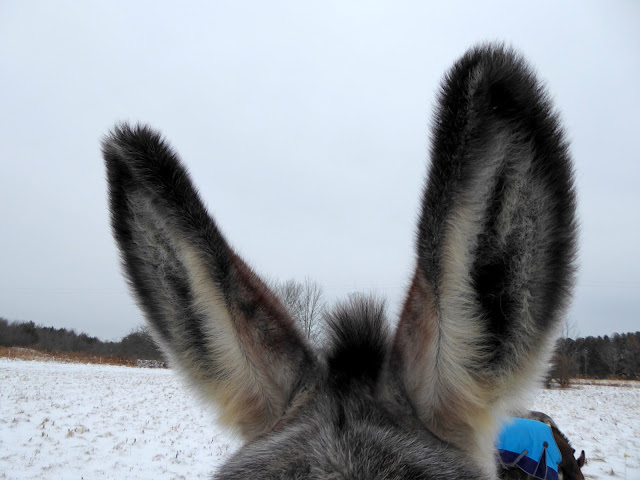 Hearing is acute and well tuned. 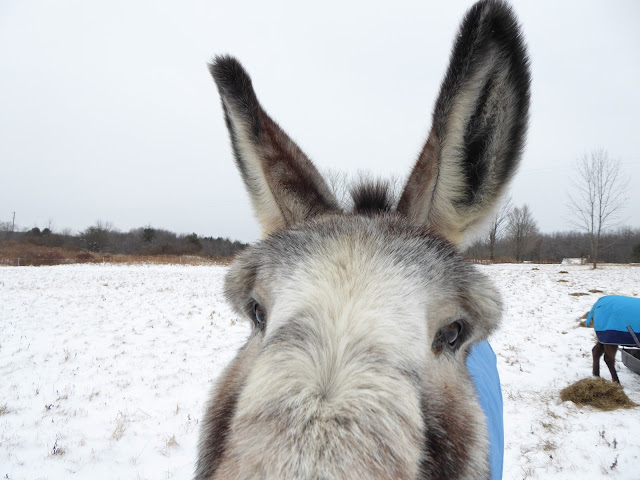 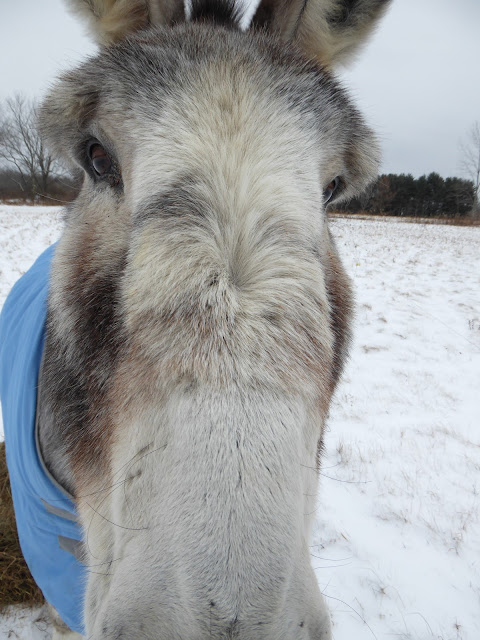 Posted by The Dancing Donkey at 12:13 AM